Do you think you're a bad ass ?

I'm feeling generous - I've had a good week, meeting with terrific people, spending time with my wonderful family - so, even though I don't owe you anything, Mr. or Ms. Badass, I am going to give you a valuable gift. Are you ready?


Here is my present - THE TRUTH - that no one else bothers to give you because they really don't care about you. Frankly, I don't that much, either - hey, we're talking about truth, and the truth is, I don't even know you -  but, like I said, I'm feeling generous today.

Why is your life fucked up?

Perhaps you had a bad childhood - your parents were abusive, absent or addicted to drugs. You went to schools with teachers who didn't care, lousy facilities, old textbooks. No one gave a damn about you.

I understand all of that. I'm sorry it happened. Honestly, I am . That sucked. I'm sure it was hard for you.

Since, we're being honest, though, answer this question:

Did you make it better or worse?

Let me give you two examples:

Every week, I visit schools all around the country where I see students who are ignoring their teachers and texting their friends, having conversations with the person next to them. That's a decision you make.

Often, I talk to students who are making C's or worse in their classes and when I ask them about it, they admit that they are not studying, not doing their homework.

In both these cases, students tell me that the class is "boring" or it's "hard".

Whether it's in high school, college or at work, you are going to have to do some things that are boring and hard.  So, here is where the bad ass attitude comes in:

Why should I? You can't make me!


Nope. I can't make you. I don't even know you so I don't even care to make you. The TRUTH is that if you started out in a bad situation in life (and we already agreed that sucks) then you are CHOOSING to make it worse. Yes, it is not fair that you were born into a family with parents who did not have their shit together and no money and it is harder for you. That totally sucks but you have a choice every day and you are choosing to make it worse and thinking you are a bad ass.


Is being a bad ass really that useful?

Ask yourself, when you are making decisions on how to use your time whether it is useful to you. Maybe you think you are being "tough" and "showing them" and "damn the man". I would question that. 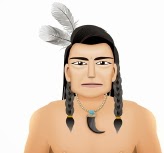 Let me give you a personal example. I am president of two companies. One does statistical consulting and the other makes video games that are pretty cool and teach math, social studies and English. I have four wonderful, beautiful daughters and one was UFC champion, acts in movies and has been in a couple of TV shows. Two of them wrote a best-seller together. I have a Ph.D. , was a world judo champion, published a book , Winning on the ground, and wrote a bunch of scientific articles. I'm sure I've done some other stuff I've forgotten.

If we met, we might have a lot of things to talk about - judo, start-ups, getting a Ph.D., teaching college, raising children - and often people I meet either in person or on-line talk about that and a good time is had by all.

However, there are those people I meet, both in person and online who start conversations with - "Your daughter got knocked out." or "You think you're so great."

Do you think that is going to be useful to you in any way? Erik Erikson said that "It is better to be someone bad than no one at all."

I have to tell you  this - being a "bad ass" is boring and not exceptional at all. You just go into my pile of "people who said stupid shit to me". I  can remember most (probably  not all, but more than you would think) of the people who donated 1 million grains of rice in the free rice contests over the years, to help the World Food Program, people who backed us on Kickstarter or the person I met at a tweetup who gave me good advice about soccer camps for my youngest daughter.

When I was young and winning everything in sight, practically every club I went to visit had some idiot who wanted to prove how tough he or she was by trying to beat me in practice. I can't tell you the number of people who tried to fight me outside. Some of them I did fight.

Know how many of them I remember? None.

My point is, that you think you are being a bad ass by being rude, insulting or threatening to people who might be in a position to hire you, give you an A, give you a recommendation for college, fund your project or whatever. You're not. You're just being stupid, hurting yourself, and not even being original. Next week, they'll have forgotten your name.

The only people you are impressing by being a bad ass are other people's whose lives are equally fucked up.

The choice is yours. 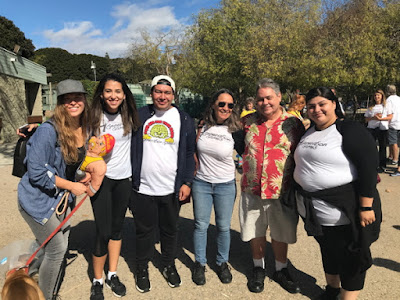 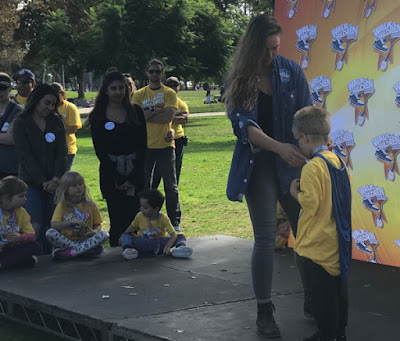 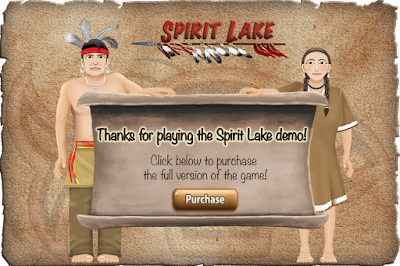 Thank you to Diana Sanchez, Project Manager at 7 Generation Games, for all of the photos and video
Posted by Dr. AnnMaria at 6:11 PM No comments: