I don't have time to read much these days that isn't technical books on things like PHP and I read The Judo Advantage because it was by my friend, Steve Scott. I would have had to come up with some excuse not to write a review if I hated it,  and I'm a really bad liar, so I'm relieved that I can honestly recommend it. 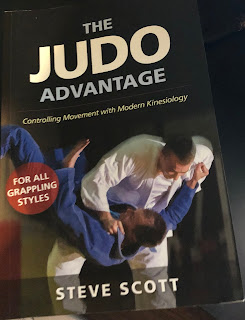 Who this book is for


I can think of four types of people who would like this book a lot.

First, coaches who have a more analytical approach to judo. I don't coach competitors any more, but when I did, this was totally me. When I saw everyone losing to a specific technique, say, sankaku jime, I would go home and work until I came up with a counter to it and my players wouldn't lose the same way again. I never could understand why other coaches didn't do this and their players lost the same way over and over.  This isn't to say the book is all discussion. I loved the section in Chapter 8 on using the head as a third arm and the section on combinations in Chapter 6.

Second, the competitor who has an intellectual approach to judo. That doesn't mean necessarily the player with the most education or highest IQ and it doesn't mean  that those competitors don't work out hard physically. Again, this was me when I was competing. I was always watching my own matches (once videotape became available), planning matches, analyzing why people won and lost. This doesn't mean I wasn't training my ass off, because I was, but the thinking about judo part and looking at it from every angle was yet one more tool to help me win. At the same time, I knew some highly educated people that just went into the dojo and did 1,000 uchikomis and ten rounds of randori and never got any smarter about why they were not able to throw their opponents.

Third, the older adult judo players - and by this I don't mean only senior citizens, but really, anyone who qualifies for masters divisions. These are people who have to show up at work on Monday and aren't doing the competitive circuit but they are interested in judo as an intellectual challenge as well as a physical one.There are a ton of people who love to talk about their ideas about judo. This book is for you, not only to give you more fodder for those discussions, but to enjoy when your friends aren't available and you still have judo on the brain.


If you are one of those people who talk about judo with your friends all the time - why person A is going to beat person B, what happened in the tournament last week and why the same team is going to win again - this is your book.

So, am I saying  that this is "just a book for brainiacs"?  Well, no, I am saying, those people will LOVE The Judo Advantage.

The fourth group of people, though, are those who maybe don't read a lot of judo books, emphasis on the word "read" here and they probably aren't reading this blog. If that is you, though, mad props to you. If you are recommending this book to a friend who fits that description, my advice is to tell him or her to start in Chapter 3. That is when it gets really practical. Tell your friend to skip to the parts with lots of pictures. I don't mean this in a derogatory way but in dead seriousness. Those are the most pragmatic chapters of the book and the ones of most interest to people who don't care about theory but just want to win. Steve probably thinks you should read every chapter, but hey, if you buy the book, you can do whatever you want.

I liked this book a lot because, like Winning on the Ground (hey, I had to mention my own book on matwork here somewhere!) it's a book I wish I had both as a competitor and when I began coaching. I didn't live in an area where there were a lot of experienced coaches around when I started in Alton, Illinois.  Back then, I had a couple of judo books that I used for new ideas for techniques and to learn more outside of class. The Internet and youtube didn't exist back then!

So, Jimmy and I tried to write the book we wished we'd had when we were younger and it is pretty obvious from reading The Judo Advantage that Steve Scott did, too.
Posted by Dr. AnnMaria at 8:30 PM No comments:

Wrestlemania is over. Now it's Judo Con and Back to Work!

It's 6 am in New York City and Wrestlemania finished several hours ago. My lovely daughter Ronda was the main event in a sold out stadium of something like 86,000 people.

It was fun except for the part where Ronda got bruised up a bit. The outcome may be scripted but the bruises, bumps and stitches are real.

People kept asking me questions about whether I was a big pro wrestling fan and whether I understood what a big deal Wrestlemania was and a lot of other questions that I had difficulty answering because I am a terrible liar due to lack of practice. Finally, Ronda got exasperated and said,

"My mom doesn't know a fucking thing about wrestling but she loves me, so she's here!"


Which was exactly the truth. Massive apologies to everyone who asked about Judo Con. I do love Ronda but every time I have to take off sets everything back for days.

So, now it's back to work. These games aren't going to make and sell themselves. 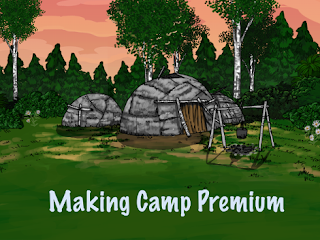 Judo Con is November 8 and 9 in Riverside, CA.


We'll send flyers out in the next few weeks. I was waiting for a few people to confirm whether they could present before making the flyers, and this trip to New York set me back a few days, as did a couple of weeks in North Dakota visiting schools and programs around the state, but that's another story.  We're aiming to have presentations from a dozen coaches/ instructors and I have ten confirmed so far.

A few of the confirmed presenters for Judo Con : Serge Boussyou, Kathy Hubble, James Wall, Ross Nakamura, Brian Money and Steve Scott. As always, the main focus will be on making judo clubs bigger and better - how to be a better instructor and how to get more students. We try to bring together a diverse group and not have just the same people giving you the same ideas you heard the last six times you went to a camp or clinic. Note that list has people from four states and two countries. There are a couple more people I need to reach out to in the next week or so as I get time.

Each day is a mix of about 3 hours on the mat and 3 hours on sessions like Marketing Your Judo School (you do NOT want to miss that one, trust me). There is a also a lunch round table and a couple of hours of directed coaching each day.

Because of the facility size, and because the intent is to have a lot of interaction, the registration is limited to 75, including the presenters.

I really do have a lot more to say about Judo Con, as well as Steve Scott's latest book, which is on my desk at home half-read, but I need to get a couple of hours' sleep before I get up and get caught up on work emails, proposals and two presentations I'm supposed to be giving at tech conferences in the next month.