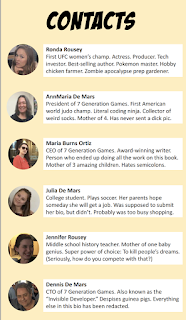 The thing about moving is you bring yourself with you

Therapists have a name for it, "Going geographic".

That is, the tendency of some people to change locations to solve their problems.


The problem is, wherever you go, you take yourself with you.

and, as my friend Steve Scott, adds,

I'll be honest. I moved half-way around the world, learned a new language and I'm still doing pretty much the same thing. Or, as I can hear my other friend (yes, I have more than one), Dr. Jake Flores saying,


"What? You mean you didn't turn into an entirely different person?"

Way too much of my day still involves answering email and, despite that, I still have thousands of unread emails, and that's not spam but people that I think I should get back to.

I still spend way more time than I would like in meetings and much less time than I'd like on coding and data analysis. 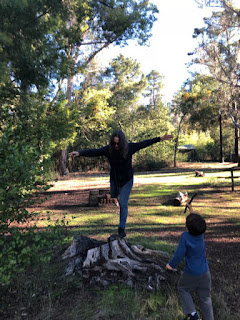 My best times are hiking in the woods and hanging out with my family, and I spend far less time doing either than I would like. A wise psychologist once told me,


People don't change all at once, but "going geographic" has caused a change in trajectory for me

Looking back, I can see that I've changed in 4 ways as a result of living in Chile.

1. I take Saturdays off - I realize most people take Saturday AND Sunday off, but I never have. I'm often asked how I get so much done and one answer is I work 7 days a week, 9 or 10 hours a day.  When Ronda was visiting she asked me what I'd do if I retired. I told her that I had no idea because all I do is work. So, I've started taking a day off once a week. What do I do? Usually, I go hiking for an hour or two. When my children and grandchildren were here, I hung out with them and did stuff like go to the playground.
It's still weird to me to wake up and have nothing scheduled for that day, other than, say, meeting a friend for coffee. I've actually kept to my Saturday off schedule for over a month. When Dennis comes to visit, I'm planning on taking a couple of extra days off one week.  This is a big change for me.

2. I'm 5% less likely to tell people to fuck off, an impact of Chilean culture. People here don't get upset if there is no non-fat soy milk for their latte or if someone cuts them off in traffic or they have to wait an hour for an answer until someone gets back from lunch. In the U.S., it's common to hear people say,

"But I have a RIGHT to be upset if I come in three days in a row and they don't have the product advertised on the sign."


You may have the right but you also have the choice. Chileans choose not to be easily bothered. Maybe Bob is a terrible manager, but if you don't work with Bob, you don't really have to tell him that. Being more willing to let things ride can be a good thing, until it isn't. As I said, I'm only 5% more likely to let things go. If you are interested in the opinions Maria and I have on our travels and life in the window seat, you can read our Startup Diaries blog.

3. I appreciate every day things more now. I like good coffee and central heating, both of which are hard to find in Chile. I miss having my own office. I can read and write very well with relatively effort, in English. I never appreciated that before having to do business in Spanish. I miss libraries and bookstores that are full of books I can read easily. Oh my God, I miss living some place that doesn't have winter! Santiago isn't Sioux Falls or Fargo by any means but it has actual winter where it gets below 50 degrees for weeks on end. I hadn't lived somewhere with winter for 21 years and I don't intend to do it again after this. I didn't realize how much of a drag it was on me until the last two days when it was finally in the 70s. Ronda has been talking to me about building a tiny house for retirement. I was intrigued by the idea but now I know for sure that if it's anywhere that has winter, I'm out. Maybe a tiny summer house.

4. Really starting to re-evaluate the time I spend on things I don't want to do. I've been saying for 30 years I want to do more research. Yet, no matter whether I'm in Santa Monica or Santiago, my time gets eaten up by answering a thousand emails a week, meetings, presentations. Yes, I know that our games are helping students learn. I know that our teacher resources are a godsend for many teachers. However, I've been working 45 years. I started working full-time when I was 15 and I'll be 60 next week. I've taught judo as a volunteer for almost as long. I've given so many guest lectures and conference presentations and seminars that I've totally lost track. So, I've decided that if I want to take an hour off and go walk in the park, that's fine. I'm starting to evaluate my success based on the number of times I say, "No" to opportunities that would take up my time.


Like this blog? Help a sister out by downloading Making Camp: Premium . It's under two bucks, fun and educational! What's not to like? You can play it on your iPad, Android device or on the web on your computer. For kids and kids at heart. 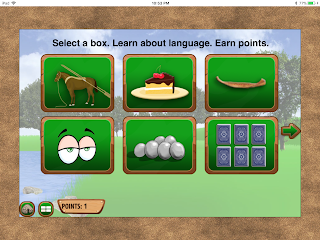