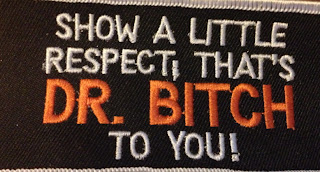 Before anyone gets their panties in a bunch, no this is not due to any specific thing Ronda or anyone else did. It just happened to be what I was thinking about today. In fact, I was really thinking about what great people my three friends, Dawn Beers, Becky Scott and Laura Brown were for putting up with all of my shit all of those years.

When someone is getting ready to compete in the Olympics, for a world title or other super-fight type of event, you need to cut them a little slack. Let me give you my own perspective:

I have been training all of my life for this moment. Yes, there have been other events, national championships, other international events, but those are in the past. As my coach always said, you're only as good as your last match. At that moment, that's how I feel. The world as we know it is going to end - at least for me - if I don't win. It's the first thing I think about when I wake up at 5:30 in the morning and run sprints up that God damn hill, combine two of the things I hate most, getting up early and running sprints. It's the last thing I think about before my head hits the pillow after three workouts - God, I'm sore and tired and I have to win. All one thought without a breath. And I'm hungry. It's been so long since I had ice cream, I've forgotten what it tastes like. To hell with ice cream, I'd like to be able to just sit down and eat a meal without worrying about how much weight I'll have to run off at the last minute. I've got it all planned out in my head, what I need to weigh when, how much I can sweat off in the sauna. I've watched videos of my competition until I know her game plan better than she does. One more workout for the day and then I'm going to drink some water and go to bed ...


And then some cheery voice says .. .

Hey, do you want to go the mall and get frozen yogurt with me?


What are you crazy? Fuck, no, I don't want to go to the mall and get frozen yogurt with you!

Hey, are these your nasty, sweaty shirt and sports bra on the floor?

And I yell back,


Who the fuck do you think they belong to? Do you see anybody else sweating their ass off in here?


The fact is that super-competitive elite athletes, as a general rule, are at the absolute heightened edge of anxiety in the few weeks before they compete. Coaches or parents who point to that one person who is calm as can be before their match are not helpful. That person is no more normal than someone who eats all they want, never exercises and is skinny as a rail. Good for them but don't plan your training by their experience.

No, I say that you have to give athletes a bitch card to punch, like those things you get when you buy lots of yogurt. After the tenth you get a free one. Except this is the opposite. You get so many punches on your bitch pass. When the match is over, you have used them all up. 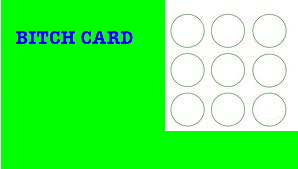 To people who say this is treating athletes by special rules, I say, not so much. Look at it this way, if your spouse or child was about to go into an interview for a terrific job, is that the point when you would ask him or her to stop and pick up the milk on the way? No, you'd give them a pass. If your child has the SAT tomorrow, do you make them clean their room? No. You're not spoiling them. You are recognizing that doing well on the SAT is probably more important than giving them a life lesson in responsibility at that precise moment.

If you understand this, you and the athlete in your life will both be a lot less stressed. You will also understand why, when 17-year-old Ronda walked in the door, back from the Olympics in Athens, her sister, Jenn didn't even get  up off the couch and instead said,

"I don't care where you've been or what you've done. It is SO-O your turn to change the cat litter."

Fund the Kickstarter my company is doing for a computer game that will replace math.
It's awesome. Seriously, even if you can only pledge a $1, it matters. I know you have Internet access because you are reading my blog, so get over to Kickstarter and pledge.

Buy our book, Winning on the Ground. It's out as an ebook and it will teach you to - win on the ground, duh, what did you think?
Posted by Dr. AnnMaria at 10:22 PM

Well said. I think this can be said of anyone who puts their heart and soul into what they do.