Why I don't give a damn about winning medals

There was a time when I cared very much about international competition, first as a competitor and later as the parent of a competitor.

I'm very ambivalent about it now. Although it was a great experience for me, I have seen the results be mixed or even overwhelmingly negative for so many people that I feel as if I dodged a bullet.

I teach a class of tough, motivated, hard-working kids in an urban school. They are just starting judo at an age where most kids in the area are dropping out. Well-meaning (and not so well meaning) people encourage me to take them to all of the local tournaments and suggest that a few of them could even be successful on the national or international circuit.

For even one of these kids to compete at the national level would take a lot of money. Who would it benefit? In the wise words of Julie Koyama,

Funding one gifted kid is not a development program.


For the cost of sending one kid to a single national tournament, we could pay for water for every kid at practice for the next two years. (Actually, we have water paid for this year thanks to a donation from Orange County Judo Training Center - THANK YOU that was an amazingly kind thing to do!!!)

For the cost of sending that same kid (or another one), to a second national tournament, we can buy judo gis for five or six kids. (We bought gis for 7 kids and t-shirts for all of the class thanks to a donation to my friend from Italy who I have never met, but THANK YOU also.)

Even if we had the money, who would it benefit? Yes, we do take as many kids as we can to one tournament out of state each year. The last two years, we went to Kansas City. We also took almost everyone on a judo weekend trip a couple of hours away where we had a workout with the team from Millenia (thanks to Gary Butts) and then an inter-club tournament with Guerreros and friends.  This year, we are planning to do that twice, once in the fall and once in the spring.

The answer to who that benefits is  - as many kids as possible.

Too often, the person who benefits from taking students to a large number of tournaments is the instructor. His or her ego is stroked by having students win, sitting in the coach's chair, getting complimented by officials and other coaches who want to USE that young person to win medals for their club or organization.

Here is what I know, and pay attention, because this is important ....

For far too many people, the only happy moments in their childhood will be those they spent on the mat.

For others, the time they spend in judo will make them more physically fit, better able to face their fears, more disciplined and self-confident. 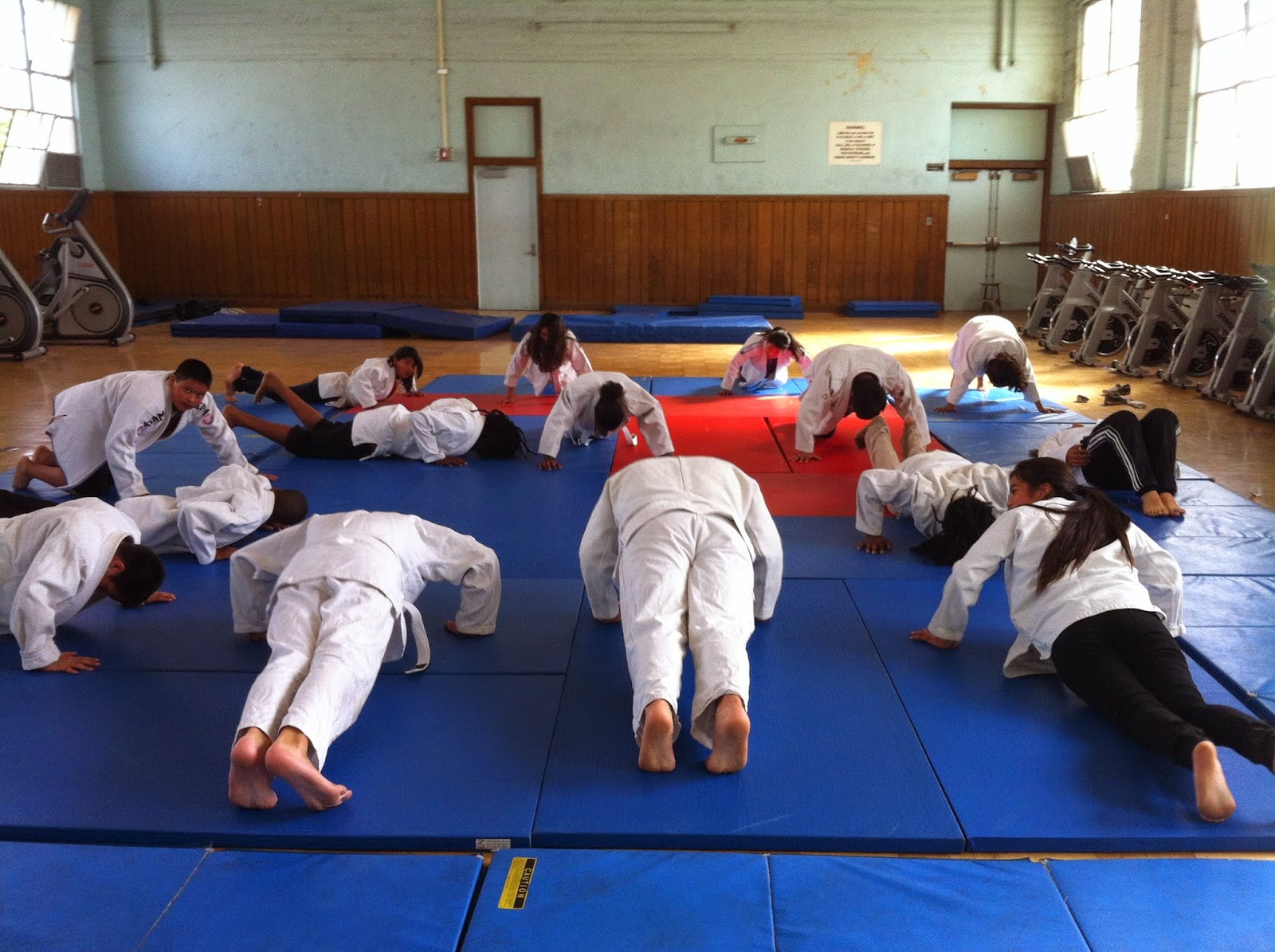 This is why I teach judo.

I have very limited time. In my day job, I'm president of a group of technology companies. Every week, it is an effort to carve out a  few hours for judo. As you can see, every inch of our mats is taken up.

In his book, Inequality, Christopher Jencks argues that ....

The judo community seems overrun with people who see these kids as a means to an end, run through enough of them and we can produce an Olympic medalist.

I don't see it that way. Every day is an end in itself.

Well said. More coaches need to get this perspective, not only judo coaches.

Another Judoka said the other day that he was questioning why he was doing judo. I could ask the same question of myself. I'm over 40, why am I learning Judo. Have fun! Plain and simple!

BTW.. I just earned my yellow belt. Smiles from ear to ear! :)

Our family was very involed with Judo for several years. Our memories are less about the medals, (though the kids did win a lot) and much more about the friendships, trips, meeting people. Gene Lebell joking around with my kids? Awesome. Hayward Nishioka's cat molly, pee'd in my running shoe when he let us stay at his house. (Ask Dan Alef if you don't believe me). Telling my friends, "Yeah, I know Ronda". Cheap name dropper that I am. Anyways, I agree, so much more to Judo then competing. Though that was fun, too.

Good words. One of the great challanges for judo is to keep the level of "hobby judo" up. There's a risk that we have either olympic level training or soft judo for those who avoid randori. Nothing in between. No place for the 22 year olds who fall off the olympic train. What's missing is recretional yet tough training and competition for those who like it. Of course you can always go to bjj (which is a great sport) but you're missing a good deal of judo-fun there. Actually, it's not my problem, it's judo's problem, I train both judo and bjj anyway, because it is even more fun than training just one sports.