Something I learned as a grown-up: More than one way is right

It's been 17 years since I lived in North Dakota, so when I go back there these days, it's often like a high school or college reunion. Well, I assume so, anyway, not having ever attended a reunion. 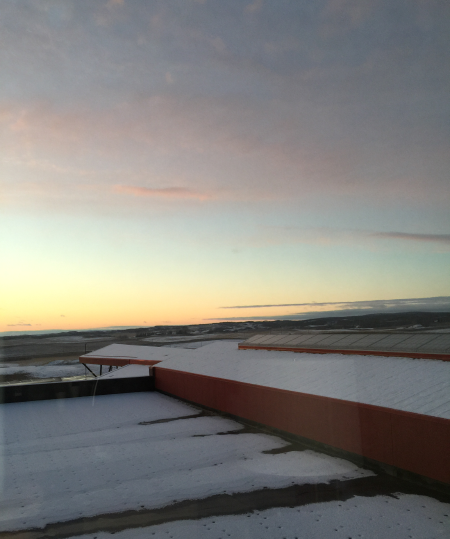 People I knew as small children are now running programs, writing articles I read in the newspaper, parents of five children - or, in prison or drug rehab.

It's funny how much they remind me of myself at that age, and that is an embarrassing admission.

When I was younger, I was so-o sure that I was right about everything. Hell-bent on telling you so, too, and making you see things my way because, God damn it, my way was RIGHT! I was just convinced I was the smartest person in any room, and determined to make sure that everyone else knew it, too, because everyone would benefit from knowing the right answer and doing the right thing. Right?

What I failed to do (just like many of them), was consider anyone else's point of view.  Since, like a lot of the young people now, I was well-qualified for the work I did, worked really hard and tried my best to do what was in the best interests of the organizations where I worked, I couldn't see how anyone could disagree with me unless they were either a) stupid or b) a bad person. Sometimes, that is true. Sometimes, but not always.

Several years ago, I was arguing with Chuck Jefferson, someone I respect a lot as a person, as well as a judo player, and he said to me,

I don't agree with you. I know you believe very passionately in what you say, but that doesn't make it true.


Everyone is wrong sometimes. I don't know whether or not I was wrong on that particular occasion, but the point was worth remembering. No matter how sincere and competent a person may be, that doesn't make them right.

If I could go back to myself at that age, doing the exact same thing, I would suggest,

Ask those people what they want done for them. Maybe they want something completely different. Maybe all they want is to be left alone.


The danger for young people who go to the best schools and are always at the top of their class is that they go out into the world convinced that they know best and - they don't always. Sometimes, they are just plain wrong, and there is no shame in that, as long as you don't make a habit of it.

That is the flip side of being always right. When I was young, I could never be wrong because - well, I'm not sure why.

It is the same thing I see with many young people, now, though. If you suggest they might have made a mistake, it is like an argument before the Supreme Court, all of the reasons why what they did was justifiable and even if it wasn't, it was not their fault. This is so much the norm that I was extremely impressed when I brought something up to one young person and got the response,

That was a mistake and it was my fault. I take full responsibility. I should have been more careful in that case and I wasn't. I have no excuse.


How could I be so impressed by someone who admitted making a mistake as opposed to all of those other people? Mostly because I'm pretty sure that person won't do it again. People who won't face their mistakes are more likely to repeat them.

Here is the other thing I have learned over the years, and seeing people decades later, just reinforces it - there is not just one "right".

I truly believe what my grandmother always told me, that every talent you have is a gift from God and you should do as much as you can with it to make the world a better place, because it's not like you have anything God needs to pay back that gift. I work really hard to make games that teach math because I believe that kids fall out of the school system when they start to believe it is too hard for them, they will never succeed. In 90% of the cases, that's not true, they just need support. Maybe they missed some step, say, didn't quite get the concept of decimals. If we could back up, fill that in, and go forward, they'd be fine. ( Shameless plug: You can learn about our games, buy a game here or donate it to a school. )

On the other hand, there are people who chose different lives and, twenty years on, they are satisfied with their choices. They chose to be a teacher, a nurse, a farmer. They were faithful spouses, good parents, honest citizens and are now good grandparents. They worked 9-5, came home, cooked dinner and watched TV.  They never traveled more than 50 miles from the place they were born and now that the mortgage is paid off they are retired and watching TV in that same house.

I wasn't right and they were wrong. We were both right.

That is one of the things that I have learned as a grown-up.

Wisdom dictates that your endeavors at the present time are far more important than a fistfull of Judo world championships. Teaching the language of the universe (mathmatics) is paramount...especially in this country, where aptitude scores have steadily declined over the past few decades.
I thoroughly enjoy watching mma. It entertains me. But age, experience, and wisdom have taught me that there can be no endeavor requiring more self-centeredness than competitive sports. For a child to learn, understand, and retain mathmatics is the greatest gift a teacher can give. The complete understanding of our solar system and our universe demands it. I applaud you...I just wish parents/teachers would start teaching more advanced techniques to children at earlier ages. Children are sponges that soak up all that is put before them.

But WHY, anonymous, would you point out that they are not making strawberry shortcake? That is a serious question. Why would you do that, assuming they did not ask you? What is your motivation? It is to prove you know best? Maybe they like their spinach shortcake and have been happily eating it for years.

Anyway, that's not usually the case, though. It's more like a person making peach shortcake or not wanting dessert and the other person insisting that they SHOULD want strawberry shortcake because it's good, right?

The motivation is for the greater good. I may not be very old, but I've been around long enough to see what happens to a society that gets things twisted. Those ideas then begin spreading like a plague and infecting the minds of the gullible and well-meaning.