I have no real problems

Here are my biggest problems today:

My point is that we all get stressed out about things when, at least at the moment, we have no real problems.

Yes, if we don't sell enough games, then we won't be able to continue making them, we will have to lay people off and either Dennis or I might have to take a job that involves getting up before 10 a.m. EVERY day, driving into traffic EVERY day and  get dressed more or less respectably EVERY day  - or at least five days a week.

But wait, you might say, if you were still with me here, that is a REALLY HUGE problem, having to lay people off, etc. etc.

Well, yes, if it actually happens but we don't have any particular indication that it will. In fact, Fish Lake is going into six schools in five school districts the week it comes out and then we have another school scheduled for the following week, in a sixth district.

My point is that like most people, what I have are problems that fall into the three unreal varieties:

1. POTENTIAL problems. Maybe at some point we won't sell enough games. Or maybe we will, and we will make ONE TRILLION DOLLARS, everything will succeed exactly as planned and better and we will all be kings! Hurray! Either way, right now what I have is not a real problem but a potential problem if this happens and that happens and some other thing happens. Really what I worry about much of the time is things that could possibly happen - and they usually don't.

2. Problems that we choose to have. We live in Santa Monica. There are a great many places in the world where we could move that have a vastly lower cost of living. We could go live in a trailer in central Florida and pay $200 a month rent, live off of our retirement funds and never work again. That may seem like an extreme example, but the truth is many of us think we have problems because we have a certain material standard of living we insist on having. Having a choice isn't a problem. It's a privilege.

3. Problems that are actually minor inconveniences. I got a parking ticket because I forgot to move the car and Julia's car was parked in the garage downstairs. We are out of my favorite kind of beer. I have to get up earlier than I would like. I can't find a flash drive. My candy stash is low. 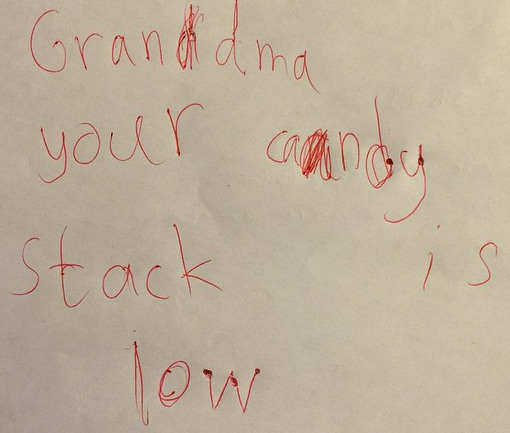 Next time you find yourself stressing about not finding a parking space, being late to a meeting or out of your favorite kind of beer, just remind yourself,

"I have no real problems."

dr annemaria love your sagacious advice as always i would like to see pacquiao beat mayweather in may if fight happens what did you make of the jon jones drug fiasco?

You should go on Shark Tank!

As usual you are entirely correct...
Examples of REAL problems:

X class solar storms
Gamma ray bursts from nearby hypernovas
People that think they know more about
predicting techtonic shifts than they really do
Space debris in the form of very large rocks
...and so on and so on just to name a few.

Sometimes people tend to forget because they are all consumed with the everyday minutae of their day to day existence.....where they really are in the ultra grand scheme of things.

The volatility of our existence is the ultimate reality.

Yeah! You better stack up on your candy or you will have a real problem. Hahaha! :-D

People have a relatively short attention span. I think we can all easily admit to that, speaking in general. We mostly directly care only about whats nearest to us and although today we can get all kinds of information from all over the world, it still doesnt get into our everyday inner care range. Which got to be a bit larger but is still pretty focused on the immediate things that surround us.


So its almost a kind of unfortunate natural consequence that we get too accustomed to our subjective everyday and then start to see small problems as "very big problems"... simply because we dont experience any other ones.

Not everyone is capable of taking a step back and realigning the minds focal point to take in wider view and more objective facts.

Its hard to do even when you are aware of this human issue. And impossible if you are not aware of it. But its something thats very valuable and should be taught and trained in schools, as much as some other valuable skills.

Traveling to some country that is not as nice usually does wonders to people who got too blinded. Traveling in another ones shoes always does the trick.

But if possible, we can all benefit from stopping a minute and re-evaluationg our perspective.

Just wanted to add that was all said from personal experience too. Not trying to sound like a smarta..