When I was 15-year-old brown belt, I lost in the national championships to a woman named Linda Richardson. She arm barred me. I got third. I'm still pissed. Linda won the British Open that year, I think.

Actually, Linda was a pretty nice person, a very successful competitor and she had embroidered on her black belt the words:

I was thinking today how many people misunderstand that idea to mean that if you really believe hard enough that you'll win, that somehow in the middle of a match it will magically come to you and you'll triumph.

A few years after I lost to Linda, I was 18 years old and in the finals of the U.S. Open. Diane Pierce, who had by then won the national championships at least six years in a row and also won the British Open, beat me by an arm bar. I'm still pissed about that, too, but at least she made up for it by giving me some very good advice at the time, and, years later, when I moved to Los Angeles and she was coaching, helping me a lot with my arm bars.

You might think, based on the fact that both of those losses were by arm bar, that I wasn't particularly good at matwork, lost a lot or was a sucker for arm bars. None of those things are true. I was pretty good at matwork, although I eventually got even better, and I lost very seldom.

The fact is that in both of those matches I was overconfident, because I did win a lot and both of those women were very, very good. After each loss, I tried to look at what they did that I didn't do. It was quite simple. They had been doing judo longer than me and they trained more times a week. Hours on the mat matter.

After each loss, I didn't go home and just say,

Oh, I know I can beat them, they aren't really better than me. I believe in me.

Instead, I practiced more often. I moved to Colorado Springs and then to southern California so I could have more opportunities to practice. Also, running along the ocean in San Diego is a lot nicer than running in the snow in Minneapolis or 100 mindless laps around the field house at the University of Minnesota.

I truly believed that I could beat both Diane and Linda eventually. It never happened. We never fought again. They both retired a few years after I fought them - Diane because she was much older than me and Linda because she realized there was no money in judo and went off to start a career. Although I never had the chance to beat them, that belief and the training it drove me to do led to me winning a whole lot more and at a larger scale than either of them did - because of losing to them. 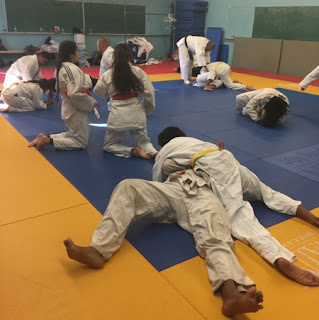 We have several new students in our Gompers Judo program this year, just like every year, mostly sixth- and seven-graders. I noticed during the warm-up that a few of them had a hard time doing all of the push-ups and sit-ups. We did 20 jumping jacks, 10 push-ups and 10 sit-ups in a circuit. After a 10 second rest, we'd start again. For a lot of kids, 60 push-ups and 60 sit-ups in a couple of minutes is a lot.

I told them all that they should be doing exercises at home. I don't care if you don't have a gym membership, there's no place to do sprints and you can't jump rope or do jumping jacks because you live in a second-floor apartment. Everyone can do push-ups and sit-ups during the commercials while watching TV.

If you really believe you can be an athlete, a champion or just be better, you will get up and do those exercises.

Belief makes you stronger because of the way believing makes you act. No matter how old you are.

Learn the difference between believing, wishing and denying. 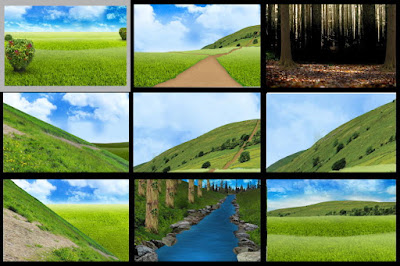 This isn't a map to victory (sorry). It is from the game Forgotten Trail. Runs on Mac, Windows and Chromebook and teaches statistics and Native American history. Only five bucks! 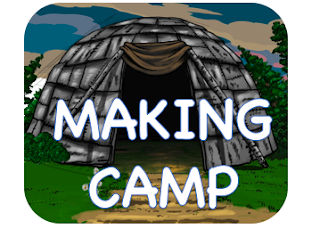 If you stop learning in this world, the world rushes right by you