Life after judo competition - the horror !

Do you ever wonder what happens to those elite judo players after their peak competitive years are over? You see them at the dojo every day for years on end - and then they are done on the international circuit, maybe get married, have a couple of kids. Ever say, what happened to ....

I thought it would be fun to post some follow ups on some of my former teammates. One of the more interesting, of many, is Brian Herskowitz. He was a top player in the lightweight division for many years, originally from Texas, competing out of Tenri Dojo in Los Angeles, along with yours truly. Where is he now? He says he's still competing because he is winning the masters divisions. I'm going to ignore that. 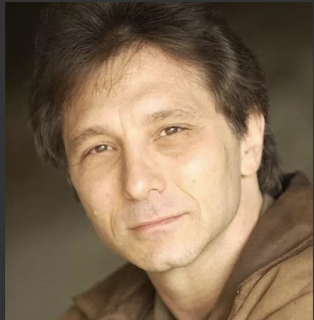 Here is where the horror comes in.

Brian started a career in Hollywood when he moved to California. He has been a writer and producer for years. He is currently the chief creative force behind the Horror Equity Fund. I'd encourage you to go check it out and invest.

So, yes, he went from judo competitor to actor to screenwriter to producer and now he manages a fund that invests in horror movies. I asked him why horror and he told me that it's the genre that has the highest return on investment. Think about it, most of the comedies or action films have high dollar talent, costing you millions of dollars. Horror films need a couple of blondes, a dumb neighbor and a guy with a chainsaw. Okay, well maybe it is more complicated than that, but you get my point.

If you're a judo player and at all interested in horror films, investing or just want to tell people that you financed a movie, you should take a look at Brian's current project. It's a little different than the crowdfunding model my company has used, where we pre-sell games and if we get enough backers, you get a game, a poster or some other product. Crowd equity allows you to invest in the production, so if you invest $100 in his fund and the films they make end up making 20% profit, you get $120 back.

Seriously, if just everyone he competed against invested $100 in this project it would be funded today and I know most of you people are in your 50s and 60s by now. You have to have $100 saved up and your life isn't THAT exciting (oh, hush up, I know you people) that you wouldn't like the chance to be part of producing and financing movies. Maybe you'll make a few bucks. Who knows?

Back a fellow judoka!

I know from having done projects like this myself that the NUMBER of investors matters. If you can go to a meeting asking someone to invest $100,000 in your fund and say, "I had 450 people back us in a crowd equity campaign" that provides some evidence that you can generate interest in your project.

When we did our Kickstarter campaigns, I really appreciated the support I received from some of the people in the judo community. It's nice to know that people are still interested in you and what you are doing.

As for what the rest of the judo players from the 1970s and 1980s are doing - if you know, please post it in the comments. We all know I'm really nosy.

Thank you for the amazing shout out AnnMaria... By the way, I still compete in the Senior Nationals... I just don't win anymore.