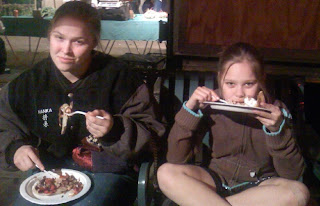 and if it offends you that I used the word "hell" in the title, don't send me email, just don't read this blog. It's not assigned reading for your class at a public high school, for crying out loud!

I cannot believe my last blog was days ago. My niece predicted that once I was retired that every blog entry would be ten pages long and I would be starting a third blog. Not quite. I am almost feeling sympathy with women who don't work and complain about how they don't have time to do anything. I said, "Almost".

My strongest oaths to the contrary, some of this judo administrative stuff has started sucking up my time. I ended up making the USJA page for Koka Kids magazine (how did this get to be my job?) I needed to write a couple of short articles, select subjects and find high-resolution photos, because you cannot send the same quality in for a magazine as you use on a website. It will come out looking very unprofessional - kind of like submitting a copy of your driver's license photo for a feature in Sports Illustrated. For the USJA Junior Nationals article, I settled on Bobby Lee, since he was USJA athlete of the year recently and also won the USJA Nationals a few times. Good thing Ronda is home, since she had his email to request an action photo. In true judo player fashion, he called his mom. Thanks to Pam Lee, and to a photo CD from the irreplaceable Jerry Hays, with shots of Ronda and Julianne Vandermeer from Canada, I made the Koka Kids deadline.

When I looked at my calendar, the only thing on there was "Julia's gymnastics class at 4 p.m." However, I also drove Samantha to school, picked Julia up at school, took Ronda to Fed Ex to mail 19 pages of paperwork for the Olympics (I am not exaggerating) which involved calling 20 people (yes, 20!) to try to get the team leader's address and getting TWENTY people's voice mail (!!) while Ronda went through 19 emails and finally (thank God for iPhones) found the address. We went to the Culver City Farmer's Market to buy food and get crepes from Thierry who is not only a really good French judo player at Sawtelle Dojo but also the owner of Crepes Dusigne in West LA. As you can see by the photo, Julia and Ronda are Thierry's biggest fans. He also has a killer harai goshi. After umpteen more errands, a horrible thought dawned on me:

"What women who don't work do all day is ALL of the crap that no one wants to do!"

When we were both working, my husband and I split all of the boring tasks - driving kids here, there and everywhere, grocery shopping, laundry. Now, since he is working all day and I am home spending our money, I feel obligated to do it all. Which led to my second revelation:

This kind of blows.

When I was thinking I would retire and have time to reflect on my life, this is not exactly what I had in mind. It hasn't all been bad, though. When I think back on the last few days, what I did was: 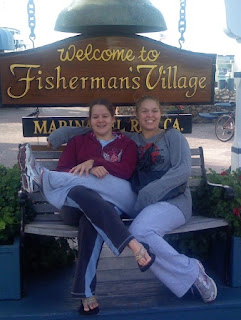 I am thinking .... retirement is good ... time with my family is wonderful... but maybe I could take just a little bit less of it.

One way to break this habit is to constantly remind your students, or yourself, to move that foot back. Another way,how Ross Nakamura (shown below) does it is to pull the other person on to you. 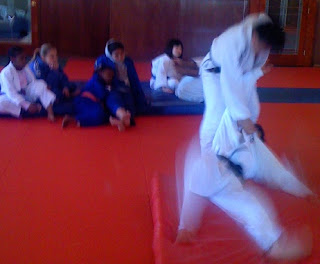 One really good point Ross made was that you should be correcting yourself each time you do the throw to make it better, so that if you catch yourself the first time having one foot in front, you should try to make sure your feet are even the next time. I liked the way he had the players do uchikomis back and forth across the mat and focused on self-correcting each time. This is an especially smart idea for those people who are not able to get to practice a lot or live in an area without a lot of judo players, it is something you can work on by yourself, for hours on end if you are so inclined.

I wish all the younger kids had been there at the tournament the next day to see Ross fight. He threw someone on his way to winning the division with the prettiest seoi nage I had seen in years. I guess this stuff works and he WASN'T just making it up!
Posted by Dr. AnnMaria at 11:28 PM

What do you think about the concept of tanden? Do you use it in everyday life, in walking and moving?

Margaritas are the essence of life. The best are definitely at Jimmy buffet's in Key West. One day, you, Bregman and I will go there and toast the sunset at Malary Pier.

Super Congratulations on Ronda's Gold. We all expected it and appreciate her hard work.

Left foot foot on right side Seoeie Nage...I scream at the kids when they do it and after a thousand or of my yells at them, they finally begin to get it.

I have been to Jimmy Buffet's in Las Vegas. If you come out for the Olympic Trials, maybe we can grab Bregman and all go out for margaritas afterward.

What do you think about the concept of tanden? Do you use it in everyday life, in walking and moving?