No one was impaled with a chicken, and other words of wisdom 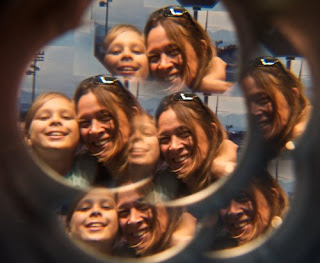 If you are a young person who is having a difficult time in life, I wrote this for you.

Other people might not understand it, and certainly some people will say, "There she goes again, talking about the things she's done and how great she is."

I don't care. I did not write this for those people. I wrote it for you.

The end of the year is always a terrific time for me. I absolutely love Christmas, and on top of it all, I get more spare time than I usually have, that is to say, at least 12 minutes a day. While, surprisingly, work has not slowed down so much, I do have more time on the weekends and evenings as most judo clubs are taking a break. Today, Julia asked me if I would sit and watch Matilda with her, which I didn't really, because sitting down staring at a screen falls just above stepping on live snails in my bare feet on the list of things I like to do. However, the movie made me think of how much my life is different now, and how many young people in the world are still in situations that are far, far from the life they want for themselves.

In judo, one of the recommendations I make to coaches just starting out is to think about what you would say, if you could go back to yourself at 15 years old that would have helped you in your judo career. That is probably a good start for working with the 15-year-olds you are coaching now.

If I had to go back to myself at ten, or twelve, or fifteen, the most helpful thing I could probably say is,

"Trust me, it will all work out the way you want it if you keep working hard and don't give up."

"I wish I had Matilda's life. Not her parents, I love my mom and dad, but I would like to have her powers."

That was one of the things I wanted to work out, that as a parent, I would have children who completely unselfconsciously and matter-of-factly loved their parents. 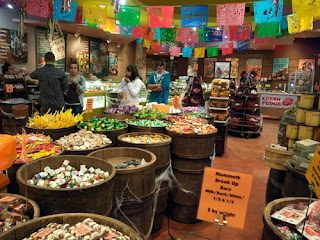 When I was young, we had NO extra money. Any money we spent on judo gis or tournament entry fees or new clothes for school had to come out of something else we could have used just as much or more. When I was a kid, I wanted to have enough money to go into a candy store and buy whatever I wanted. Adults told me that it wouldn't be as much fun when I became an adult. Those people were wrong. Yesterday, for the umpteenth time, I went into the candy store and bought whatever looked good. Just like always, I was every bit as happy doing it as I thought I would be when I was ten. When I became a young adult, I spent all of my time working, training and going to school. I ended up with four degrees and a career where I am always employed and never bored. Plus, extra added bonus, they pay me money. There have been times when it seemed as if I was missing out. I worked from 8 a.m. often until 1 a.m. the next morning. I was always reading journals, writing reports, grading papers. The good news is that the day will come when the medals will all be won, the degrees finished, the dissertation written. Now, I regularly go to the Aquarium of the Pacific, the Natural History Museum, the Getty Art Museum.

First you sow, then you reap. If you are a young person building a career and a family, know that there will be time eventually for the trips to the aquarium, museum, Bahama Islands and more. Try to fit in a little time now, though, just so you know what you'll want to go back to more often later in life. Rest assured, it doesn't have to be this way for the rest of your life.

My long-time business partner, Erich, taught me that anyone who travels a lot for their career needs to make time to appreciate the scenery. Whether you are traveling for competition or career, schedule an extra four hours to see the monuments at moonlight, the Mona Lisa, the summer palace of the emperor. Yes, I spent far too much time in airports for my taste, but I also have been to every building in the Smithsonian, the cathedral at Cologne (Koln), seen British gardens, Chinese junks and the monthly tournaments at the Kodokan.

We went to Knotts Berry Farm yesterday. As Gary Butts so eloquently put it,

"They let about a million too many people in here."

It was a good idea, get in free if you bring a toy for the Toys for Tots program. However, since you could bring a toy worth $10 and the usual cost for Knotts is over $50, tons of people came. By 3:25 when we finally decided to leave, you literally could not move among the crowds.

So, I called Medieval Times, and it turned out their next show was in five minutes and we were two blocks away. Julia, the three Butts sisters and I decided to have an impromptu judo-queens-meet-knights-in-shining-armor event. It was great. There were horses walking on their hind legs, a falcon flying over our heads, beer, an enormous medieval meal we ate with our hands, lots of sword-whacking, galloping horses and shouting. It was way more food than anyone the size of a regular human being could eat, and since we were distracted watching the knights, kings and occasional pooping horse (hey, what do you expect, they were REAL horses), we ended up taking some of it with us, the food, not the horse poop.

On the way home, Julia and Erin kept up a twenty-minute sword fight in the back seat of the van, then alternated between sword-fighting and pretending they were using the glowing blue swords to perform operations on other passengers, causing Amber to finally exclaim in exasperation,

"If one more person pokes me with a sword or tries to do laser surgery on me, someone is getting impaled with this chicken."

I thought to myself, hmmm, this goes on to my growing list of things I thought one would never have an occasion to say.

I get to do a lot of stuff at the drop of a hat - go to Medieval Times, Knotts Berry Farm, the Wild Animal Park, Bahamas cruises, Beijing, Athens, Las Vegas, Palm Springs. Years ago, I owned two houses. One was beautiful, up on a hill with twelve-foot ceilings, a wood-burning stove in the living room, a spiral staircase. Every time I walked in, I could not believe it belonged to me.

Now, I don't own any houses and nobody is impressed by my possessions. Often, people come to our place for the first time and you can almost see them thinking,

"Why do they live here? I thought they were doing well."

We have plenty of room for the three of us. I don't have a sports car. I have a van that I can haul all kind of judo kids around in, and it is paid off.

Here is what I figured out in my thirties:
Live life by your own rules.. By that, I don't mean run over pedestrians in the crosswalk if you feel like it. I mean that you should decide on the life you want and go after it. The people who will think less of you because you did not bother spending a lot of money to impress them, are not people worth thinking much about anyway.

If you want a big house with a spiral staircase, then go after it. If you'd rather spend your days watching people in sword fights or your nights looking out over the Las Vegas strip, do that.

You probably can't have everything and whatever you choose, some people will look down on you. Ignore them. 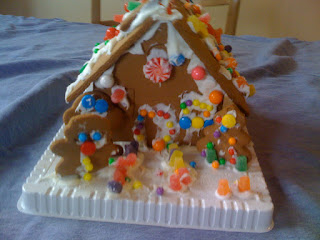 For the first time in my life, my house is pretty clean and I even have time to decorate little houses out of gingerbread. For years, my house was completely trashed. I had three kids living at home for twenty years straight, worked two or three jobs and a good bit of judo coaching thrown in. Now the place gets cleaner by the week. Every time I have a day or so off more closets get cleaned, floors scrubbed. Now it is two steps forward and one step back, instead of the other way around, as it has been for years.


So, if you are that ten- or fifteen- or twenty-year-old who is living a "Matilda-like" existence at the moment, before she got to be adopted by Miss Honey, take heart.

Never give up. Decide what you want. Keep working. It will work out, all the gingerbread houses, jelly fishes, sword-whacking, candy stores and perfectly adorable children.

And no one needs to be impaled by a chicken.

In case you have never heard of Matilda
- check out the Roald Dahl website because you are probably missing out on a lot of other great stuff, too.
Posted by Dr. AnnMaria at 12:30 PM

Thanks maybe this is good for some of us middle aged folks as well.

Do you have any videos about your figthing?I enjoy very much your videos but also i'd like to see you "in action"in the 80's.Wish you the best for 2009 grazie Ric

I do have some videos but (you will laugh) back then video cameras were really expensive so the only ones I have are copied from TV and copyrighted so I can't post them here.