What I Learned on My Lack of Vacation 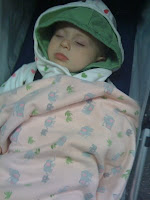 What have I learned?

1. We have a lot of wonderful people in the USJA and in judo in general. A smarter person than me would have thought to have taken pictures at all of those events. Well, I guess there weren't many smarter people than me because no one thought of it at any of them until tonight when at Sport Judo somewhere in Virginia, I finally remembered. Despite their lack of photographic thoughtfulness, I managed to meet and connect again with some of the best people I know. There is Marshall Coffman, a minister who runs a judo club at the Dunkirk Baptist Church and is one of those people who gives Christians a good name. His club epitomizes what USJA Development is all about, building good people, strong communities and great athletes - in that order. Seriously, it was a joy to meet all of the members of his club. These people are intelligent and models of integrity, the people who protect our president, our communities, everyone from the sheriff's department to secret service to jiu jitsu instructors who want to add judo to their clubs to have an offering for small children.

2. There are a whole lot of people who know judo very, very well who you have never heard of. I really get annoyed with this discussion of "the judo elites", especially coming from those people who consider themselves that elite. I was lucky on Saturday to spend the afternoon with Chuck Wall and his club members. Pete Mantel came up and brought some of his students. I can honestly say I know a fair bit of judo. I was fortunate to have the opportunity to train with some great people and I made competing and winning in judo my priority. Chuck Wall, Pete Mantel and others made supporting their country, in the Marines and the Coast Guard, respectively, their priority. Each of them has also spent 20 years studying judo whenever and wherever they could. Not only have they done our country a service in their professions, but they have also learned a lot of judo, which I saw demonstrated as they helped teach at the coaches' clinic. I really get annoyed when I hear people like this denigrated, "Well, he's not an eighth-degree black belt like me."

Rank impresses me not at all. What impresses me is these folks like Mark Smith, Roy Hash, James Wall and a thousand others across the country who are dedicating themselves to judo every week of the year in their community. They didn't have to organize these events to bring judo clubs together. They aren't getting paid, they aren't running for office. They did it just to be nice. Maybe that doesn't sound too impressive, but I tell my daughters all the time that nice is under-rated. That athletic, cute jerk you are so infatuated with now will one day be an old, fat, out-of-shape jerk. The nice guys will still be nice. (Yes, AnnMaria's judo blog and advice for the lovelorn. I try to be full-service. You're welcome.") 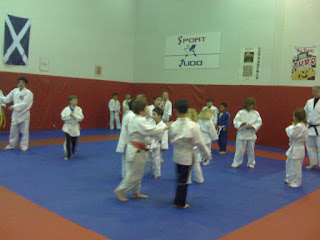 3. The important people in judo are not the ones who think they are important. They are the ones who are around at 2 a.m. doing pool sheets, who attend a coaches' clinic until midnight, who drive two hours to pick up a visiting clinician, remember to mail in the paperwork, pay the dojo rent and pay attention to every person at practice. I am impressed with Sofia's dad. He has his own name, I suppose, but I could not tell it to you with any degree of certainty. I think it is John. Maybe it is Greg. Pretty sure it is not Horatio. I hear he has a very important job and is brilliant. I meet ten brilliant people a week on my job, but what makes Sofia's dad impressive is that he was helping with pool sheets at 2 a.m., even though he looked even more like death warmed over than I did, which I did not think was possible, so I was truly impressed. Where were all the people with high ranks, important titles? They were living in the world of "let someone else do it". Who else was there? Serge Boussyou, who also looked as if he hadn't slept since the inauguration, and many of the parents and teenagers from his club AFTER we had just spent 4 1/2 hours on the mat for a coaches clinic. Why were they at the clinic? So they could learn more about teaching judo so they could help kids. Seeing Keenan, Amani & Everett made my day. It's a hard world and sometimes it is hard to stay on the straight and narrow. There could have been a whole lot worse things those guys were doing than learning how to teach little kids. After all of this, Liz Boussyou gets up in the morning, makes me coffee, drives me to the airport at 5:30 a.m. and then thanks ME! Tonight, I went to Maurice Allen's club. Maurice has won national championships, European championships and world championships in THREE DIFFERENT SPORTS! Is that frigging incredible or what? He has a beautiful judo club where he takes the time to teach and speak politely to everyone from the smallest children to the white belt adults. Then he asks me to teach and thanks ME for showing up. Maurice's club, like Serge's, is filled with good people and I don't think that is sheer luck.

What did I learn? I learned that the few people who are all about building up their egos who send me hate mail because they don't like a woman being USJA president, they don't like the fact that I don't believe they are one iota more important than all of the people I met this weekend and I don't believe there are any special rules or special privileges for people who are "more important than others", i.e., them, well they may as well give it up.

There are two reasons, I learned this week. First, the people I have met have given me, what as Harry Potter said, something those poison pen authors don't have, something worth fighting for. All of the people I met this week, from the ADORABLE blonde little girl fighting the black belt assistant instructor at Maurice Allen's club to the men protecting our country, raising families and still taking to time to teach judo to children - all are worth fighting for. And secondly, as someone who was copied on one of those letters commented, I have no idea what they are talking about anyway, because I am not fluent in psycho.

I speak judo pretty darn well, though.
Posted by Dr. AnnMaria at 9:31 PM