Business- Life- Judo, In That Order 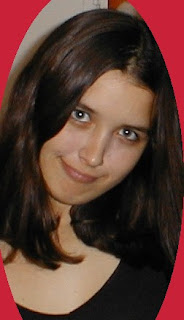 Some people (see photo at right of non-judo-playing daughter number two) have made the point that my blog has been a whole lot more about judo than either business or life, and that maybe I should be a bit less unidimensional.

Last week, I started a new job, working in the IT department of a large university. It is certainly very different from working for a small company, or, for that matter, from the offices I have held (and there have been too damn many) in various judo organizations.

Most interesting, though, were the differences that I expected to find and did not. I thought there would be more people who are jerks at the university than in a small company. In fact, it has been years since I had to work with anyone I did not actually enjoy being around. In a small company, you can choose not to do business with people who are unethical, abusive and who you just don't want to spend your time. When I first started in business, there was up to a 400% charge for putting up with you. That is, back when my rate was $25 an hour, if you were kind of a pain, I would quote you at $50 an hour. If you were just awful, told me my work sucked and my writing was incomprehensible, it went up to $100 an hour. My rate increased over the years, and so did my tolerance for people who were creeps. I am not sure at what point I decided there wasn't any amount worth working with people I couldn't stand but it was years ago.

It was a pleasant surprise that everyone I have met at my new job so far has been really nice. Maybe some of them are phony - I expect even terrible, rotten people could suck it up and pretend to be good guys for a week. However, as far as I can see, all of the folks I have met have been genuinely pretty easy to get along with.

The judo organizations I have worked with as a volunteer are still at the top of the list as highest proportion of people who annoy the hell out of me. I think if you have a personality that can blister paint at thirty paces, even if you are incredibly gifted, there will come a point at which it is not worse the pain in the ass of putting up with you and someone will fire your sorry ass. Maybe it is that people show more of their true colors when they are not getting paid. Maybe they keep their mouth shut more at work because they are afraid of being fired and when they are in a volunteer situation they feel free to trash their co-workers, complain, not follow through and a host of other annoyances. My friend, Jim Bregman, once commented that he could not shake the feeling that in judo organizations the normal curve is somehow skewed toward the stupid end.

My first two degrees were in business, back when my friends were demonstrating against the Vietnam War and capitalist warmongers. Despite all the rhetoric against business, I have found that people who are employed in any kind of business tend to be more professional and, on the average, smarter than those working as volunteers. This is because many of the people we love having as volunteers don't last long in our organizations. Someone comes along and hires that person to do work for money, and keeps offering them more money to do more work until we don't have our volunteer any more. We end up with two kinds of volunteers; those who are very competent but love what they are doing so much they will do it for free and those who are only slightly smarter than a slug or disabled by Obnoxious Personality Disorder and thus don't have anything else to do.

I think there are about 2,000 times as many employees at the university than at my old job. So, if there are no differences in personality or competence, are there any differences at all?

First of all, I have never seen people have so many meetings in my life. At Spirit Lake Consulting, we had about one meeting a week. Here, they have meetings where they talk about what they did in their other meetings (I am not making this up). I suppose some of that is necessary because there are so many people and so many departments, but honestly, it is to the point where I would laugh but no one else sees it as funny.

Another big difference is the pace at which things get done and the number of levels of approval people seem to feel they need to get. For example, I pointed out to someone a number of things on a web page that were just plain wrong and he mumbled,

"Yes. That's wrong, that should be changed."

I was pretty astounded by this attitude because in a small company, that would have been done by the end of the day. Everyone here keeps repeating that you don't want to make changes because someone might not like it, it might have interfered with their project we don't know about. I cannot imagine any possible scenario under which it is preferable to have incorrect information on your website as opposed to correct information. Even if someone is opposed to some change you made, is that any reason to do nothing? I mean, what are they going to do, haul you out and whip you as an example to the other employees? Maybe they do. I have only been here six days. For all I know, at the end of the week they may have their every-other-Friday-public-flogging and then I'll wish I'd kept my mouth shut.

That is the other thing I have noticed that is really different, by the way. People are a lot more careful about what they say here. So far, every large institution where I have ever worked has been like this. This is a bit difficult for me because I am kind of like Horton, I mean what I say and I say what I meant.

There are certainly positive sides. The pace is a lot slower. I leave at 4:30 or 5:00. I don't have any work to take home, papers to grade, reports to write at night, email to answer. It's weird. A good kind of weird.

Do I like it? Is one kind of business better than another? Is working better than retirement? The jury is still out.

One thing I have decided. In "The Prophet", by Kahlil Gibran, there is a very good story about a prophet walking away from a city. On the road, he meets a traveler coming toward the city who asks him what kind of place it is. The prophet asks what kind of city he came from and the traveler replied,

"It was ugly and dirty. The people were mean and miserable. It was a horrible place."

And the prophet tells him,

A little further along the road, he meets another man, going toward the same city. The second man asks the same question, and the prophet asks him, too, what the city was like that he just left. This man answers,

"Oh, it was a beautiful city. I wish you could see it. The people are so nice and friendly. It was a wonderful place."

And the prophet tells him,

So, that is my conclusion. Whatever the size of the institution, how you experience it is probably going to depend a lot on you because, wherever you go, there you are.
Posted by Dr. AnnMaria at 11:07 PM

In throwing moves do you think it's all hips?
Don't you think we women have a more stable basis because of wider hips?

I don't think any of the answers in judo are that simple. Foot sweeps, tai otoshi, seoi nage, ankle picks and tani otoshi are a few examples of throws I think use your legs or hands primarily.

I don't know if women have a more stable basis. I have seen a lot of women knocked on their very wide hips with ko uchi or o uchi.

Women are more flexible, in general, and will do throws like a switching hips counter that you rarely see men do. Men will do more throws that require a lot of strength, like ura nage or straight pick-ups. There are always exceptions, with women doing those throws as well.

Thank you, I will start working on those camps.