Matwork Bottom Line: You Do Too Few Techniques & You Are Too Slow 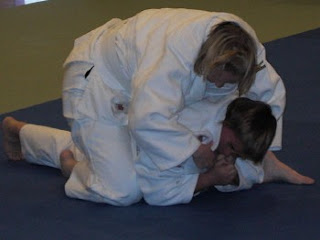 In statistics, we learn that, if you don't know anything else about a person, your best prediction is that he or she is average because, by definition, most people ARE average.

The average person's matwork can be described by three sentences.

Let me reiterate here that I do not believe in a one-size-fits-all model of coaching. What I am referring to here is people who aspire to be successful competitive judo players at the national or international level.
Let's start with number three. Judo is a combat sport where people are allowed to hurt each other, within a fairly broad range of legal limits. Every time I make a statement like this I am deluged with hate mail from people who tell me that I am ruining judo, that I am the reason judo is not more popular in this country, because people are marshmallows and afraid of being hurt, etc. etc.

Let us now pause while I congratulate myself on being powerful enough to single-handedly ruin a 125-year-old world-wide sport, being personally responsible for causing judo to be less popular than other more dainty sports, such as football, say, or wrestling, boxing or MMA. Judo at the highest levels, if that is where you are aiming, is a rough sport and the sooner you accept that fact, the better your chances will be. The world is what it is and you can't make it into some alternative reality just by sniping at people. Otherwise, I could have avoided living through forty-below winters in North Dakota just by saying nasty things about the weatherman. I tried that, by the way, it doesn't work. 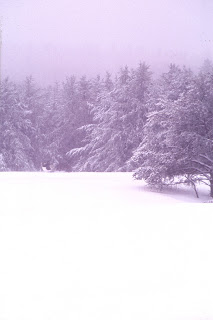 The fact is that judo is the only Olympic sport in which a person is allowed to choke you unconscious or dislocate your elbow on purpose. To expect someone to feel bad for you is like expecting the spectators to say,

"Oh, look at that poor boxer. He is getting hit. How terrible!"

If you feel that way, and some people do, then boxing is not your sport. Sell your punching bag and buy a clue. Similarly, if the things I say next offend you, competing at a national level is not your role in judo. You can have a great time in your local club, teach children or adults in a recreational program. Don't quit judo. Just know that the discussion below does not apply to you. BUT DON'T FOOL YOURSELF! If you really do want to succeed at high-level competition, get that saying, "No pain, no gain," tattooed backward on your forehead. (So you can read it when you look in the mirror!)

When you do matwork, try to make your opponent as uncomfortable as possible. The entire time you are doing matwork, if your opponent is on the bottom, she should be feeling ALL of your weight on her, preferably in such a way it makes it difficult to breathe.

When you want a grip in matwork, MAKE the opponent give it to you. If she is on all fours and you want that lapel, grab her collar and YANK her up, SHOVE your hand in where you want it. FORCE a reaction. If the person is rolled up in a ball, you could try working a hand in. You could try getting a sankaku (triangle choke for you ju-jitsu or MMA types). This probably won't work and the referee will, rightly, call matte.

In such situations, my preference is one of two things. I might grab the opponent's opposite shoulder and near leg and shove her towards her face. Or, I might push her head down, reach between her legs and grab her belt or the skirt of her gi and try to literally pull her head over heels - HARD.

This gets to my next point. Most people don't know what they're doing. I overheard someone at a clinic where we were both teaching comment under his breath to someone else,

"That turnover she does will never work."

He was wrong, on two counts. The purpose wasn't really to turn people over. It was to get them to THINK they were going to be turned over, so that they would be kind enough to put out an arm instead of staying curled up into a tight little armadillo shape. I had considered the alternative of whispering to my opponent,

"Hey, would you mind putting your arm out there so I could armbar it?"

But I discarded that strategy in favor of my failed turnover attempt. Sometimes, the turnover actually worked, not because it was such a difficult turnover to prevent, but because the person on the bottom realized sticking an arm out to stop it would leave her open for an armbar. However, if she did not take the simple move of sticking an arm out, she got rolled and I did pin a number of people that way. I have noticed that once a person gets a reputation for armbarring people, he or she ends up pinning a lot of people. Sounds strange, but when your opponent is focused on protecting her arms, she often leaves herself open to pins.

You do too few techniques. I harp on this a lot. I talked about my pet peeve at the training center on Saturday and I saw it (with other kids) at the tournament on Sunday. That is, people whose immediate reaction in matwork is to go to their backs and try to scissor the other person's leg. I see a couple of players that this seems to be their ONLY matwork move. The fact that your only move on the mat is a defensive one, hoping the referee will call "matte" is a bad sign already. Here is a list of suggestions, in no particular order.

It's late and I have to get up and go to work in the morning - after years of telecommuting, that still seems strange - so, more discussion of how to improve your matwork will have to wait. While you're waiting, do 100 matwork uchikomis. FAST!
Posted by Dr. AnnMaria at 10:35 PM