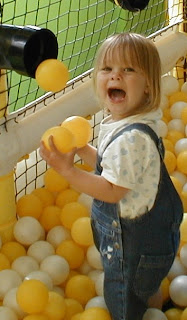 In my prelude to retirement, I actually applied for four jobs. In each case, it was something I was really interested in doing, enough that I would even consider going back to work. Well, I got invited to interview for five jobs. Yes, the math is a little off there. One of the jobs was advertised by an employment service and apparently, when they found out I did not take the first job, they sent my resume on to someone else.

I started work at one university today as a statistical consultant, and, at the same time, received an email inviting me to teach a statistics course at another university. The people could not have been nicer. The campus is beautiful and they have all the geek, tech-y stuff I love. So, for the next few weeks I get to install new software, check out documentation for new features and just generally play around, if that was my definition of playing around, which it is. It doesn't get much better than that.

There were a few things that made me go, "Hmmmm." However, having moved very often when we were children, my mother had standard advice when we came to a new place,

"It's amazing how much you can learn with an open mind and a closed mouth. Too bad most people approach new places just the opposite."

It is pretty strange for me, though. Unlike most people, I have been able to telecommute for the past several years. My mornings involve pulling on a pair of jeans and a t-shirt and walking three steps to my desk. Getting (more) dressed up, driving to an office are things I haven't done in years. On the plus side, it doesn't involve being in an airport and changing time zones two or three times every month. When you are filling out a form and under "time zone" you honestly don't know which to put, your life is a little hectic for sure.

This week, I have a webcast on culturally appropriate outreach, so I need to prepare for that. I am also working on an evaluation of a National Science Foundation Project and writing an article on effective computer-based training. Yeah, and there is some judo stuff in there. Growing Judo is due by next Saturday to Adam Stevenson, our proof-reader/editor/graphic designer. I want to get Julia to judo more often and I have a development plan that is SO overdue it is not funny.

Often, I hear friends say they wish they could just do judo for a living, but I have never felt that way for a minute. Someone once told me,

"Jugglers don't get paid very well and sometimes the balls hit them in the head."

They don't really mean it.

All absolute statements are wrong. Even this one.

Does this mean you should NEVER fight left-handed? No. What it means, usually, is that your coach sees a weakness, such as you allow the other player to force you to change your grip. Similarly, if an opponent wants to fight you one-handed (which I always liked to do), then you better believe that person feels that he or she is at an advantage playing one-handed judo.

START OFF learning the basics. Do two-handed judo (by which I mean you have two hands on the opponent's gi.) Get a few good throws on your dominant side. Learn a turnover from your back, the opponent's back, your hands and knees.

Drill the basics. When you have a solid base, THEN you can go off and be the exception, fighting one-handed, switching from right to left . No one starts out as the exception, although sometimes they end there.
Posted by Dr. AnnMaria at 10:59 PM

That's because you have more degrees than I have tattoos.

And thats saying something.