Better than You Could Imagine 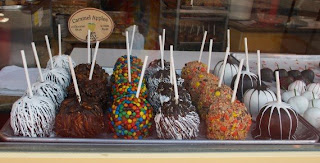 During my competition days, when I was really cutting weight, I couldn't imagine anything better than when I would be retired and able to eat whatever I wanted.

A few years later, my husband was in intensive care at St. Alexius Hospital in Bismarck. Every day, I would pick the girls up from school and day care and drive two hours south to the hospital. We would go spend all day there on the weekends. Because I was working full-time, taking care of three little kids, driving 180 miles round-trip nearly every day, I was exhausted. Being quiet in the hospital was no easy task for the kids, either. Most days, I would take them across the street to the North Dakota State Museum. There was an area where they could run around, dress up in clothes from different historical periods, build with giant legos. I would just sit in a rocking chair they had there for parents. Across from it was a big roll-top desk from an old railway station. I thought that would be a great thing to have, but with my husband in the hospital and bills piling up every day I couldn't imagine I was ever going to be able to afford something like that.

A few years after that, the college where I worked supplied faculty members with laptop computers. They were the cheapest models possible, but I felt lucky to get that because only the professors with most seniority were able to get one. It would have been nice to have had one of the new Apple laptops but they were really expensive. My husband had passed away and I had three kids who needed clothes, books, tuition for private schools. I couldn't imagine I was ever going to be able to have anything like that.

A few years later, I remarried and we had a new baby. We were shopping for something in a computer store and I was looking at these big screen monitors. I thought they were incredibly cool but I couldn't imagine I was ever going to be able to afford anything like that, not with a new baby and a daughter headed to NYU and another daughter to put through college after that.

Sometimes, I know, my friends wonder why we never moved to Malibu or bought a big house or a sports car. However, as I sit here at my desk (yes, I bought that desk), with my Apple Powerbook and big-screen monitor (we actually bought two of those), I think that my life turned out better than I imagined. And I can still eat all of the jelly beans and candy apples that I want!

I wanted to write this today because I have a couple of friends who are going through a hard time right now, and I just wanted to remind them that, no matter how bad things get during some moments, it is possible for life to turn out better than you could have imagined.

This is in answer to the person who asked how to stop morote gari (a double-leg take down).

So, pancake into the mat, underhook to kuzure kesa gatame and when they turn in to escape switch to kami shiho gatame. So.. sometimes the counter to a standing technique can be a matwork technique.
Posted by Dr. AnnMaria at 12:17 AM

Sprawling is always good because if you drive their face into the mat, they learn that move have consequences.
A good one against morote gari, specially when they just got one of your legs, is to make a uchi mata. The opponent will spin quicklly and fall hard on his back, losing all the air for a while, then you can knee on him, go for the mount and do all the newaza you want to finish him.

i remember that museum, they had the cardboard bricks and you could build walls with them so you where trapped in a four wall cube.

the museum sounds great... as regards morote;
find a decent wrestler to practice with. Practice your sprawl with this partner, and you'll be fine against more judoka.

another tactic; after sprawling, push the head down, ruining posture and eliminating their ability to rise or apply strength towards lifting or driving you back.

As a youngster, I had some difficulty with strong wrestlers doing an ugly version of morote gari -- my coach advised as you do, an explosive sprawl and head up/back with an arched back effectively pushing your hips into the back of his head/shoulders, nullifying his attack. Usually ending with crushing his head into the mat via my body weight. If something didn't come of the subsequent ne-waza, they were still unlikely to try morote-gari again due to the de facto head crushing they had recieved.