A Picture is Worth a Thousand Words

but I am going to write a bunch of words anyway.

Here are some things that were great about the Great American Workout in Rhode Island last weekend, in no particular order. 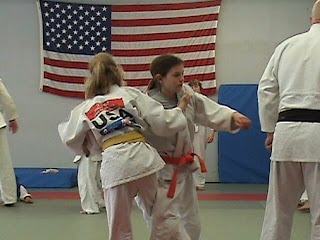 The number of girls and women in attendance, from all ages, to six-year-olds from New York City to women in their fifties from Connecticut. Women are usually a very small minority in judo, and often in a subordinate position while the men are teaching and being certified as coaches. This weekend, we had female clinicians, coaches and athletes, of all ages. As it should be. 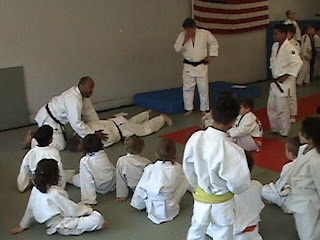 Parnell Legros teaching. Oh my God.... I watched Parnell with my mouth open. He would be teaching and twenty or thirty little kids would be sitting still, riveted. The man is an amazingly gifted teacher.

Seeing great kids like Everett, Malinda, Ahmani and Ricondo helping the younger ones.

Watching Ronda teach judo and randori. I may be biased, but the truth is, she really is good, and she deserves to be good because she trains like she knows she should.

My baby proves yet again that she is a class act. Not a lot of people fit teaching five-year-olds around their training for the Olympics. Ronda did her weight workout in the morning, then taught judo all day Saturday, half the day Sunday and did randori on Sunday afternoon.

Seeing my granddaughter, Eva, for the first time. 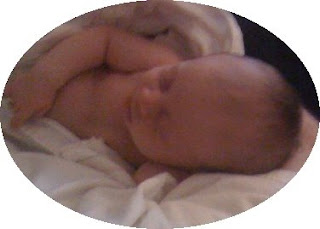 Getting a chance to see Jim Pedro, Sr. teach again. My niece made the comment the other day that if Jim were to quit judo tomorrow he would have accomplished more than almost any other coach will in a lifetime in the world and Olympic medalists, number of years taught, number of players coached - and yet he came and taught for two days. He really is one of the most knowledgeable coaches I have ever met, and yet he is willing to teach everyone from small children to coaches for next to no money, and he is good at it. I told him that this weekend made up for every time he had pissed me off (and there were A LOT of them). He did a phenomenal job.

The number of coaches who were willing to help out our young players, from 13-year-old Katelyn Bouyssou to more-than-13-year-old Bill Montgomery and all of the coaches who came for certification. To see the number in our judo community who care enough to spend their time gaining more knowledge to teach their players was truly gratifying.

There was a lot more great stuff but it is late and I have to work tomorrow. If you did not come, you missed it, and I TOLD YOU that you would be sorry, but did you listen to me ... no! I covered escaping from sankaku, juji gatame (the purpose of life) and pinning people so they can't get up.

I think I have exceeded my limit of images to upload for this post, so I will have to put pictures of Serge and some of the other instructors tomorrow. Serge thinks this was the first time that I saw him teach, but it wasn't. I saw him at the USJA camp in Florida, too. He was great, then, too. I never miss an opportunity to steal ideas from other coaches, and so I watch other people teach every chance I get.

We are planning on making the Great American Workout an annual event. So, if you didn't make it, try not to screw up next year.
Posted by Dr. AnnMaria at 11:39 PM

How was Ronda's weight workout?
Which exercises, how many reps and charges?