A Renewed Respect for All Parents 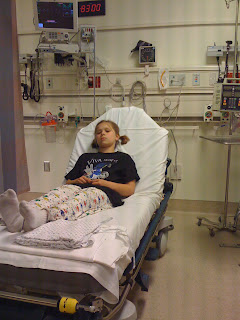 Nothing focuses your attention like rushing your child to the emergency room.

When I heard Julia yelling from her room, my first thought was that she was a spoiled brat. We bought her a new iMac for her tenth birthday, I had just shown her how to use PowerPoint, how to plug in a flash drive, how to insert pictures from the drive to use as a slide background and how to change fonts and colors of text. I hadn't gotten home from work until 8 p.m., only to find out that she hadn't done a thing on her science project and she had been calling me into her room every ten minutes ever since with one question or another. So, I came into her room in a bad mood ....

... to find her lying on the floor crying. She said that her back hurt and when she tried to stand up, she couldn't and she fell down. Now, Julia is far from an Olympic athlete, but she has been in judo enough that she doesn't cry just because she has a little bump. I picked her up and put her in her bed where she lay crying for the next ten minutes.

I may not be, as my grandmother put it, "the kind of doctor that can do you any good," but I still realize that when a ten-year-old is in so much pain that she is sobbing even when she is laying in bed not moving, something is very wrong.

Well, after the next four hours first in the Urgent Care Center and next in the Emergency Room, after being seen by two doctors and two nurses and had two urine tests, they finally sent her home with a prescription and instructions to see yet a third doctor, her pediatrician, in the morning. She seems to be recovering well. She went from not being able to move, to being able to bend about three inches forward to now being able to touch her toes again.

Sitting there at midnight, waiting for the tests to come back, I thought about those parents who have children with serious illnesses, who are in hospital waiting areas as often as I am in the ones in the airport. I thought about a poem I read once about children who won't go to bed and other children whose parents are tucking them into hospital beds. I cannot even imagine my life not knowing each day whether my child would be okay or not, or even worse, living each day knowing that my child would not be okay. It makes the things I get upset about - whether a person skips practice, people who say they want to win the Olympic trials but don't even get up to run in the morning - all seem pretty stupid and trivial. So what if Random Joe from Idaho says he wants to win the Olympics and only works out every third day. So what if he comes to our practices at the training center and says the same thing. Every third day, he is one extra person on the mat for our players to train with.

I used to get upset with Joe's parents, too, all those people who have a million reasons not to drive their child to practice. Now that I am working in an office every day instead of telecommuting, I really don't feel like leaving again once I get home. I look at the parents of kids like Anthony, Myles & David, Aaron and Kaylyn and others whose parents take them to practice at their own club, at other clubs and at the training center on the weekends and I just marvel, "How the heck do you do that?"

I think back about how much I used to train and how disciplined I used to be to work out every day, three times a day, without fail, while working full time as engineer. Now, I come home and think about going to Sawtelle Dojo to work out. It is close to my house, a good workout, good people. Instead, I end up drinking a martini, reading the newspaper and posting on the judo forum.

Just like I have turned into a slacker former athlete, I have turned into a slacker parent. When Ronda was younger, somehow, I got her to practice seven days a week. Some days I would take her to two practices, one at Venice and then drive straight to Hollywood for practice at Hayastan. Now, there are so many days that I think about taking Julia to practice at Sawtelle or South Bay or Gardena or Santa Monica Y, I think about how incredibly fortunate I am to live somewhere with good judo clubs all around me. Then, I get home and find she hasn't done her homework, or Dennis hands me glass of Chardonnay and I pick up the paper and that's how the evening goes.

I would feel guilt, except for three things.

I spent five years carting Ronda all over the face of the earth. If need be, I will do it all over again for Julia. But for now, I am resting up. As for all of you parents who are in that mode now, where every day on the calendar has the same thing written on it - JUDO PRACTICE - I salute you. I've been there, and, soon, I may be there again. And, if Julia doesn't decide to pursue the Olympics, well, there's always my granddaughter. 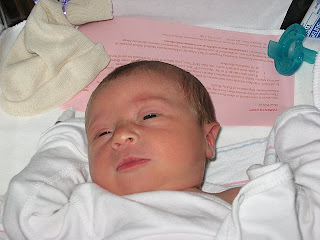 Live everyday as if it is your last day on this great earth !! Hug more ,laugh more, and always tell the people around you how much they mean to you.. And yes try as hard as you can to become the person you would would most want to be around . I only wish that I would have given as much as to my kids as you given have to yours , They are are lucky bunch of kids.. Hope all will be well. B.C.

My sensei's daughter a couple of years ago everyday she had to school would play sick. It the same thing every day. Until one day she complained how much here stomach hurts and nobody believed her. They dropped her off at school, scolded her and within an hour, they got a phone call that she had to be rushed to the Emergency room hospital for appendicitis. My sensei and his wife rushed to the hospital and his wife immediately began to say hail maries. She made it out ok. Everything in the end turned out fine, but the girl could have died and it would have been their responsability.

As a parent, sometimes it's very hard tell the difference when even their own children are acting or lying.