All the people who matter

I was reading Steve Scott's blog today and he mentioned Ken Regennitter. He's a person I don't remember and I misspent a good deal of my youth not far from Kansas City. I gather he is one of the people who taught Steve growing up and now Steve has taught judo, jiu-jitsu, sambo and wrestling for over 40 years. He's had over a dozen of his players go out and start their own judo clubs.

It reminded me of my own first judo instructor, Bill Shelton, who I haven't seen in over thirty years, since he graduated from college, married and moved away to teach physical education in Iowa, I think.

As I read Steve's post, of course he mentioned a lot of other people who crossed his path, like Maurice Allan and John Saylor, who were international competitors and coaches. I remember asking both Jim Pedro, Sr. who grew up in Boston and Olympic silver medalist Lynn Roethke, from Fond du Lac, Wisconsin, the names of the people who had started them in judo, and, years apart, both of them gave me the same answer word for word,

"You wouldn't know him."

It amused me one day to hear someone bragging about his position in a judo organization, proudly announcing,

"People know me, even if they know I'm an asshole. Do you know how many people know my name now? I matter!"


Two things struck me, this morning, as I was browsing the Internet and reading judo books when I really should be finishing up on my last conference paper ...

Coaching Your Own Kid: The Questions to Ask Again and Again

I've always questioned the assumption that all parents of children who are active in sports are some kind of deranged "Little League parent" living vicariously through their children. Of course, there are some of those, but there are a great many more I've seen who are trying to figure out the best for their child, day after day.

What makes it even harder is that the answers to the questions change, so you have to ask yourself some of the same questions over and over again. 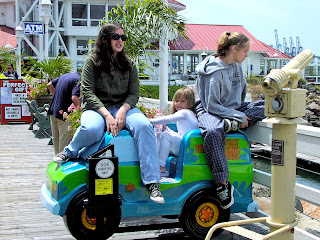 Let me give just one example:

Do I really have what it takes to coach my child? When your child is a beginner, if you know the basics of your sport, have patience, can get to practice once or twice a week and enjoy working with children, the answer is probably yes.

Now your child is a 14-year-old who wants to win the junior nationals. Can you make it to practice four or five times a week? Can you get to the tournaments several weekends a year? Can you help your child analyze her strengths and weaknesses beyond the basics? Is your own knowledge of the sport at an advanced level? Can you teach your child to win with grace and lose with dignity? No one is perfect but if you are pretty good on all of those dimensions, you'll probably be fine.


Now your child has a shot at the Olympics. All of the sacrifices your child has made, the hard work - and your sacrifices and work, too, have paid off. Can you make it to practice every day? Do you have other coaches, including strength coaches, technical experts, to help in areas where you aren't the best coach? How are you at video analysis? Setting up a training schedule that accounts for the season, pre-season and post-season? Can you take the time away from your other children, your job? Are you one of the best coaches in the country in your sport?

This parenting stuff is hard.

I remember one day driving to practice and Ronda was at that age where she was always arguing with me about training, judo, partners and the universe. I finally turned to her and yelled,

Maybe there should be.
Posted by Dr. AnnMaria at 3:13 PM 4 comments:

First class at Gompers Middle School was on Friday and what an awesome bunch of kids! At the end of the class they were clamoring to stay later, try randori and have practice three days a week instead of one. They also wanted to know when they would be ready to enter a tournament. They were far more attentive and appreciative than any group I have taught anywhere. Of course, this is a very large school and the first 16 kids to sign up got into the class so they were pretty motivated to be there, I guess. It was such a nice experience.  One of my former club members had sent bottles of water and power bars for the kids to have during and after practice and they must have thanked me five times each for coming, for a bottle of water, for a power bar and then a couple times more for teaching them judo.

I know with the latest movie out, Waiting for Superman, it's become even more popular to bash public schools. All I can say is that every person I have met at Gompers (which is about 16 kids, one teacher, one counselor and the principal) has been incredibly top notch and motivated. These folks are working their hardest in a very resource poor environment. When my husband was talking about how much the public schools needed last night, I said,
"Well, I went and taught a class at one of those schools today. What exactly did you do to help?"

He did not have an answer. It was worth teaching for that alone!

Next week is Ronda's turn to teach. They are really looking forward to it. Partly because of all of the embarrassing stories about her that I told them. She'll be as red as the mats!

[Oh, yeah, speaking of Ronda, Gary Butts told me to mention that she is available to do clinics. Someone mentioned flying in a clinician from thousands of miles away and when he asked why they didn't just ask Ronda,who lived much closer to them, the person said he didn't know she was available. So, yes, just post a note to her on Facebook, which seems to be where all of the young people practically live.]

Speaking of Gompers and young people, I was teaching and I said,
"I know all of you kids can do this. I used to say that I can do it and I am as old as your mother but then a student about your age very politely informed me one day that I was as old as his grandmother."

One of the students helpfully called out,
"My grandma is 49."

Of course, I am OLDER than his grandma.

Speaking of grandmas - I was out riding a bike today, from Santa Monica up to Malibu, which I do fairly often, now that I had my knee replaced. A few blocks from home, the 15th idiot of  the day walked out in front of me on the bike path (apparently, no one believes those NO PEDESTRIAN signs apply to them). Usually I can swerve around them but this particular idiot as I swerved to the left decided to keep walking. This left me two choices

I did the latter. She apologized about 1,000 times, which made me feel SLIGHTLY less like slapping her. As I told me husband, my cuts and bruises will heal shortly and she'll probably always be stupid.

So, today, I walked a mile, biked about 16 miles and crashed on the pavement. Thanks to judo reflexes after 139,567 breakfalls, I picked myself up off the concrete with nothing but a bruised hand from jamming the breaks and a scraped elbow, and went on my merry way. This was after having taught judo yesterday.

It occurred to me that I am the exact age my grandmother was when I used to spend the night at her house. It was a big treat, spending the night at Grandma's house. My grandmother had the typical Catholic family back in the day - a Volkswagen family: a new baby every year and they all looked alike. So, there were a boatload of grandkids and every weekend one of them would stay overnight. My grandmother was about 40 pounds overweight, wore house dresses and panty hose. The most exercise she ever got was cooking lunch and dinner and then watching game shows on TV. I was very happy to visit. She had an attic to explore, a tire swing out back and a bunch of books. There was also an ice cream shop across the street where I could run over and get an ice cream cone.

The thought of my grandmother doing judo, riding a bike to another city or wiping out on the pavement would have struck me as insane. I am sure my grandma would have agreed with me.

So, what has changed? Is it all of those years of judo that kept me in shape?
Is it our society's view of aging?

What do you think?

For now, I am going to turn in because I scored a ticket to the TED talk in Santa Barbara tomorrow - which is yet another thing I can't see my grandmother doing.
Posted by Dr. AnnMaria at 12:04 AM 4 comments:

An Honest Answer to How to Improve U.S. Judo

My answer to the question, "How can we improve the international competitiveness of U.S. judo?" is given in my latest attempt at a podcast.

"What is wrong with judo in the U.S. and what needs to be done about it?"

This is part one of however many I find time to do. In short, I think we need to start with an honest assessment, from top to bottom, of what our weaknesses are, and then we need to address those through major changes in our training and coaching. But hey, I took the time to record this, so you may as well listen to it.

In fact, I recorded it twice, because it was hard to hear the first time and I did it louder the second time. The amusing fact is, I am a small person with a soft voice. People just claim I am yelling at them because they don't want to hear what I have to say.
Posted by Dr. AnnMaria at 3:27 PM 7 comments: