Perfect is the enemy of getting shit done

"Perfect is the enemy of getting shit done." 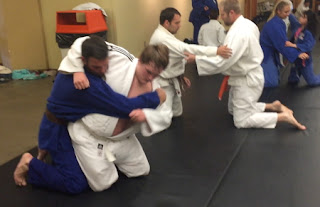 Karen Mackey made that comment this week and I told her that I was totally stealing that line. I see too many people, whether in judo, school or their career that are less successful than they could be because they make way too many excuses not to work that SOUND good.
It SOUNDS like you aren't working out, studying or working because you would prefer to do it a better way, but the reality is you aren't getting shit done.

Last night, I was on the mat in Sioux City, Iowa with over 40 people. White belts worked out with brown belts. We tried to pair everyone up by size but when that wasn't always possible, larger people worked out with smaller people. We did turnover drills, escapes, matwork combinations and transition drills. I'm sure it wasn't a perfect workout, but everyone got in a practice where everyone worked on specific skills.

A couple of weeks ago, at Gompers Middle School, the judo room was closed for the day due to smoke exposure - there had been a fire in an adjacent building and the school decided to not allow practice inside. So, we practiced outside in the soccer field. We did conditioning exercises. We did gripfighting drills . We used bungee cords and did uchi komis. We did uchikomi drills. Was it a perfect practice? No, but we got in drills and got in a tiny bit better shape. 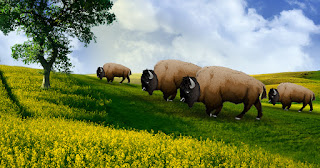 Why People Don't Retire from Sports: A Cynical View

I'm about to say what some people might consider a mean thing, so if your feelings are easily hurt, read no further.

Recently, someone asked me why a certain person in their thirties was still heavily involved in judo. She said,

What's the point of spending all of that time doing something with no probability of paying any money that takes time away from your career?


My answer was that for many people who were elite athletes in judo, they miss being the center of attention, they miss being 'special'. They miss coaches, managers, officials treating them with respect, recognizing them, catering to them. Oh,you want water, let me go get that for you. They miss traveling on someone else's dime. 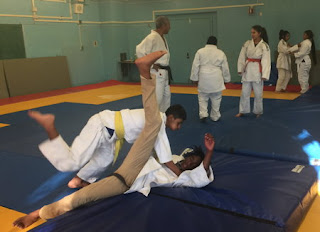 I have had a lot of people in their twenties work for me in entry level positions as well as a few teen interns. I like to think we're not jerks at our company, but the youngest people are generally those who know the least, have the least experience and because of that, get paid the least. They have the last choice of shifts to work because the other people were here first.  They generally aren't traveling on business because they don't know our business very well yet and schools want someone who can come in, install software, answer their questions and provide some staff training.


It's true in most sports and particularly true in a minor sport like judo, when an elite athlete retires, he or she goes from the top of the heap to the bottom of the totem pole.


When you come back from winning medals in Europe, Asia and South America and a boss asks you sarcastically if you were too busy to get a report in on time, it is hard to bite back,


Truthfully, your boss probably doesn't give a fuck what you've done in sports. He or she just needs those figures to tell whether sales are going up or down, the graphic layout of the annual report or whatever else the company executives are focused on.

So, sometimes people stay LONG after they should have retired. I remember when I was competing calling an athlete arrogant and our youngest U.S. Team member said,

"How can that guy be arrogant? I've never seen him win!"


That's when I realized he had been competing for several years after his peak and it was true, he hadn't won in a long time. What else could he do, though? He was in his mid-thirties and had never had a real job. So, he just kept working at temporary jobs and going to judo tournaments.

When I'm not teaching judo, I'm making games. Please check them out. You can learn math, social studies, build your vocabulary.  Here are some free games and demos for you just because I am so nice.


In America, judo is a sport where you can reach a fairly high level with a modest level of talent. Don't bother arguing with me because the numbers are against you. There are millions of people in this country who swim, play basketball, football or soccer. To get to the top of that group, whether as an athlete, a coach or an administrator takes more effort and talent than to be a top judo player in the U.S. It's harder to be number 3 out of the maybe 300 people in your division who compete than to be number 3 out of 30,000. In some divisions, I'd question whether we could really find 300 people in the country who actually compete.


So, you have put out moderate effort and gotten to be on the podium, call yourself a national medalist or even national champion, maybe gotten to represent the United States in international competition. To get that same level of recognition in business, in academics, you're going to have to work really hard for a long time. You have to start at the bottom and you may be 10 years younger than your non-athlete colleagues. Not only do people not look up to you, but you are a thirty-five-year-old intern. Is it any wonder people want to stay in judo for life?


Yes. I still teach judo. In fact, I'm teaching this afternoon. However, it's not the center of my life it once was because I retired and went on to other things.

How to NOT be that thirty-five-year-old intern? That's my next blog post.
Posted by Dr. AnnMaria at 11:38 AM 5 comments: