Why Women Put Up with Dirt Bags

I've seen it, you've seen it, we've all seen it. You have a friend or family member who is with a guy that is so much of a complete waste of oxygen that you keep asking,

Why in the hell does she put up with that guy?


As I was taking a shower this morning (source of many of my greatest insights) ,  I remembered a couple of decades ago when I was teaching a course on History of Psychology, discussing a guy named Alfred Adler who was most famous for coining the term "inferiority complex".

In a nutshell, while his buddy, Sigmund Freud, thought everything was about sex, Adler thought it was all about inferiority. Basically, we come into this world helpless, surrounded by big people more powerful than us and it's in our nature to try to overcome this inferiority.

Adler's theory about people wanting to feel powerful explains a lot of women (and some men) who stick with spouses, friends, significant others who are just plain awful.

Let me give two examples:

Jane is a clerk at 7-11. She graduated high school, got a minimum wage job and has her own small apartment. She's kind of average - which in the U.S. means 10 or 15 pounds over a healthy weight. She's a nice person. She's not setting the world on fire but most of her friends would describe Jane as "okay".

No one would describe her boyfriend, Bob, that way. The only thing standing between Bob and sleeping behind the dumpster is Jane. In fact, "dumpster fire" might be a good way to describe Bob. He's drunk most of the time, doesn't bathe, has never had a job in his life and his nickname for Jane is "Fat Bitch". Why in the hell does she stay with him?

Jane may tell you that she loves him and no one else understands him. I suspect it is more like this - Bob enables Jane to feel superior and powerful. She has a job (he doesn't). She has friends (he doesn't). She has a decent personality (he doesn't). She's not an alcoholic (he is). Also, he doesn't cause feelings of anxiety about leaving her for a better person - where is he going to go? Even if she is working at a minimum wage job for a jerk of a boss, she can feel like she is a savior in her personal life. Even if Bob doesn't acknowledge it, she knows.

The funny thing is, I have seen many Jane-and-Bob couples and if he happens to sober up and get a job, more often than not, she dumps him!

Janet is a star. She has an MD from an Ivy League university and is on staff at a good hospital. Her goal is to get board certified in cardiology and work at one of the top hospitals in the world. She hits the gym nearly every day, spends a good amount on her hair, nails, make up and clothes so she looks good but not so good that you'd imagine that's all she thinks about. Her friends would tell you that Janet has it going on - but that boyfriend of hers - eyes roll.


Robert manages a shoe store and is a class A jerk. He is always putting Janet down, telling her that she doesn't understand "the real world". He dresses like a million bucks using the credit card on their joint account. He talks down to her constantly about her lack of knowledge of the stock market, economy, etc. - although he dropped out of business school and has zero expertise in stocks other than dropping a bundle of her money. All of Janet's friends and family loathe Robert and have no compunction telling  her so.

From Janet's point of view, Robert needs her. The only thing keeping him from being a social pariah is her.  He'd never go to events sponsored by the American Medical Association if it wasn't for her. She's a good physician but there are better physicians the hospital could hire, but there is no way on earth Robert could find a better girlfriend than her. To her friends, Janet is a star but at the hospital she is just one of several really amazing doctors. Robert, on the other hand, would be nothing without her. By the way, if she admitted that he was a condescending, mediocre creep, what would that say about her for dating him for six years?

So, there you have it, from me and Alfred Adler, why women date douche bags. 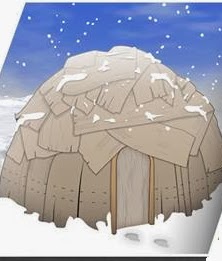 Making Camp on iTunes and Google Play
Posted by Dr. AnnMaria at 1:22 AM 9 comments:

Yes, if you voted for Trump, I DO think less of you

I posted this on Facebook in response to a blog post someone shared where the guy said yes, he was appalled by Trump mocking people with disabilities, insulting prisoners of war, insulting parents of a soldier killed in the line of duty, insulting a civil rights hero, assaulting women - but that people who voted against Trump didn't understand how hard it was to make it in this economy. Since it was kind of long, I thought I may as well re-post it here.

I resent greatly the implication that the people who are appalled by Trump either are
a) on the public dole or
b) never had to balance a budget.

I have never collected unemployment, food stamps, TANF or any other government benefit. Nope, not even a Pell grant. I earned four degrees while working full time, founded several companies, made a profit every year. I did not start off with millions of dollars from my daddy, like your boy. Nope, I started with clothes from Goodwill and working at a series of shitty jobs as everything from dishwasher to waitress on the graveyard shift at an all night restaurant to file clerk until I graduated with an MBA from a state university because it was what I could afford. Then, I got a decent job as a data analyst, then industrial engineer and worked my way up from there.

When my husband was sick, I worked three jobs to pay the medical bills, then funeral bills, plus private school and preschool for three young children. I have chopped firewood in the dead of winter and crawled under my car in the snow to wire back on the tail pipe that was rusted by salt and dragging. I know very much what it is like to start with nothing and struggle your way up.

Trump offends and insults every value I hold dear in my life and although I won't necessarily disown anyone who voted for him, yes, I WILL think less of you that you saw someone who mocked people with disabilities, thought not paying taxes was smart, assaulted women, insulted Mexicans, prisoners of war, the parents of a soldier who died in the line of duty, thinks laws regarding ethics and conflict of interest don't apply to him, aligned with people who denied science on everything from climate change to vaccines and so much more and none of that was a deal breaker for you.

You have a right to vote for whoever you want and I have the right to my opinion that it reflects your values, which are clearly not my values. To say you are willing to sell your soul for a better economy (which is basically what the author of that blog stated) should make any true Christian wonder what happened to the Biblical injunction that "Man does not live by bread alone". Those of you who claim to be Christian and voted for Trump have just established yourselves in my eyes as the biggest hypocrites on earth. Two gay people getting married threatens marriage but a guy who continually cheats on his wives does not? Give me a fucking break!

I have been REALLY poor in my life, but never so poor that I was willing to sell my soul.
Posted by Dr. AnnMaria at 2:24 PM 15 comments: 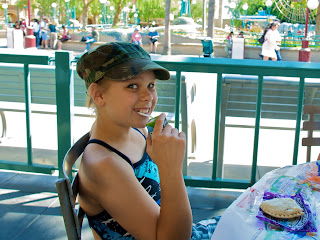