Why I have no intention of being nicer

A guy, lets call him Bob, is doing business with someone and they make a mistake that costs him significant money or inconvenience. They incorrectly charge his debt card by a huge amount making his bank account overdrawn, the travel office in his company forgets to book his ticket so he's standing at the airport counter with no seat to that conference in Paris because the flight is sold out. The person who made the mistake says they are sorry, but there is nothing they can do to correct the problem. After all, what can they do?

A. Accept their apology. The person is sorry. Everyone makes mistakes.
B. Say, "Fuck that. I am not paying for your mistake. Your company is going to fix this."
C. 'Ask nicely' is not an option because he already tried that and we are back to A or B

Or, try this one.

Bob, who is apparently having a really bad day, is standing in line in a dark theater waiting to go see the latest blockbuster. The guy in line behind him starts rubbing up against him, clearly excited to see him, if you know what I mean, and I am sure you do. Bob turns around and says, "Hey!" Pervert Pete says, "Oh, I'm sorry. I thought you'd be into it."

Should Bob:
A. Accept his apology. After all, some people would be into it. An honest mistake.
B. Say, "What the fuck? Do that again and I'll punch you in your fucking face!"
C. 'Tell him firmly but politely' is not an option because he already tried that. Choose again.

Do you have your answers ready? If you wouldn't mind, I'd really appreciate it if you post in the comments if your FIRST response was A, B or C. You can do it anonymously, if you want. All comments are moderated, so they won't show up right away.

Now here is the second part and this takes more honesty than most people have, seriously.

Think about if the situations involved Mary Lou instead of Bob. Would you have had the same response? Most people would say yes but virtually all research says no, you wouldn't. Here is a discussion of one study finding "men's anger works for them but women's anger works against them'". There are literally hundreds of such studies. If you are interested in finding more, I trust you have access to a search engine since you are reading this.

I have never aspired to be a nice woman.

I have tried to be a good person, a fair person, a kind person but nice has never been on my list. I'll tell you why ...

Nice women get screwed over.

Recently, I was in a similar situation as Bob and I said,


Fuck that! I'm not accepting your apology. You need to do something.

The situation was resolved and later I was told that I should have handled it nicely. I disagree. Initially, the suggestion was maybe it wasn't a big deal, like I could get to the conference a day late and so what if I missed meetings with customers.

Women get that a lot when they object to being mistreated.

I have seen this happen over and over. Whether it is a promotion, an upgrade to first class, the opportunity to speak at an event or an executive who sends you a picture of his dick,

Yes, I understand you being unhappy, but you could be nicer.

Let me make this clear:

I am NOT "unhappy", I am fucking pissed and I have every right in the world to be.

Really the only reason I refuse to be nicer is that I strongly believe in being the change you want to see in the world and modeling that for my children and grandchildren. Very often, it is suggested to women, but not men, that they should overlook mistreatment, from sexual harassment to abysmal service, and, particularly, they should overlook unfair treatment in favor of men.

When I was a kid, my mom told me a story about how a girl in her high school class got the most votes for class president but the nun who was running the election announced that the boy who got the second-most votes would be president because it would help him get into college and that girl didn't need to be class president. My mom said no one spoke up because, "What good would it do?"

In my life, it has been suggested to me that I give up raises, promotions, offices to a man who 'needed it more' for either his family or his ego. It has been suggested that I should let bygones be bygones with people who have been blatantly dishonest in deals because "we need to get along" or "you don't want to get a bad reputation."

In short, throughout my pretty long life, over and over, I have seen "Be nice" said to girls as code for "Let me take advantage of you."

I'm not fucking having it.

And neither should you.


Buy Forgotten Trail  - a game about two kids who decide to be more than ordinary.


Play on your computer, runs on Mac, Windows or Chromebook. 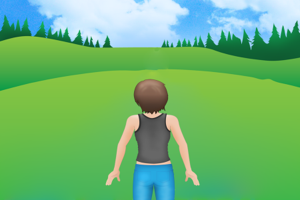 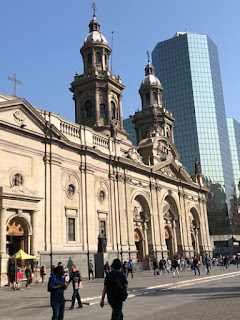 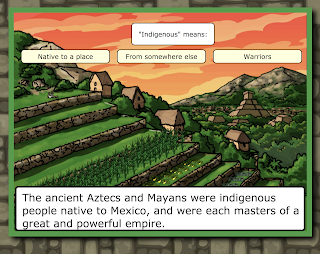