Thoughts on the Arnold Sports Festival

I wrote this on the flight back to Santiago from Columbus 2 weeks ago and I'm just now getting around to posting it! You can follow on my crazy life and how "I'm learning a gang of shit" in Chile on our 7 Generation Games blog. 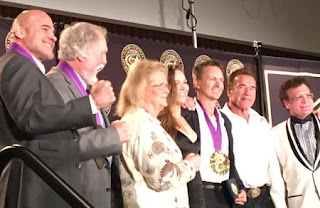 I just came back from 3 days at the Arnold Sports Festival in Columbus, Ohio.

It was certainly a whirlwind trip - 13 hours to fly from Santiago, meeting up with my old friend, Steve Scott to go watch the power lifting and throwing the caber. 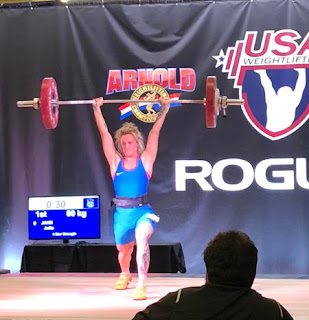 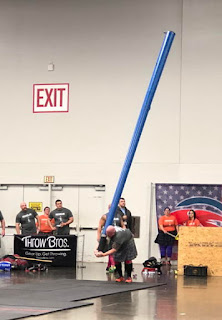 I met up with my lovely daughter, Ronda and her husband for lunch, attended a fundraiser for the After-School All-stars , was promoted to seventh-degree black belt along with Ronda getting her sixth-degree black belt, attended the International Sports Hall of Fame to see Bas Rutten, Ronda, Drs. Jan and Terry Todd and Phil Keoghan get inducted. 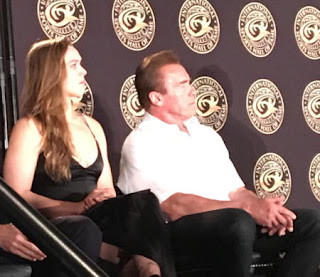 That was a touching event. All of those inducted had been pioneers in getting mainstream acceptance for their respective sports and then gone on to have impressive careers after competition. Think of the 44-year-old guy in the bar talking about scoring the winning touchdown in the high school state championships. Now, imagine the complete opposite of that guy and you have the inductees.

It was particularly cool to see Jan Todd get an award because she’s older than me (yes, such a thing is possible) and women lifting weights was just not something respectable married women did. When she said,


- if I was the crying type of person I would have cried, but I’m not, so I didn’t, but the thought was there.

There were 200,000 people at the event, and I heard there is a similar event in Las Vegas as well as several regional ones. There were a lot of top-level weight lifters and professional body builders (I didn’t even know that was a thing) .

There weren’t 200,000 Olympic contenders, though. Most of the people were interested in being somewhat physically fit, probably worked out at something, whether it was lifting weights or fencing. They participate in events like throwing the caber for fun.

It left me wondering why we don’t have more focus on getting mentally fit.


Yes, we have events like the academic decathlon, but I don’t see much of the mind equivalent to the person who works out once or twice a week. 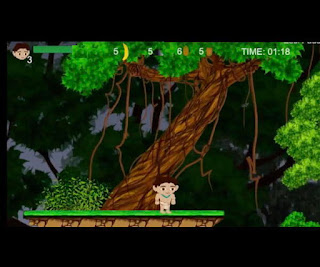 GET PUSH-UPS FOR YOUR BRAIN  AzTech: The Story Begins

Maria hates my “push-ups for your brain” analogy, but we make games that are like that. Doing push-ups alone won’t make you an athlete, but they will help, and you can do them almost anywhere and for a long time or just 30 seconds. The more often you do push-ups, the stronger you will get, and that strength will help you in the other physical activities you decide to do.

I've been talking with some friends about doing a Strong Minds/ Strong Bodies campaign to encourage people to get and stay smarter as well as stronger.