That’s not to say it’s boring because it’s not. So far this year, I’ve been in five countries, nine states and I’ve lost track of the number of cities. I’m also not opposed to Instagram. I do have an account and I post on it most days. No, what I mean is that while most people are posting things to make their life look more interesting than it is, I often forget or don’t have time to post because I’m too busy doing interesting things.

Where I’ve been lately

Since the last blog post, a dozen of us from Gompers Judo attended Judo Con - which was GREAT. There were judo instructors and coaches from all over the country learning everything from teaching judo to children with special needs to jump roping for conditioning in martial arts to character development in youth sports. Every one of the presenters was my favorite. 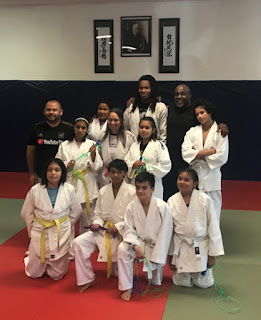 I’ve gotten back to teaching at Gompers regularly. Thanks a million for the judo gi donations. It’s hard to believe that Gompers Judo has been in existence ten years now. We've had gis donated a couple of times previously but over a decade, things wear out.

It’s looking like Judo Con will be on the East Coast next year so next on my agenda is raising money for a dozen plane tickets to get some kids there.


I’ve also gone to Washington, D.C. twice because I was selected as an AARP Purpose Prize Fellow - which was also amazing.

It is for people who have led a “purpose driven life” and have a noteworthy “second act”.  Many award winners founded charities, like The Pink Fund which pays the non-medical bills for women who have cancer (what do you do if you can’t work for 3 months?) , Starting Right Now which provides homes, counseling and academic support for homeless youth. I founded 7 Generation Games, which is not a charity but has helped 20,000 kids get better at math and English. 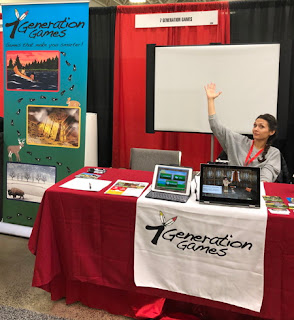 Language and Learning Conference in Merritt, British Columbia, where I also had the opportunity to attend a joint workout of the Nicola Valley Muay Thai , then head to Vancouver to participate in a self-defense workshop offered by Protect Our People. 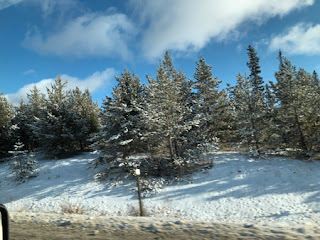 I put up another More Than Ordinary podcast, this one with author, long-time judo coach and budding YouTube celebrity, Steve Scott.

So, I have literally been coast to coast, from Boston, where I had a couple of meetings on our new Crossroads games and also got to see Julia play in her final season of soccer. 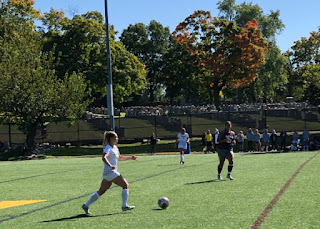 In case you haven’t been keeping up ...


This spring I was in Melbourne, Australia for a week and I started out the beginning of the year in Santiago, Chile.

There have also been a couple of short trips to Mexico.

Oh, and I did a month-long road trip with my husband.

From going to Melbourne to the Nicola Valley to teaching summer school at Spirit Lake, I did a lot of things this year that were only tangentially related to what could be considered our "core business" at 7 Generation Games. I did not regret a single one of them.

I've learned that life is far less predictable than we'd like to believe. I often think back to the fact that my husband died when he was seven years younger than I am now.  I absolutely guarantee you that if you went back to any of the teachers I had in junior high and high school and told them I was doing life in prison now none of them would be surprised. But I'm not. Not yet, anyway.

This isn't to say that you should spend your days lying on the beach or scrolling through Twitter on your phone because, "Life is unpredictable, why bother?"

What I mean is that you should not get so laser focused that you lose sight of opportunities that might not come again. That's why I went to Chile, why I started 7 Generation Games, why I do a lot of things.


Some people worry about dying without a full bank account. I think a bigger worry should be about dying full of regrets.

NOTHING is more important than associating with good people. Nothing.

Explaining one of her business decisions, Carly Fiorina said,

"Once you sell your soul, no one can buy it back for you."


People make this mistake in judo, in other martial arts or sports and in business. Because someone has money to invest or donate, is good at a sport, is a successful coach, their character flaws are overlooked. Sure, I wouldn't trust Bob alone with my teenage daughter or my wallet, yes he is physically abusive to athletes and overly controlling but look at ....


I'm not looking at jack shit.

If Bob isn't a good person, if he isn't honest, trustworthy, brave - cut him out of your life. This lesson took me too long to learn and I am never, never going to forget it. I don't care if Bob's judo is so great he could defeat the entire U.S. Marine Corps single-handed. It doesn't matter how much money Bob has. Please don't make me vomit by asking me to think of how much good could be done for the athletes/ children/ investors with Bob's money.

If I know Bob is a lying, cheating douchebag and I see you hanging out with Bob, I'm less likely to have anything to do with you. If I don't know you from a hole in the wall and I see you with Bob and your cousin over there is hanging out with Sally B. Goode, I'm going to go see what Sally and your cousin are up to. Even if I DO know you, if I know that Sally is always doing something to help people, save the whales or find a solution to world hunger, I'm STILL going to go check out what Sally and Cousin Lou are up to.

When I started my first company, many years ago, I reached out to Bruce Toups for advice. I was still a young puppy and he was a successful businessman. He told me,

"Hire for character first. Everything else is secondary."


Apply that to everyone around you, not just hiring. It will improve your life.