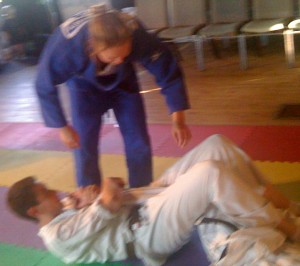 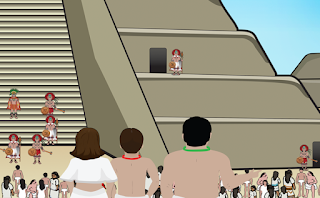 Mean people: One-third of the reason I'm not around judo much any more

Every now and then, I run into people from judo who say,

"Hey, we never see you around any more? Why is that? What happened to you?"


I wrote this years ago for a project on the Spirit Lake Dakota Nation, and our Country Manager for Strong Mind Studios, our company in Chile, came across it recently. (If you read Spanish, check it out.)

Nothing happened to me. I do run a practice or a clinic now and then, but it is true I am not nearly involved as much as I used to be.

There are actually three reasons I'm not around judo these days. One is that I choose to be more selective about the people I am around. My lovely daughter, Ronda, made this comment about earning quite a bit of money.

There are really only two things money can buy you that really matter to me.


While money may expand that freedom, I think most of us have more of those freedoms than we take advantage of. I've decided to make better choices. The post below gives one of the three reasons I'm not around judo organizations in particular.

By the way, if I haven't seen you lately, I may think that you, personally, are awesome. There are two other reasons I'm not around judo much lately, so, hopefully, I'll get a chance to post about those soon.

How do you say, "Mean People Suck in Dakota?"

Native Americans are noted for their generosity. People give feasts, presents, time and attention to one another. Once you become a board member, you will be giving of your time and talents to the community. Good for you! That is why you were elected or appointed. There is a reason it is called public service. I am going to assume that you are doing a fine, even an outstanding job. Unfortunately, I have seen people like you get burned out and discouraged by mean people. You can learn what to do through experience, your own or other people’s. Try to learn through other people’s experience whenever you can. It is less painful.

As a board member and consultant to boards, on and off reservations, I have had my experience with generosity, and with its opposite — meanness.
Most of us think of the common definition of “mean” as small-minded or not treating people decently. There is an older, related definition, though — stingy or selfish. You will come to learn as board member that your children are correct.

For some people, no amount you give will ever be enough. For example, I had someone send me an email on Christmas — demanding an answer. His question wasn’t an emergency. He just wanted me to drop whatever I was doing on Christmas with my family and answer him because he wanted me to do it. What did I do? I made Christmas cookies with my daughters. (Well, actually they made them, but I ate them so that counts as a family activity, right?)

This person will probably speak out against me at the next board meeting and say that I am unresponsive. That’s okay. If people you serve as a board member don’t believe you should be able to have any time to yourself, not even on Christmas, then those people lack generosity and are probably not the type of people you want to associate with.

Other people demand 100% agreement. You can vote on the same side as them 99 times out of 100, but that 100th time, when you vote with the opposition, they are outraged and the next thing you know, they are trying to get you recalled.

Sometimes mean people can sound almost reasonable. (Imagine this said in the most whiny voice possible … )

“I called you because you are on the board. People like you are supposed to be providing a public service. If you did not want to help people out why did you run for the board instead of letting somebody who is really committed have that seat?”


Notice the person doesn’t even acknowledge the fact that it is 11 p.m. on Saturday night.

You are on a board to serve your community but you don’t owe any one person or even the whole community your entire life. If this was a regular job, you would have holidays off, sick days and not be expected to work 24–7 . If you can, simply do the best you can and don’t give these people another thought. Turn off your cell phone after 10 p.m. and go back to baking Christmas cookies. Odds are, the majority of the people you serve appreciate your efforts and appreciate how generous you are with your time, and they, in return, are not overly selfish in their demands.

If you are in an organization or on a board that consists of mostly mean people, consider quitting and going somewhere else. Maybe that sounds like quitting — well, it is quitting, I just used that word, didn’t I? In the book, “Business as a game” one of the best chapters has the title, “Never play with a stacked deck.”

One way mean people take advantage of others is by playing on those very ethics, the generosity that motivates you to give of yourself, the perseverance that makes you unwilling to give up. If you find yourself the minority in a group of mean people, there is no win for you. They will keep demanding more and more from you than is reasonable to expect you to give. As Erich always says in his ethics courses, you can’t change other people, you can only change yourself.

Walk away. Left behind you will be a whole group of takers, each trying to get the others to do more for ME, to please ME, to agree with ME. Can that group ever succeed? No.

Does this mean that you are letting down people in the community who you could help? No, again. Someone with your willingness to give of yourself for the good of the community will be welcome many places. Find one of them and leave the mean people behind.

When I gave a very frustrated young man this advice, he protested,

In case you were wondering, I was at Spirit Lake making Spirit Lake: The Game, where players learn how to solve multiplication, division and geometry through word problems set in the context of a stories based on the history and culture of the Dakota people. Save your tribe from attacks and a spreading epidemic by solving math problems while escaping rabid wolves and hunting buffalo.

You can get it in the Windows store for under  ten bucks.

You can download and play the demo version for free.
Posted by Dr. AnnMaria at 1:15 PM 1 comment: