Save your breath on the trash talk

Just got back from Las Vegas and have a week of vacation. Also just getting caught up on twitter, Facebook, the Judo Forum and random sites. There seems to have been quite a bit of trash-talking from some woman trying to pick a fight with Ronda. I could tell her she might as well save her breath.


When Ronda was barely 17 years old, she was number one in the U.S., would go to judo tournaments and her competitors, all much older and with many more years of competition experience would walk by, try to catch her eye and glare at her.  Since Ronda was a huge Pokemon fan, she spent all of her time in between matches playing on her Nintendo and never even noticed these people giving her the evil eye.

One woman skipped several tournaments setting up a head to head match against Ronda that would occur at either the Olympic trials or the senior nationals. We were sitting at a tournament and my friend commented, 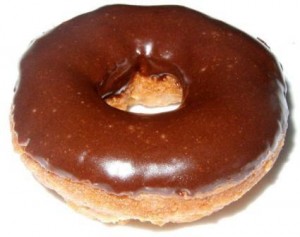 "You notice that (*** ) didn't show up again? She's trying to psyche Ronda out. She wants Ronda to get all nervous about fighting her, and then have a let down when she's not here. She's hoping your daughter will convince herself they won't have to fight, and then, when Ronda is unprepared, she'll show up. You better tell your daughter to be mentally ready at any time."


I looked down at Ronda, sitting on the floor, playing Pokemon and said,


"I'm not telling her anything. Ronda never thinks about those women walking by her trying to stare her down, and she certainly doesn't think about whether so-and-so is going to show up at this tournament. If anything, she is thinking of some excuse she can use to convince Jim Pedro that she's close enough making weight that it's okay for her to have a chocolate doughnut."


Ronda paused in Pokemon for a minute, looked up and complained,


"Big Jim will never let me have a doughnut."


Later, she put her Pokemon game down, went out and won.

Ronda is wise beyond her years.
The very best never need to fight
with words..They use they're Talents and gifts to speak for them in the proper places and times. Such people as Bas Rutten
and Royce Gracie would tell you
thats how Champions are made.
Not with words but with actions.
Roderick Luvs you.

Wow, great post, I am Ronda Rousey and forever will be, I loved when I interviewed last year and was a lifetime fan after the interview, she tells like it is and I can see she will never back down, props to you mom for have a excellent daughter in the world women's mma, she will do many great things in the upcoming years and I hope she makes you proud! have a great day

Indeed the rosie riveter of our time... my three daughters look up to you and ronda sensei. they even fix their hair like ronda. It's a shame that people including women trash talk about your daughter but I guess they dont look at the big picture as far as what ronda is doing for women as a minority in mma totally hall of famer material sensei demars.

It is easy to talk trash thats why most people do! but it's hard to lead and thats why most people dont! Few women lead the way you do sensei demars, you should be dam proud of yourself. Is oprah winphrey still have her show? well I think you are a role model to many mothers and children across our nation and your story is dam well worthy of hearing.

God bless you sensei demars and may the good lord continue to give you strength to put up with the "trash talk" I will pick up a dozen chocolate glazed donuts and enjoy them over a nice conversation about your positive contributions to judo amongst many others.

I've followed your Judo career for many years and I am so happy that your daughter is doing something she loves. Best wishes to you and your family, and that of your daughter's MMA career.

I am reminded of a quote by Theodore Roosevelt that inspires me to push myself beyond what anyone says is possible:

"Far better is it to dare mighty things, to win glorious triumphs, even though checkered by failure....than to rank with those poor spirits who neither enjoy nor suffer much, because they live in a gray twilight that knows not victory nor defeat. "

Hi Ann!! I was wondering if Ronda is still a vegan. I was very happy to read about it because i already admired her fighting stile ('cause i trained judo when i was a kid, and my dad used to fight, and part of my family are actualy judoka, so we like the philosophy of judo and all), and when i searched her name on wikipedia and read that she is a vegan i thought: "yes! another good fighter to prove that you can actually be strong without eating dead animals". I read in a site something she said, and it was something like being a vegan and fighting a violent sport "yeah, we're tough, but we don't kill our opponents and eat them". lol﻿ She is very smart and that was a perfect answer. Do you have to prepare different kind of food for her? And she still eats chocolate? lol

Ronda was a vegan for about a year after the Olympics but when she went back to training she got sick and kept getting every little flu, cold, etc. that came along. I was worried she wasn't getting enough vitamins and iron and talked her into going back to at least eating some meat and dairy products.

As she has been cutting weight to get in lower divisions for MMA (first 145 and now moving to 135), she has become a lot more knowledgeable about nutrition and been eating 90-99% vegan food. So, I would say that she is now back to being a vegan who occasionally slips up and has, say, a piece of turkey at Thanksgiving.

So, in answer to your question, yes, but she is not perfect.