When is "coaching" just ego?

Ask anyone and they will tell you that this is what me watching Ronda at practice looks like.

I sit there and I read a book on statistics or programming, and occasionally glance up to see what she is doing.

Ronda is an adult. More than that, she is an adult who has won medals in the world championships, Olympics, Panamerican Games and now the Strikeforce world title. She doesn't need to be told all that much.

It was a very different situation ten or fifteen years ago. Of course, back then, no one had much interest in how I was coaching her or what I had to say.

Most of the time, I don't even go watch her practice any more. Once in a while I will drop by Hayastan when she is there, and say hello to Gene and Gokor.

Even less often, I might go up to see her at Results Fitness, where she is training with Leo, or at some place she is visiting.

I'm most likely to do that if I think she is on the wrong track and I want to see how she is doing. Mostly these days I think she is doing things right so I don't go at all. I'm teaching at Gompers Middle School on Fridays and at the West Coast Judo Training Center most Sundays, so, I'm busy.

Funny thing I have noticed, though. The more successful Ronda has become, the more people are eager to be seen coaching her. Even people who have never won anything or coached anyone particularly successful will try to pull her aside at practices, at tournaments and say,

It's my opinion that the most verbose coaches are those who are trying to stroke their own egos, PARTICULARLY those who insist on "coaching" very successful athletes in a very public way, and going into great detail on "turn your finger this way, stand with your foot like that", etc. etc. 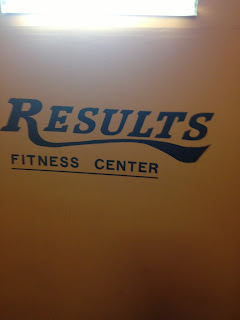 Leo, Ronda and I were discussing this at the gym the other day and we all agreed that when we had hit the international level of competition, ESPECIALLY right before a major competition, what we needed was not teaching so much as suggestions or reminders - "When she comes in like this, be ready with the hip throw"

Even when I do have something to say to Ronda, I'll usually do it privately, after practice or on the way home. Being Ronda, she will almost always argue with me about it. I will say what I have to say and then I'm done. "You should practice more on transition."  or whatever.

She's an intelligent, experienced young woman and she can consider whether she agrees with what I say and do it, or not.

Occasionally, I'll see her getting technically sloppy and say something like, "You should have that arm locked against your chest."

My point is, there isn't much to say, and I think I know a fair amount about judo and training. You know who there IS a whole lot to say to? The kids at Gompers who are just starting judo and the 12- and 13-year-old kids at the West Coast Training Center who need to drill matwork combinations. You don't see hordes of people coming to give them detailed free advice, though, because there are no cameras around filming it, no crowds watching.

All of which leads me to the conclusion that when I see a coach going on and on and on coaching an elite athlete it is not because the athlete needs it. It is because the coach's ego needs it, to be seen as important because "I coached Ronda."

Good for you. I read a chapter on odds-ratios, relative risk and other measures of association of categorical variables.

Guess which one of us was more productive?