How to Deal With Bullying

I've been asked a few times recently to give advice on bullying and I was at a loss. Truthfully, I experienced no bullying in school.

HOW NOT TO DO THINGS
If another kid, or group of kids, tried to fight me, I would launch myself at the biggest or closest one in the group. I might get hit by a board (happened), have a brick thrown at me (happened) or have another kid kick me in the ribs (also happened), but at the end of it, someone in addition to me was going home with scars. Next time around, they picked someone else.

If the mean girls at school said things about me, I reached up and yanked the ribbons out of their hair and they didn't say it in my hearing again.

For all of those saying, "Yeah, you go girl!" you are wrong.

"Kids should learn how to defend themselves",

"Parents should teach their kids not to be assholes to other children."


Let us agree that the world is not perfect, shall we?

While "punch them in the face" may be a satisfying solution, it should NOT be your first choice. One reason is that it doesn't teach you how to deal with the world as an adult. You yank the ribbons out of the hair of that snooty co-worker in the next cubicle and your ass is getting fired, sued for $5,000 and maybe going to jail for assault. 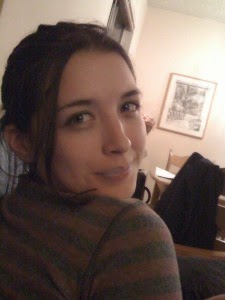 The Perfect Jennifer had three pieces of related advice.

My advice is that somewhere before 3, call it 2a, you may want to bring in reinforcements. If your child is in special education, you have a right to bring someone else with you to meetings at the school. I'm not sure if regular education students necessarily have that right, but I have gone to schools where a child had an issue and the parent did not speak English and no one has ever told me I had to leave. However tempting it is, don't bring the head of the local Hell's Angels group. Bring someone like your minister, a friend who is a psychologist, retired principal or lawyer. Again, you have a witness and the school might be a little more proactive if someone was watching them.
AND ANOTHER GOOD IDEA

My brilliant niece, Samantha, also had a brilliant idea.

It may be a while before you get action from the school and before it has any effect. What do you do in that case?

She pointed out that if your child is having an awful time at school, the worst situation is to come home and spend all evening thinking about how much school sucks and how you have to through it all again tomorrow. Sam suggests finding something your child likes - it could be art, playing an instrument, karate or soccer. Whatever it is should take up a lot of time.

This accomplishes two things. First, your child will be too busy doing whatever it is, and enjoying him/ herself to think about how school sucks. Second, even if school sucks, there is something to look forward to at the end of the day.
Posted by Dr. AnnMaria at 10:34 PM

As someone who experienced a lot of bullying growing up, I think I can give my insights. Telling the teacher doesn't stop the bullying, it just makes the bullies more confident in bullying you. The best way is to beat them up, as wrong as it sounds. Jumping in the middle of a group of people who want to stamp your head into the pavement is generally a bad idea. A better idea is to back yourself into a corner so that way they can't surround you. When they try to go for punches, go for the arm break. I don't know how to describe the move I'm talking about, but what you do is twist the wrist and punch the bottom of the arm. It's a Gong Fu move, but I'm sure Judo might have an equivalent. Another good strategy is to throw one of the attackers in the path of the rest, so that way you can delay them and run away. I know Aikido teaches this as a basic principle, so it may be wise to invest in learning it. The randori of Aikido consists of several people rushing at one. After you run away, then you can tell the teacher immediately. If they want to make an issue out of it, just bring up recent cases where a child was severely beaten or killed by a fight in school and point out how you taught your kid because you didn't want to take any chances. No one should feel guilty for defending themselves against physical assault. Right equals might.

another way to deal with bullying is being ignorant because they think that they can have control over anybody's emotion so kids who get bullied shouldn't pay attention to them.

this is mainly useful against verbal bullying and all that. :)

One major problem is that most kids don't tell anyone (especially their parents) and if they do tell the teacher it often makes things worse. My experience was that most teachers didn't hand out serious punishments for bullying, certainly nothing that would encourage an aggressive little asshole to keep his hands to himself. In general, hitting another kid will usually get a bully a minor punishment (timeout, lost recess, 30 minute detention). If the other kid hits back, it becomes a "fight" and both kids will probably get suspended. Bullies should get serious punishments (e.g. suspension) for hitting other kids whether or not it's a "fight".

Kids need to tell their parents and the parents need to follow up (I agree with #1,2 3). With follow up, the kid being bullied can probably get relief. Unfortunately, the fastest resolution is probably to hit back and take the punishment alongside the bully. But, that's just because the adults usually aren't handling things as they should

This has nothing to do with your topic...I just wanted to say this...
I received my pre-order in the mail and began reading at noon central time. I just finished. I could not look away from the pages for 5 hours.
And it is not the story of "your little pumpkin" that intrigued me...it is the mechanics of the writer that have left me floored. Maria is more than gifted...she should quit whatever she is doing and write full time.

As some people here noted, the system doesnt really work. Most often it creates the sense that bullies have it easier, that it actually supports them. Because system as it works now, and it isnt in the US only, actually tries to smooth things over and make it all seem falsely nicer by doing nothing or very little in ways of punishment of the bullies. Because people who should be dealing out punishment take the easier path of least resistance and go against the victims, or their parents. So you end up having to threaten with lawyers, while bullies can just wait for some kids behind the corner and beat them up. Which is extremely easy.
Especially since they will always choose those weaker then them, to make it even easier. Its really a self reinforcing loop of taking the easier path of least resistance - from hell, figuratively speaking.

Thats why people have a sense that laws and institutions these days care more about criminals of all kinds then the victims. Because they do.
Because it is easier for them and makes them feel better about themselves.

I would agree that those steps you mentioned are good way to handle things but i would not agree that should be all of it.

Instead those steps should be a part of the whole response system which should include teaching kids self defense and standing up for themselves - but with measure. With balance.

Because, after all, bullies most often have no idea what fairness or balance is.

They need to be taught.

One thing that gets words through those skulls is getting to feel how it feels to get beaten up. Thats when they all start to actually hear the words. Thats what actually opens those clogged empathy channels.


I think prevention should play much bigger role and the most influential way to go about it is to expose bullying as a cowardliness it is. To speak the truth about it, no matter how uncomfortable it is.

To make that understanding, with no sugar coating, widely accepted and integral part of the popular culture. Instead of painting it over with false coolness marketing sprays, which is done to sell movies and merchandise, not because it is true.

Then invest in behavioral science and make behavioral psychology classes part of the school system curriculum from the earliest ages.

That would affect the causes of these problems that really have been plaguing humanity throughout history. This "bullying" that is a problem with kids and teenagers is just a part of a bigger problem that has been with us for a very long time.

Some good news on this issue:

Ive mentioned "behavioral sciences" or psychology above so i thought to explain a bit better. This article on BBC science site does it excellently.

Its called "cognitive behavioral therapy" and i think it would be very helpful in dealing with bullying problems too. Whether to to change the psychology of bullies or to help people suffering from these problems.
It is very useful and applicable to a variety of big and seemingly small problems.