Who pretends to hate successful people? (and why I seldom ask Ronda for anything)

Credit where credit is due, I owe this epiphany to two people - comedian Kevin Hart, whose autobiography, I can't make this up, I highly recommend , and two-time judo Olympian, Pat Burris.

I was a teenager and had just won the U.S. Open. It was the second time I had made it to the finals and my first gold medal at an international event. I'd also won the junior nationals, senior nationals and collegiate nationals that same year.  It was a good year.

Pat said to me,

"About now, people you have never met are going to start trying to pick fights with you and you are going to have to learn to ignore them."


I thought he was nuts. Why would someone I didn't know want to start trouble with me? That didn't make sense. Still, I listened to Pat because  he was OLD - like, he would be 30 in a few years so he obviously knew stuff.

He told me that random guys would get in his face and try to start shit with him (not wise, if you know Pat). He eventually realized that people were doing it to get attention. He explained it to me like this,

"If you are on the podium, on the Olympic team, the best player in the country, people at tournaments are looking at YOU. So, anyone who is around you gets attention. Random Joe from East Nowhere Dojo starts a fight with you and you kick his ass and people don't know who that guy is but they think he must be somebody because the best judo player in the country is fighting with him."


Random fact: Judo used to be a much bigger deal in this country, but I digress, even more than usual.


What does this have to do with haters, Kevin Hart, or Ronda?

In his book, he writes about everything he had to do to learn to be a comedian, about  driving for hours to New York City after working selling shoes all day, sitting in clubs to listen and learn.  After he had made it, he had lots of "friends" and relatives who wanted to add his name to their TV shows or other project they wanted to pitch.

The part that stopped me is where he talked about how THEY were trying to profit off of HIS work without doing any of it.

My husband has cautioned me against ever reading anything anyone says about Ronda on the Internet.

You see, we know her. We know that she is incredibly hard-working, intelligent, talented, kind, honest and generous. She has her faults, as does anyone, but her good qualities vastly outweigh those.

Why do random people who have never met her pick any error she ever made and bring it up over and over instead of her myriad of successes? Why do people take quotes out of context and make her out to be less of a good person? 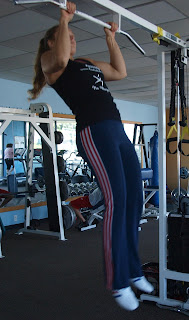 Very few of these haters are actually haters. They are just like the people Pat Burris and Kevin Hart pointed out. They are trying to use her hard work, fame and name to get attention for themselves. Every time someone uses her name in a headline about how she isn't or doesn't or shouldn't be X they are hoping for clicks on it so they can benefit off of her years of hard work building a name for herself through actual accomplishments.

I don't want to be that person, which is why it's very seldom that I or any of the family ask Ronda for anything, even for charity (although this auction for Gompers Judo is an exception) and if you look at our company website she only comes up when it is something particularly relevant.

For many people who post diatribes against someone successful, on the Internet or in print, they don't believe a word of it,  it is all about using THEIR hard work in developing a following, THEIR accomplishments that draw people's attention to get some measure of recognition for YOU when all you have actually done is throw mud. (Not you, the reader, of course , because you are a person of exquisite taste and education reading this blog.)

The other day, I asked Ronda how she dealt with it  She knows who she is, what she has done and what motivates he haters of successful people. She said,

Email ThisBlogThis!Share to TwitterShare to FacebookShare to Pinterest
Labels: success