Future Plans and Other Fictions 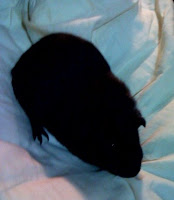 When I was young, I not only had a five-year plan, I even had life goals. What do you do when you have met your life goals by the time you are nineteen? Die? I decided not to die and got married instead. Depending on your own marital experiences, you might consider that a fate worse than death.

After getting divorced and finding myself still not dead, I set some new life goals. My first ones had been to get a college degree and win the U.S. Open. I decided that I needed BIGGER goals, that was my problem. My new goals were to move quickly up the corporate ladder and win the world championships. After a few promotions in fewer years and a shiny gold medal, still in my twenties, I was beginning to realize that life was perhaps going to be longer than I had originally anticipated.

The next time, I decided to set even bigger goals, to get a Ph.D., to publish articles in scientific journals, to become a tenured professor, and, after my second husband died, to do the best I could in raising my girls on my own.

Then there came a new husband and new goals, like getting a post-doctoral research fellowship, coaching, founding a company. Are we detecting a trend here, yet? By the time I was almost 50, it dawned on me that my daughter, Jenn, was right. I WAS a lot like a hamster running in its wheel. (I know the picture above is a guinea pig and not a hamster, but I don't have a hamster and the guinea pig was none too pleased to have her picture taken, so be appreciative.)

Now I have weekly goals, or maybe daily ones. My goal for tomorrow is to sleep late. After that, I am going to get banners made for the new West Coast Judo Training Center opening on Saturday, do as much as I can on finishing our new website section on Adults, Aging and Disability, read a book on research methods and watch some judo videos. The last time I used our DVD player was in 2004 when someone sent me a DVD of Ronda in the Titan Games, so I guess I am about due. My goal for Wednesday is to finish anything that I don't get done tomorrow.
--------------------------------

Judo Tip: Learn a half-nelson, for crying out loud, and if you already know it, use it! I saw only two people in the tournament on Sunday use this basic turnover. One of them is a high school girl that wrestles and the other is a high school girl whose father was a very successful wrestler. The odd thing is, I know plenty of men who wrestled in high school and won huge numbers of matches, yet they seem to forget all of the matwork they know when they get on the judo mat.

I know tons of people in judo who don't even know what a half-nelson is. You can find an explanation here or in any basic wrestling film or book.
http://www.answers.com/topic/nelson-hold
Posted by Dr. AnnMaria at 12:15 AM

For those of you who have coaching clients at board level there is a site with 600+ coaching resources related to boards and corporate governance. Executive Coaching Washington DC It’s a handy resource to have around for client questions like – How do I get on a board? What are the best
board conference to go to? What are the top board trainings? There is even a page with board movies!