Great Advice from a Great Scientist 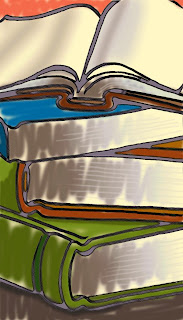 When I was in the eighth grade, I read the book, The Double Helix, by James Watson, about the discovery of the structure of DNA. No doubt that is an odd choice of books for a twelve-year-old, but I would have been described by even the kindest observer as an exceedingly odd child.

One of the things I loved about his book was that there was no bullshit about him. There was none of this,
"Aw shucks, we got lucky and we never expected this to happen."

The thing that irritates me so much about false modesty is that it is just that - false. None of that for Watson (or Francis Crick, either, from the stories told about him in the book).

Watson and Crick set out to win the Nobel Prize and they did it. There is no question that they were great scientists, brilliant men who were exceptionally hard-working. They also knew their own value, believed they could achieve great things and had a passion for their field.

As for me, I drifted away from biology and chemistry after high school, attracted by other interests. Still, when reading Watson’s article in the latest issue of Technology Review, I was once again impressed by his insight into excellence not just in science but in the world. So much of his advice would apply to a technology company – or to an athlete. These included:

1. Choose an objective apparently ahead of its time.
Solving the mystery of DNA seemed far ahead of its time, but Watson believed it was possible in the near future. Actually, he was the one who had good reasons for his belief. Those scientists who said it couldn’t be done were basing it on the fact that everyone else thought so.

Our USJA/ USJF West Coast Judo Training Center opens on September 15. So many people said it couldn’t be done because the two judo organizations would never work together, coaches would never encourage athletes to train at other facilities, no one would ever accept a woman as a head coach, even if she was a world champion. Turns out they were all wrong. People are better than you think, sometimes. For all of the evil, petty, self-centered acts in the world, you’ll find twice as many instances where people donate money, teach children in their spare time, support one another's efforts for no personal gain simply because it is the right thing to do.

2. Never be the brightest person in the room. Watson asserts that it is better to be the least accomplished in a super chemistry department than a superstar in mediocre department. Speaking of another scientist, Watson said,

"He wanted adoration, not criticism."

In both judo and business, I have met so many people like that. When someone else in an organization begins to shine, to outdo them, they try to force him (or her) to run for the hills. Recently, an obviously intelligent, very kind woman with a doctorate advised me to pretend that I did not know how to operate the equipment in a classroom. When I objected that I knew perfectly well how to use a computer and a great deal more, she nodded and said,

"Of course, dear, but you'll find the students will like you better if you seem just a little bit pathetic. Then they won't resent you for being so smart. Trust me, it works."

I do trust her that it works. I just don't understand why I would care about the opinion of someone who would like me better if I was dumber. Many of the mentors I have had over the years have passed away and others I have just passed up, as my knowledge in the field increases and as they ease into retirement. The first time one of my former mentors called and asked me for advice on a technical question, I was gratified, but stunned. Now, it happens frequently. I feel good about having accomplished a certain competence, but a little sad and lonely at the same time. Of course everyone can learn and everyone has something to teach. Still, Watson is so right. It's better not to be the smartest person in the room.

3. Stay in close contact with your intellectual competitors. This is so true! Whether it is science or business or judo, you should never be afraid of your competition and you should definitely never avoid them. Your competitors will make your mistakes apparent. They will keep you honest.

"If there are no points for this tournament toward the Olympic Trials or junior world team or Panamerican team, what do I get for competing in it?"

I was stunned into silence for a moment and then I finally hissed at the person,

Now that I am vice-president of the national organization, a former state president and chair of development for the USJA, I did not end that last sentence with,

Are you not impressed with how mature I have become?
Posted by Dr. AnnMaria at 5:21 PM