Working and Getting Old in the Middle of Nowhere 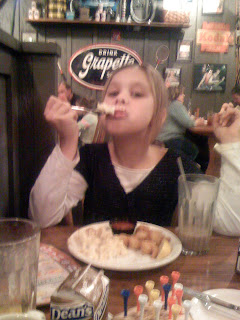 For those of you who read this for information about judo, today, you are bound to be disappointed.

For the past couple of days I haven't exactly been in the middle of nowhere. It's more like the place nowhere ends up when it has been lost for three hours. The really insane part is we spent 20 hours in LAX and on planes to get here.

It wasn't a complete waste, though, I spent twelve hours in the airport grading final exams, answering phone calls and emails on our new Ethics Course and working on the final report on our Disability Access project.

Lately, I have been doing nothing but working. It's been the flip side of those days of the USJA Nationals when I did nothing BUT judo. It's a good balance - sort of. Once the nationals were over, I didn't want to think about judo for a while, and I had all of this work piled up on my desk.

One of the reasons I work so much, I realized, is that I want to live exactly where I live. I hate snow and I hate cold weather. People are always asking me don't I miss seeing the snow at Christmas. No. If I wanted to see the snow - which I don't - we have the weather channel. I work seven days a week so I can afford to live wherever I want. Everything has a price.

On the other hand, I think I reached my Pareto optimum with regard to time and money a long time ago. Pareto was the economist who said you reach a point where no one can be made better off without making someone else worse off. Earlier this year, I decided to switch jobs, and I think the likelihood I will draw the same salary is low, but the likelihood that I will work from 10 a.m. until 1 a.m. is about zero. My New Year's Resolution is to leave my desk the same day I sat down at it, every single day of the year.

On the way to do a judo clinic in Springfield, MO, Julia and I had dinner at Cracker Barrel and just hung out. As Al Franken said, what his child gets from him is not quality time, it is great big bunches of quantity time.

Four hours driving in the dark gives you a lot of time to think and one of the things I thought about was that I am not sure I will be ever ready to get old. Maybe I will think differently some day. When I was young I used to think it would be depressing to be retired from competition, that I would hate my life and that all those people like Dr. Jim Wooley and Professor Hayward Nishioka who appeared to be happy with life when they were no longer competing were just faking it. Today, I am pretty happy with my life, so maybe it is possible I will one day be ready to be old. Not today, though. I have too much to do.

Old women clean. Old men putter. Puttering is how my grandmother described the way men walk around the house muttering to themselves about things that need to be fixed, bought or moved to a different spot. I think the word must be a combination of the word "mutter" and some word that begins with p - maybe penis, because it seems that this tendency is yet another one of those things that only men have.

We are staying at my sister-in-law's house. She moved here over a year ago and the pictures she meant to hang up are still sitting against the wall by the front door. If she had a retired husband around the house, those pictures would have been up the first week. His friend would call and ask him if he wanted to go to the hardware store and buy stuff - which is, I have noted, another predominantly male characteristic - and the husband would say,

Now I am so sick of working that I am delighted to be teaching judo again tomorrow. Julia has her own ideas. She mentioned three games we learned from Chuck that she wants to do at the clinic. Next year, I will have less money but more time to get back to writing articles for academic journals, developing a new web application I have had in mind for a long time, organize more opportunities for our youth at the USJA/USJF West Coast Training Center and teach Julia a better tani otoshi. Speaking of Julia, it is past 1 a.m. in Missouri and she is still watching TV, so I am going to quit writing and make her brush her teeth and go to sleep. Now that is definitely "stuff I have to do".
Posted by Dr. AnnMaria at 10:05 PM

ciao AnnMaria,what do you think about master competitions(shiai)and what about kata in the teenager ages
grazie Ric

I think master competition is fine for people who like to do that sort of thing. For me, it is not an option. To compete in masters you need to be sensible. You need to realize this is not the Olympics,you have to go to work on Monday and there is no sense in getting hurt if you are being armbarred or to escape a throw.

If you are a very competitive person like me, masters competition is NOT for you. Intellectually, I can accept the fact that I am old and cannot do things the way I used to do them. In a tournament, I would not give up, would try to compete how I did twenty years ago and I would get injured because I AM twenty years older.

As for kata - that is fine for some people. I never liked it very much, but for some kids it suits their interests. You can learn from doing kata. The greatest benefit I see is that you learn to do techniques at least adequately to both sides, as opposed to having absolutely no left-handed techniques you can do.

Thanks a lot,I remember you very well in Vienna 1984 and I know you are a very competitive person.Actually,I d'ont know what I have to do.My feelings about this kind of competitions has been mostly negative,but in the last two years something is changing in my mind,and I'm thinking to go in this next WC in Belgium.About kata we have the same opinion,and also a good mind exercise.Greetings Ric

Thank you for commenting on my blog, I sent you a PM on judoforum because i felt it was a little long to post here.