A successful life is a very wasteful enterprise 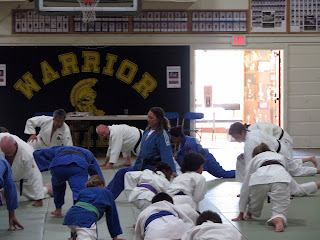 "Research, like war, is a very wasteful enterprise. You waste a lot of money having soldiers in places that you don't need them, but if you don't have them in the one place where the enemy decides to attack, you lose the war. Research is like that. We never really know who is going to come up with a scientific breakthrough, so the best we can do is give money to those who have a lot of ability and hope that they come up with something."

Years ago, I asked someone from a federal agency about how they ended up funding some projects that, in hindsight, turned out to be pretty useless and that was his off-the-record answer. The answer did not satisfy me then, but now I am older and, occasionally, wiser.

If we could predict the future with perfect accuracy, there would be very little waste, in time, in soldiers, in money spent on research that goes nowhere. Personally, clairvoyance has never been my strongest suit. Lately, Ronda and I have been arguing about the importance of a college education. I suspect that, like her sister, Jenn, she often argues just to provoke me and doesn't really disagree that much at all. Her ostensible argument is that she doesn't know what exactly she wants to do for the rest of her life and so how can she know whether a course in middle eastern history or world literature or marine biology will help. Besides, some of those courses are completely useless.

My point, and I do have one, is that you can't predict what will be useful, so you may as well learn everything you can. For all we know, one day Ronda may be the ambassador to Iraq, and then she'll really wish she had taken that middle east history course. She might end up in the coast guard assigned to a site where an outbreak of some heinous flesh-eating water-dwelling virus occurs and that course in marine biology will save thousands of lives.

When I as an undergraduate, I, and all of my friends, complained about taking the required computer science course. Like, seriously. The only people who had computers were some weirdos who made them with parts they ordered through the mail from the special weirdo version of Radio Shack for weirdos. We were never going to use a computer and yet I had to take not one, but TWO classes in programming. Two other courses I took just because I was interested and with no pretense that I could ever see any possible use in my future career were mathematical statistics and systems analysis. Ironically, all of those courses provided information that I have used for probably 20 of the 30 years of my working life.

Of course, as with everything, I can see how this relates to judo. When I look back over the decade that I have spent raising money, organizing clinics, teaching, managing budgets so we could buy just one more plane ticket for one more player, it has been so often like trying to push water up-hill and at the end, most of those players are not actively involved in judo today. So, was it a waste of time? Yes. Do I think people should not be doing these things - donating money, organizing clinics, taking players to tournaments? No. I think we should do more of it.

There are two reasons. One, being successful in life is a very wasteful enterprise. I took courses like Medieval Economic History, Regional Economics and Japanese Literature. I learned from everything I did. In being part of these judo committees, I benefited by being able to see how other people think. One comment Chuck Jefferson made really opened my eyes. He said,

Again, in hindsight, that seems pretty obvious. Sometimes, though, people change. I always think of world and Olympic silver medalist, Lynn Roethke, who was really not very good at all when she was a teenager, but trained, focused and became a dramatically successful athlete. You cannot select in advance who is going to be a highly successful athlete. This weekend, we have players from the West Coast Judo Training Center competing in Michigan, Washington, San Diego and Las Vegas. By developing breadth and depth in judo we are going to increase the number of champions. You cannot predict who it will be in advance, so you have to "waste" your money and spread it around. To do that, you have to get some money in the first place and then you have to organize tournaments, camps and clinics where you can bring those players.

At the college I used to teach there was a saying:

This is the second reason that none of the activities we all do, from teaching kata to fundraising to flying across the country to do a coaching clinic are ever wasted. That kid who is not very involved any longer who we sent to the Ocean State International or the USJA Winter Nationals or the Continental Crown may very well come back and teach a judo class for 50 kids at the YMCA, send us a check out of the blue to fund a Midwest Judo Training Center, start a camp that becomes an annual event for the next twenty years. Or, maybe he or she will just become a good banker, teacher, business owner or florist who cheers for judo during the next Olympics.

It's hard for me to see how anything we do that's good is ever wasted. I actually think that doing good work, whether it is in science or judo or government is never wasted. It's like when you put yeast into bread. It may seem like nothing happened at first, but eventually it rises. We just need to be careful that, while we're waiting, we don't listen to the people who say,

"That stuff never works. You should quit bothering with it."

This seems like another obvious one but I see lots of people who don't get it and they can't all be stupid so, clearly, it is not so obvious after all.

It is often harder for people to escape when you are NOT holding very tightly. I frequently practice matwork without using my hands. This isn't to show off but rather for good practice. What holds the opponent down is my body weight. I try whenever possible to have all of my weight on my opponent's face. If that is not possible, I'll usually settle with pinning one shoulder to the mat. Imagine if your head is stuck to the mat, or there is a nail driven through one of your shoulders. Obviously, you won't be getting up any time soon.

If I am not holding the person tightly, when she moves, it is easier for me to shift my weight and move also. If I am locked on to the other person, if she rolls over, I'll roll over and end up under her. If I am not holding so tightly, when she turns to roll me to the right, I can shift my weight to the side or back and pull or push her right into position again.
Posted by Dr. AnnMaria at 11:29 PM