The Deep Questions of Judo 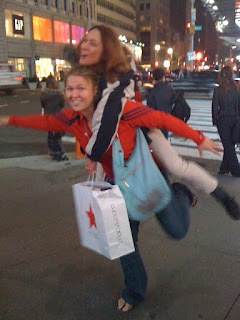 Should you take a break? Should you move up? What uses have you made of judo belts? Why do cats sleep on judo gis? These, and other deep questions of life, are answered today.

Should you take a break? That all depends on what you have been doing up until now. A lot of people have questioned Ronda taking a year off and whether she is going to fall behind. I think she is doing the exact right thing. Ronda has been on the U.S. team since the beginning of her junior year of high school. She is now 22. If you have been living and breathing judo for six years, since your mid-teens, it is a good idea to take a break physically and mentally. She has started practicing and training again and will very gradually be working her way back to where she needs to be to win internationally. My prediction is that many of the people who are competing now are not going to make it to 2012.

If you don't need to gain international experience, there are a few advantages of taking some time off. One is that you have less chance of being injured. I read today that Tanimoto, the gold medalist in Beijing, is having ACL surgery after having been injured earlier in the year. A second advantage is that you get to experience normal life, having a job, an apartment, a car, a dog, a boyfriend who doesn't do judo. In judo, we sometimes see "fear of success", i.e., if I win, then what is there after this? Also, if judo is your ONLY thing in life, it can cause such fear of failure that it is paralyzing. An enormous amount of research shows a curvilinear relationship between anxiety and performance, that is, if you aren't anxious at all, could care less if you win, you do poorly. Performance increases with anxiety TO A POINT and then drops off again. If you stress out too much, you "choke". I know a big advantage I had as a competitor was that I had a baby, a job as an engineer and a man who wanted to marry me. I really wanted to win but judo wasn't the only thing I had in the world. The third advantage is that it allows you to physically and mentally recharge. Physically, all the minor muscle tears and strains can heal up. Mentally, it gives you a chance to deal with whatever else is going on in your life - family, relationships, a philosophy of life or those science fiction novels you wanted to read. Make no mistake, it is a long, hard road to the top of the world. Resting up before the charge is not at all a bad idea.

Moving up in weight - should you or shouldn't you? 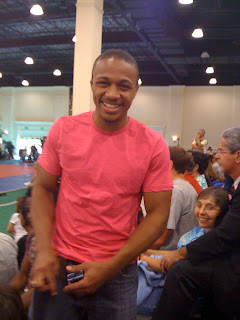 Just in case you are curious what Taraje Williams-Murray looked like after moving up from 60 kg to 81 kg, I have included a photo taken at the senior nationals. I wondered if he would have ballooned up, but no, he was pretty much the same. Same nice guy, just more muscles. That could be his new tag-line. Taraje, if you are reading this, feel free to use it.

Whether 81 kg is the right weight for Taraje is for him to decide. I do know that he was looking miserable at 60 kg. I made the U.S. team the first time at 48 kg and won the worlds at 56. Ronda made the junior world team at 57 kg, 63 kg and 70 kg. I am dead certain that moving up was the right decision for her.

Here is how I would make the choice - when making the weight is the hardest part of the tournament for you, you need to move up. If you hate your life, are unhealthy and obsessed with food, it's not that difficult to figure out that this sucks. Adding a gold medal to a situation that sucks just makes you a person holding a gold medal in a situation that sucks. Come on, it's not all that difficult to figure this one out.

My suggestion to athletes considering a move up or down in weight is to try it and see how it feels. If you move up, you want to do it the way Ronda did and the way Taraje obviously did, by hitting the weight room, not the doughnut shops. 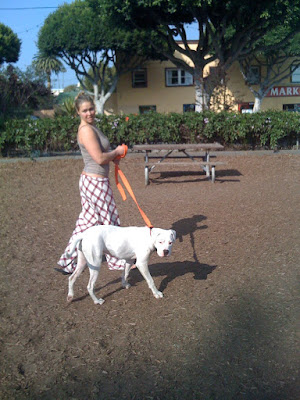 Speaking of taking a break, Ronda and I were at the dog park the other day, with Mochi on an orange belt instead of a leash because we could not find the leash. We got to listing all of the uses we have found for judo belts over the years, such as:

Tying your car trunk shut when it is broken.

Tying things down on top of your car when moving to a new apartment.

Whacking people with for punishment

Hanging between two poles and hanging up laundry

Tied on to a railing and used for uchikomis

Wrapped on your hand and used to open jars

As a replacement for lost belts to bathrobes

Chew toys for the dog

For teasing the cat

Speaking of the cat, the reason that she sleeps on top of judo gis is that we don't want her to. That is why cats do anything they do.
Posted by Dr. AnnMaria at 11:58 PM

Judo belts are great for dealing with small kids in the dojo. Kid is not doing what he's supposed to, or going where he ought to be, there's a convenient handle to just pick 'em up and deposit 'em elsewhere.

What a great idea!

When I wrestled, weight classes were always on my mind. I've friends who are strength athletes and they often find moving up worth the change, especially with age.

Wow! That was fast! ....did Mochi have to test for that orange belt?

Hello have a HAPPY MOTHER'S DAY!!

A friend of mine who is a boxer, always practices with another friend, this other friend is a Judo expert, my friend the boxer tells me that it help him with the reflexes.