A Photo-Journalism Look at Don't Throw Up, Throw Down

Just like "crowd-sourcing" sounds so much better than "I asked some random people on the internet", photo-journalism has a much nicer ring to it than "these are some pictures people sent me from the clinic". 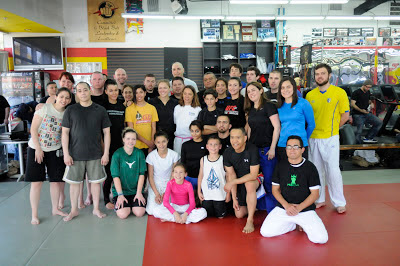 Here is a group shot of everyone who attended. I think it was a perfect size. With only 30 people, over two hours, everyone got to ask any questions they had. It wasn't too crowded. If Ronda does this again next year, I would highly suggest the same format. (Thanks to Jennifer Swift for the group photo.) 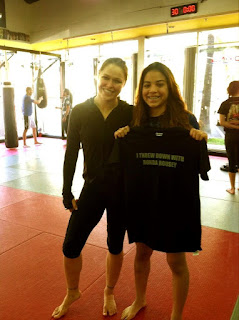 It was totally awesome of the folks from Blue Cotton to make customized t-shirts and ship these out next-day air as a donation to make the clinic even more special. And I don't even know them. How nice! 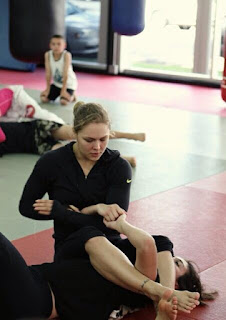 OF COURSE, the clinic had to include arm bars.

I just wonder if when the kids went back to school with these shirts their friends believed them. Here you have photographic evidence. 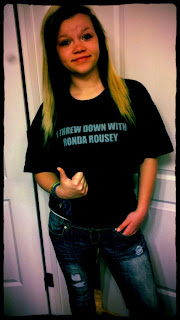 Will put up another post with photos later. Don't want to add too many photos for those of you with slow download speeds.
Posted by Dr. AnnMaria at 10:46 PM