I get asked this so often, I decided to answer it here. The answer is ... 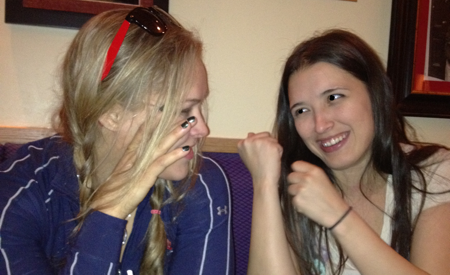 Mostly, I think it is wasted on me. The more well-known Ronda gets, the more people I happen to end up meeting who are very famous - sports figures, people in the media, people who are extremely wealthy. The reason I say it's wasted is that I rarely know who any of them are unless someone tells me.

Often, what I refer to as a group as "the Hollywood people" fill their conversations with who lives next door, who they worked with, who is their very best friend. Watch the movie All That Jazz, even though it's old, it's still good and there is a lot of truth to it.

Sometimes I tell them, "Shannon and Deborah Brock live next door to me," just so I can amuse myself watching them rack their brains trying to figure out which movies they produced or starred in or directed.

When Ronda has a party for something, I may show up for an hour or so, and usually one or two of her sisters will, too. We want to celebrate with her whatever she is celebrating and let her know we are happy for her. Then we all go home to our own lives.

I can't blame Hollywood, though. Lately, our company has gained more and more visibility, as our games continue to improve and we keep plugging away while so many start-ups fail. So, I end up in groups of the tech version of Hollywood people, telling me about that time they saw Elon and Mark and Reid.

Seriously, I don't care either way.

As far as I can tell, extremely successful people in entertainment, sports or business have pretty much the same variation as everyone else except that they tend to be harder working and are more likely to have some special talent. (On the other hand, some were just born rich, or lucky.) Other than that, there are going to be that small fraction of people you have common interests and hit it off with and the rest it goes kind of like this,

"Nice to meet you mega-famous person who I have no idea who you are."
"Your daughter is very talented/ bad ass/ amazing."
"Thank you. All my daughters are amazing. I'm very fortunate."
Random comments and on to the next person.


I don't see Ronda as often as I would if she worked as an accountant because she's often flying hither and yon or training. Her sisters also all have jobs (or finals and PLANS. I have PLANS, Mom. With my friends.), so it makes family get-togethers a little harder to organize.

We don't have to pay her car insurance/ parking tickets / car repair bills any more, so that is a plus. Also, when we go out to dinner at a nice restaurant, Ronda usually picks up the bill unless she forgot her wallet (which happens often). I feel bad having my daughter pay hundreds of dollars for dinner for the whole family, until I remember the car insurance/ parking tickets/ car repair bills - and then I don't.

For a while, it was a pain in the ass because there were all kinds of TV shows, documentaries and interviews people wanted to do and it took time away from my work and teaching judo. It's not a pain in the ass any more because I just quit doing them.

So, in answer to the question,

It's actually very much like having a non-famous daughter. 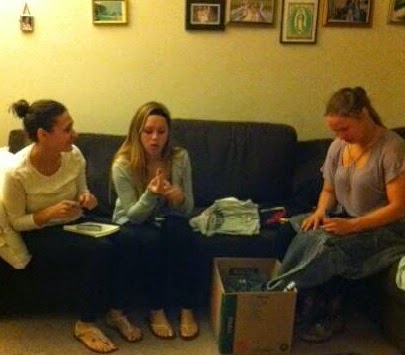 I think it would be so interesting to meet you. You have such a refreshing view on life and I enjoy your posts. Of course, the curiosity in me just wonders how many parking tickets she could have possibly gotten?? I'm joking, she really is an inspiration, even to this old lady. I appreciate the fact that you were so supportive of your children that you created beautiful girls who are successful and inspirational to people. You must have some sense of success for allowing them to become who they are.

Great answer...it is nice that you keep your feet firmly planted on the earth and spend as little time as possible drifting through the clouds of insincerity.

I enjoy reading about all your famous daughters!

Mrs. DeMars...
I would like very much to hear your thoughts/opinions/strategies etc... on weight cutting. I sincerely hope you dedicate a full blog to this subject sometime in the future.
Negatives
Positives
Detriments
Et cetera