Sticking a landing: Getting the most out of practice

I had the privilege today of working with a group of young people in a West Coast Judo Training Center practice held in Long Beach.

We did a lot of matwork drills and one of the points I tried to make is that there is little benefit in rushing through your matwork moves in a half-ass fashion. If you're doing your drills at less than full speed or less than perfectly, you are missing the point. 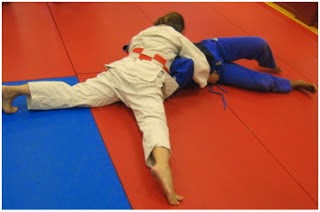 When I looked through this blog to find an example, I found a lot of them, which just goes to show that I practice what I preach. If you look at the picture above at the end of one of a zillion times I have done the same drill, my partner is flat on his back and I am pushing off on my toes to put all of my weight on him.

I do this EVERY time I do a drill.

Here is another picture with another person and another pin. Again, my body is on top of hers, my feet are under her hips, my hands are locked tight. 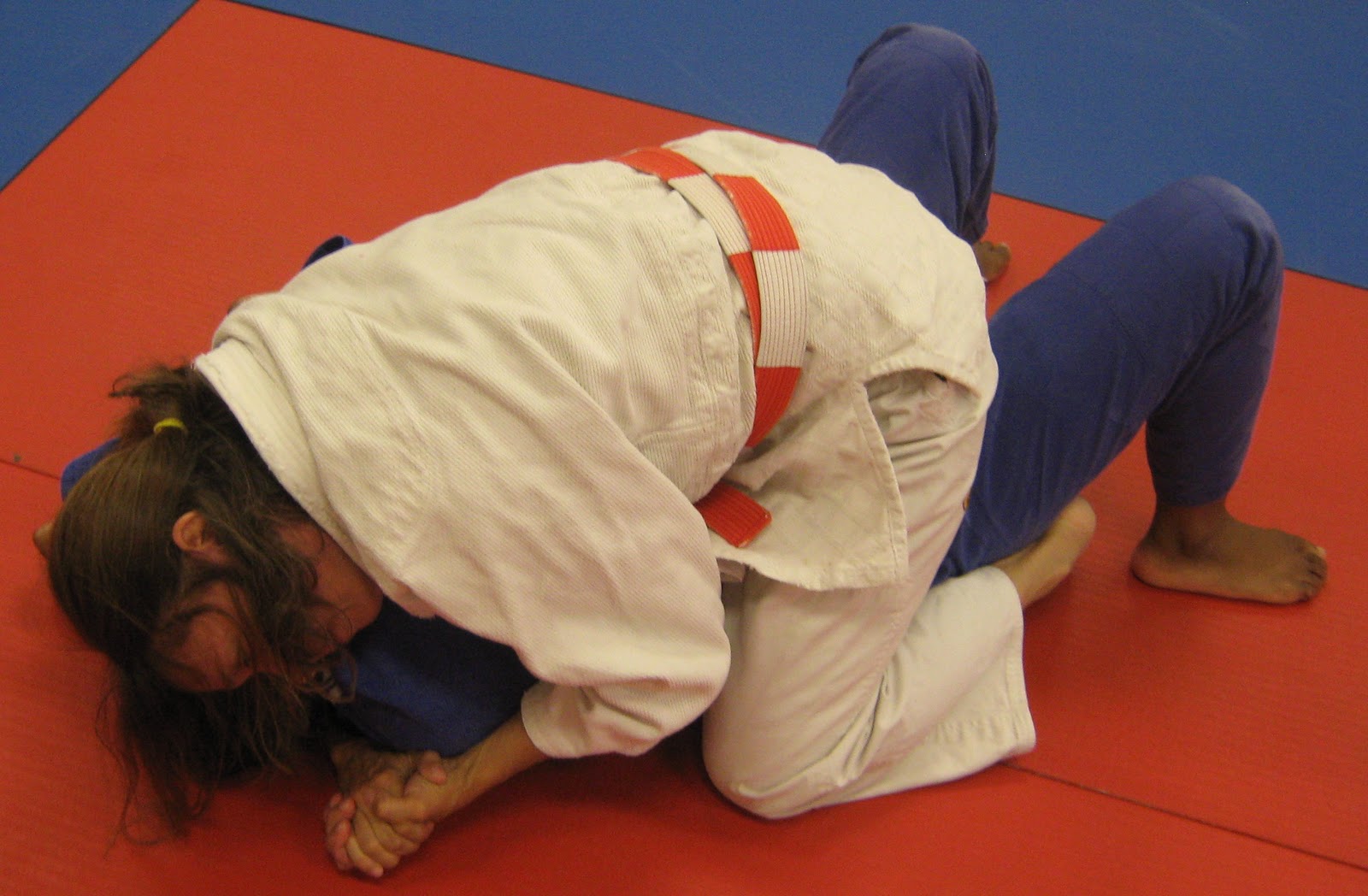 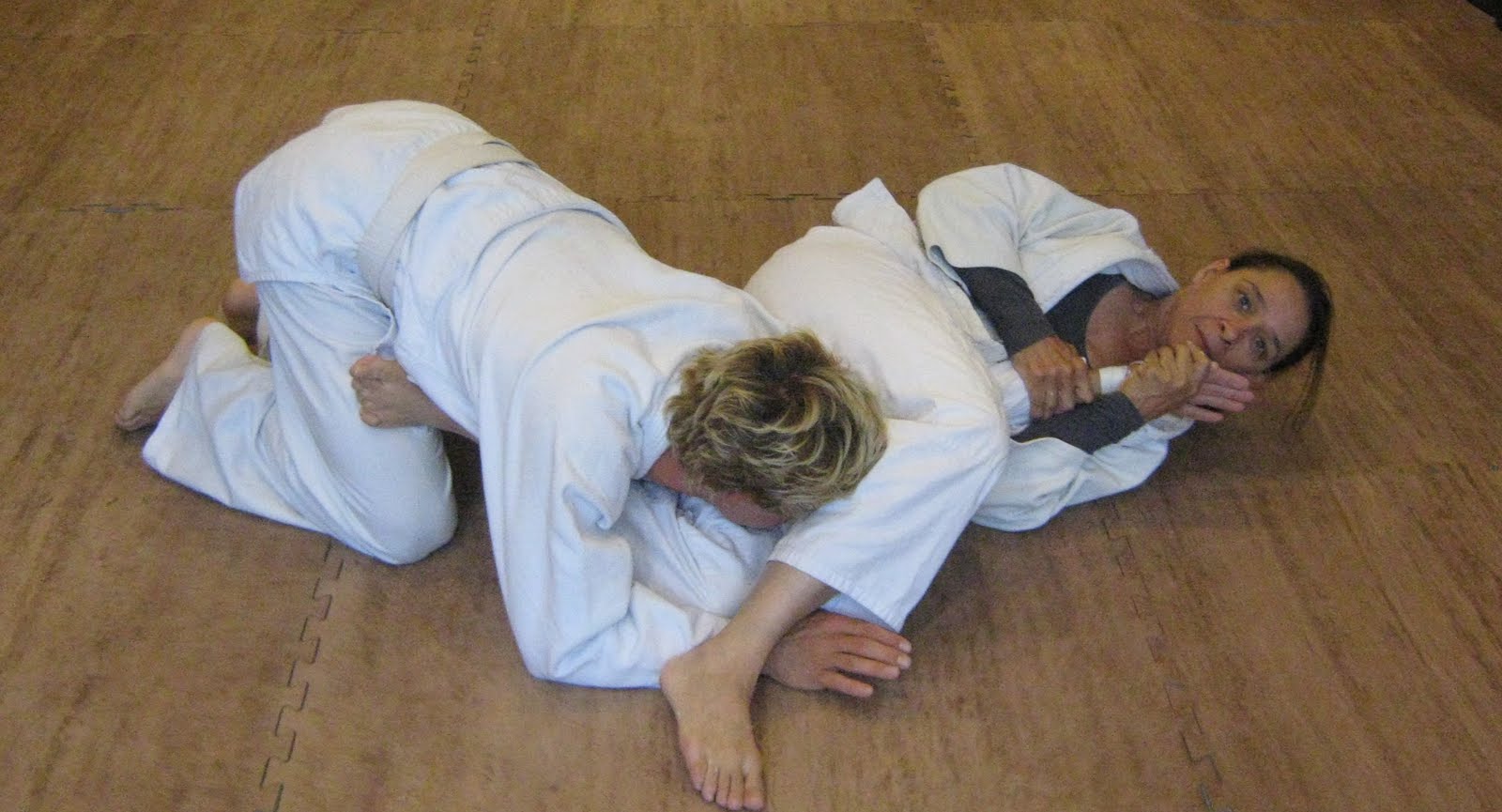 I explain this as being similar to when a gymnast does a technique and "sticks the landing". After they flip off the bars, horse or whatever, they try to hit the ground and be as on balance as possible.

Now, when they are practicing, they could just kind of drop off the uneven bars or hop off the balance beam, but they don't because they are practicing to do it as they want to execute the move in competition and the landing is a key part. If they flip around on the bars, then dismount and fall over, they'll lose points and probably lose in the event.

The same with judo - if you do a turnover but don't really tighten up on the pin, or do an armbar and don't really have it locked in, then your opponent will probably get away.

Fast, hard and stick the landing. Do every one of your matwork repetitions that way every day. It's not just how much you practice that matters but how.
Posted by Dr. AnnMaria at 10:30 PM

Email ThisBlogThis!Share to TwitterShare to FacebookShare to Pinterest
Labels: armbars, life the universe and everything