There is a funny sign going around on the Interwebz

Hey, Karma - I have a list of people you missed!


Actually, though, if you look a little deeper, you don't have to wait for karma to get those people. It's getting them every day. I was talking to my friend, Becky, yesterday and mentioned someone we knew that had always been a jerk to both of us, and I said,

She's already gotten what she deserves. Imagine if tomorrow morning, you woke up and you were her. Instead of me calling you up to talk or flying out to visit you, you had to hang out with her friends, and instead of your husband, you looked over on the other side of the bed and saw her husband.


At that, Becky made a face that looked something like this. (She doesn't normally look like that). 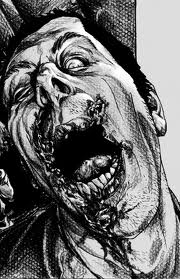 Ew, ew, that's disgusting, why would you dislike me so much to even say that to me? Now I have that thought in my brain. Gross!


Eventually, people get found out. Every day, though, they have to wake up with the knowledge that they are them.

We're surrounded by examples of "daily karma". A few weeks ago, I was in a hurry to get to judo practice and when I got there, I looked in my bag and I didn't have my black belt. So, I fished around in the box of spare judo gis we have for new students, and the only belt I could find was a white one. It was kind of weird to wear a white belt, since I have been a black belt for something like 38 years. After a minute,  I started teaching class, and totally forgot about what color belt I was wearing, because I really AM a black belt. By the time class had been going for a minute, everyone else forgot about it, too.

People who aren't really a black belt/ world champion / Ph.D. or whatever they are falsely claiming, never have it that easy. They have to constantly TELL you that they are a black belt, etc. I've seen grown men tearing apart a locker room desperate to find a belt to PROVE they are a black belt. If they don't have their black belt, or their little group of followers they have convinced they have some credentials, they just kind of shrivel up.

It's not just martial arts. Have you ever seen some petty tyrant supervisor from work outside of the company or after he lost his job? The guy who was terrifying to the seven people in his department, outside of it is just some little old man trying unsuccessfully to get the attention of the clerk at 7-11.

Karma gets those people every day because they have to worry about being found out. They have to face deep down the reality that who they really are, what they have really accomplished is not at all what they are claiming. Even if no one else knows, they know.

Other people DO know. If you claim you are a statistician and an expert in SAS programming, the last people you want to hang out with our statisticians and SAS experts. So, you avoid like the plague people who are the real deal. This is another way karma gets you, because you probably like statistics, judo, psychology or whatever you are lying about, that's why you are pretending to be  good at it.

On the flip side, good people attract other good people to them. If you are a fraud, you might fool one or two people, but if you are a legitimately hard-working, good, honest person, that's what you attract to yourself.

Look around you and you'll see that the best people you know are surrounded by friends and families who love them, loyal co-workers and teammates. The worst people may have a beautiful wife - who is spending all of their money and will be gone the second the credit card is maxed out, or who is dumber than a box of rocks. They may have "friends", as long as they are paying the bills or pretending that their "friends" really were world champions, too.

As my friend, Serge, says,

Karma already got those people. Tomorrow morning, they'll have to wake up and be them.

Feel smarter after reading this blog? Want to be even smarter?
Check out 7 Generation Games. My day job. 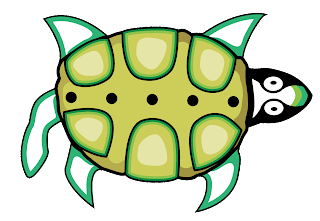 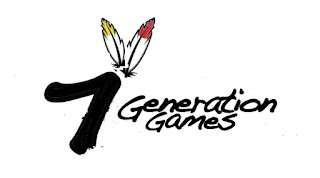 I enjoyed you column and could relate to it very much. Since I am a Catholic, and not a Hindu, I have a personal refusal to propagate use of the word "Karma", the principle of "The Golden Rule" is quite similar.

As a Ph.D researcher in private, academic and federal research, I have been exposed to many learned folks from many subject areas. There are those who insist on being called "DOCTOR(!!!) So and So", (veterinarians and some other over-seas cultures are prone to this) while a colleague in my particular field literally said- "You can call me "ass----", I'll still answer you". The same principle applies to people in daily contact who have as repetitive tendency to overtly mention that they are "intelligent". There was a quote I heard once by someone who, unfortunately, I do not remember, but is is similar to "One should not find it necessary to brag on their virtues. If the virtue truly exists, it should become obvious, and therefore unnecessary to point out. In turn, if one feels the need to constantly point it out, it must not be obvious!"

It's like I say, I bet when you meet Wayne Gretzky he doesn't feel the need to tell you that he's good at hockey.

In one of his books the anthropologist John Greenway writes something about how (at least back some years ago) an academic with a Phi Beta Kappa key won't display it in an academic environment, 'cause that would be vulgar and stuff, but would put it on his watch chain if he was employed at some non-academic job, in order to remind the people there (and/or himself?) of his academic cred. (Franklin D. Roosevelt went such folk one better by wearing a Phi Beta Kappa key on his chain even though it was only an honorary one and apparently the folk who'd given it to him hadn't imagined that he'd actually display it. I was pleased to see in a photo from a revival of "Annie" some years ago that the actor playing FDR was wearing such a key -- a nice authentic touch.)

I think it was Dr. Al Nofi whom I heard (many years ago) warning against books by authors who actually had "Ph.D." on the dustjacket...