You can never be around too many good people 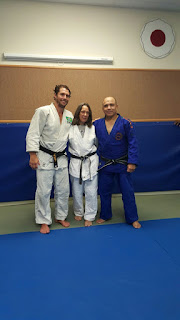 It's been CRAZY busy here at 7 Generation Games. We had a grant proposal due this week AND the first testing of Aztech in an actual school. There is also a USDA proposal due in just about a month. So, the last thing in the world I had time to do was to take off for an entire day on Sunday to take students from a middle school where I volunteer as a judo coach to attend an afternoon judo seminar.

However, you can never be around too many good people. Flavio Canto, the Olympic and Panamerican medalist who was in town from Brazil teaching is one of the best people I know. He founded and runs a program in the poorest regions of Rio de Janeiro ,  providing education, housing and after-school programs for over a thousand students. I find it interesting that most of the media you can find on Flavio talks about his medals, his TV career and little about all of the good he does for a group most people care very little about helping.

The seminar was sponsored by the Orange County Judo Training Center. Again, their head instructor, Juan Montenegro was a successful judo competitor and now, coach. More impressive than that, though, to me, is what he did a year ago.

Our judo club at Gompers was in the second floor of an old gym back then. We had one water fountain, down two flights of stairs (and honestly, pretty disgusting) for 20 kids to get a drink during judo practice. A teacher at the school had been buying water so the kids could have enough to drink during practices when it was 80 degrees outside and a lot hotter than that in the gym.  Juan stopped by with a check from his club to pay for water all year long.

Completely aside from the judo, given the opportunity to associate with people like that, we had to go. 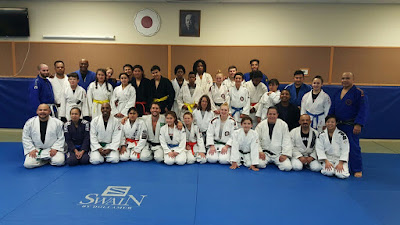 Our students had a great time and learned a lot. In between the two adult sessions, Juan and his partner-in-not-crime, Brian Dooley, encouraged me to speak to the group about the educational games our company makes and why I chose to go into math education and making games while other world champions continued their career in judo. There's actually more of a connection than you might think.

At the end of it all, to my great surprise, their club sponsored game licenses for an entire school. (I know just the school to get these, too. I'm meeting with them this week.) 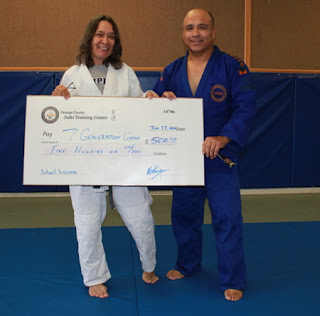 There is a lesson here - you can never be around good people too often.

I have more to say about that, but since I just finished my part of the game that goes into the school tomorrow and for once am knocking off work before midnight, I'm going to write a post for my other blog on prevalence and incidence of low birthweight. (Don't judge me!) 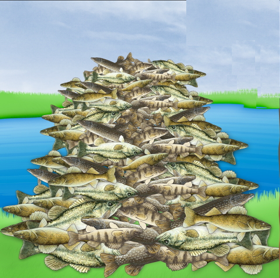 Sponsor a school or classroom this month and they will get FOUR games in the next school year, two that we have out now and two that will be completed in the next few months.

Or, just buy a game for yourself and I'll send you the link to our game in beta, Forgotten Trail, as an added bonus.

Dr Ann Maria- do you have a list of items Gompers needs?

We always need bottled water. Cleaning supplies to clean the mats, since we have to do it ourselves.A garbage can.

So, I take it Aaron Tru didn't come through on his offer to get the gi bags for your program? I believe he was the interviewer who offered to help out in that regard in an interview I watched a couple months ago.

Nope, no gi bags have arrived.

How would one go about dropping any of these items off?

Do you have any specs for what you might want in a gi bag (I might have a source...)?

Hello Anonymous (if that IS your real name ) -

Any items for charity can be sent to my office

P.S. To anyone else - Do NOT send anything for Ronda here as it will just be donated to charity.