Does Your Hand Hurt?

I'm having hand surgery on Tuesday and I'm pretty pissed off.

(This kind of has to do with judo although it doesn't sound like it at first.)

I'm not pissed off about the surgery. Oddly, I'm kind of looking forward to it because my hand has hurt so much for so long and this is supposed to fix it.

What I'm pissed off about is that no one mentioned this until last week.  My thumb has hurt for about a year, some days, it's really bad. Last week, I caught something heavy falling off of a shelf and it REALLY hurt - as in, I would be crying except for the fact that pretty much someone has to die before I cry.

Maybe that is my problem, because I had mentioned this to my family physician before and she just prescribed some cream. I mentioned it to the physician's assistant when I was having my knee drained and she recommended a brace.

I mentioned it to the doctor at the urgent care when I went in and he said I should see an orthopedic surgeon.

Well, I didn't see an orthopedic surgeon because, again, when I went to the office they had me see a physician's assistant instead, who recommended an MRI.

"The arthritic joint surfaces are removed and replaced with a cushion of tissue that keeps the bones separated. To accomplish this, surgeons remove all or part of the trapezium bone in the wrist.
A nearby tendon is detached at one end and then passed through a hole drilled in the thumb metacarpal. The remaining tendon is rolled like an anchovy and placed into the space where the bone was removed. "


So, I'm having that on Tuesday. What I'm pissed off about is that no one mentioned this to me as an option for a year. In fact, it was just kind of luck. My daughter, Ronda, came to pick me up from about the fifth "doctor's" appointment. I put it in quotes because all I ever saw at the orthopedists was physician assistants. When they were going to have me come back in two weeks and see yet another physician assistant, she said, and I believe this is a direct quote,


She called some people she knew at a different orthopedic group and I actually saw an orthopedic surgeon who specializes in hand surgery and he is operating on me this week.

After this, I've talked to a couple of people, one who had the surgery and one who is a physician who provides rehabilitation for lots of patients who have had it.

So, now you know three things.


I asked the doctor doing the surgery if this could be related to judo. He said he doubted it, that he does lots of these surgeries every week and I'm the first one who was a judo player. It's just due to arthritis. It's true, my grandmother had arthritis really badly and I'm pretty sure she never did judo.

So, if you didn't know, now you know.

Feel smarter after reading this blog? Think how much smarter you would be after playing Forgotten Trail - runs on Mac, Windows and Chromebooks. 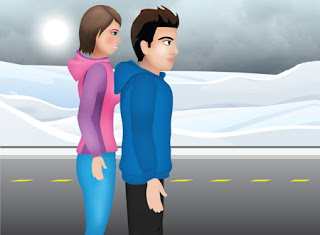 That was crazy story with the doctors (or lack thereof). But't I'm glad you found a proper surgeon!

My hands hurt but I've literally just dragged myself back from training and can barely move. My old coach Dickie Marcroft had some real bad hip problems for a while and it took ages for them to suggest a hip replacement which he won the world masters in the over 70s catagory on. Dunno why this type of thing isn't reccommended sooner

Best wishes for your surgery and stick close to Ronda!

This post made me chuckle a couple of times. Not happy chuckles, but chuckles of recognition. I went through several ERs and three rounds of antibiotics for months early this year, only to be released with what I imagine were attempts at platitudes, like: "Hmmm, your white blood cell count is really high! Your potassium is critically low! Take a five day Z-pak, lie in bed, you'll be better! It's just some gunk." Next thing ya know, it's a week after the last ER visit and--whammo!---in ICU with sepsis, double pneumonia, waaaaay too many other things to list. The "pretty much someone has to die before I cry" and "if I say something hurts, it really fucking hurts" parts rang so true for me. My husband tries to speak for me at ERs, because---if I even go, which I kinda need to be dying to do so---I will still generally report my pain level as being 4 on a scale of 1-10. I've given birth, had dislocations, straight potassium IV, etc.---a cold or whatever won't get close to a 10. It's quite frustrating talking about symptoms or ideas about your body with most anyone in the medical field when you are intelligent and knowledgeable. Not sure what kind of patients come in there regularly, but when I have a solid idea of what's wrong with me (who knows my body better?), I often get dismissed. "Stop reading things on the internet" is, it seems, one of doctors' favorite patronizing comments, and that sucks when you have a really good idea of not only what's going on in your own body, but also a good knowledge of medical terms and concepts. Too often they want to get people in and out in what is, for patients, the worst cost/benefit-efficient manner as possible. I hope your surgery goes well, and that healing is as easy as possible for you.

A recent study suggests that the third largest killer in our country is medical error and neglect.


When A Loved One Is Very Sick


1. Visit on all shifts if they are in the hospital and not just during visiting hours.

Neglect and shoddy medical practices happen, but they happen less when visitors arrive on all shifts. Studies and anecdotal evidence back this up.

2. Look up all meds (Physicians Desk Reference is good) as contraindicated medications are given more than one might think.

... and have a smart and knowledgeable friends and family help with this. The reasons are obvious but this is often not done.


5. Do not automatically shun alternative treatments, or modern medicine either. Often you can do both! However, modern medicine is more likely the way to go if you have to chose.