Who hates strong women? A lot of people act like they do

For much of my life, I have had haters who I have never met. My daughter, Ronda, has the same thing, times one thousand. 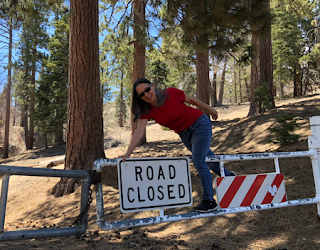 There are four types of people who either hate strong women, or pretend they do. Two of those particularly hate strong, successful women. The other two are poised to tear down anyone successful. They are equal opportunity haters.


Type 1: Women who gave in and gave up

Nice women who have played by all of the rules they've been told or imagined hate women who break those rules. These are the women who have bought into the belief that they have to fit into some kind of mold because they are women. They hate us because we show up their excuses for the bullshit these are.

It's not specifically women who chose to be stay-at-home moms or "half of a couple" that I particularly have issues with. Some women that is what they wanted to do and we get along fine. That life choice doesn't appeal to me any more than being an architect or a classical cellist, but hey, you do you.

The women who hate on people like me are those who use their gender as an excuse, and deep down, they know it.
When someone like me or my daughters comes along, gets married, has children, wins medals, earns degrees, speaks our minds and writes books, they are FURIOUS.


Who do we think we are?

Didn't we get the memo saying we can't do these things? What if the people who they have been telling for years that they owe them, or they deserve pity because of all these foregone opportunities start to wonder why if these women could do it, why couldn't they?

These are the same women who will be writing angry tweets and comments that I am 'not a woman-supporting woman'. They are the ones who  say I am blaming the victim when I say that when a man touches you in a way that makes you feel uncomfortable you should tell him the first time that you don't like it and don't do it again and the second time tell him if he doesn't take his fucking hands off of you that you'll break his arm/ tell his wife/ sue him for every dollar he ever earned.  (Obviously, I'm not talking about rape or child abuse, which is a completely different and tragic thing, but rather the guy who stands too close, puts his arm around you etc. If you can't tell the difference, you are part of the problem.)

These are the women who whine that, "You don't understand what it is to need a job, " or "It's easy for you to say."

Then they see that I was this way when I was a widow with three young kids or that Ronda was like this when she was completely broke or that Maria had the same attitude when she was starting out as a journalist.

If we need to speak up, demand the opportunity to train, call people on their bullshit when they say women have equal access to funding, appear on a hundred TV shows to get sufficient exposure, we'll do it. When these women DON'T do it, they've left it for us to do.

It's not that we enjoy being the designated bitch in the room nor that it is any easier for us but we choose to be bitches that get shit done instead of a do nothing bitch. 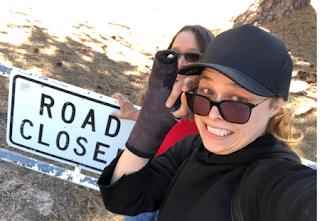 Ronda has a good saying about those people, "I'm not going to diminish myself to make you feel bigger."

Generally speaking, people who are comfortable with their own talent and accomplishments have zero issues with anyone else's success. I was going to call this type, "men who feel threatened" because there are men who hold on to being a man as something that makes them superior.  There are men who, from the looks of them, couldn't beat up the average house cat, putting down female martial artists and athletes as, "She couldn't beat the 54th man on the roster."

I once got into an argument with my grandfather who insisted women couldn't have union jobs because they were too weak. I pointed out that he was over 60, I was 20 and could lift way more weight than him. I offered to go to the gym, lift weights and prove it. He just shook his head and insisted that I could not possibly be stronger than him because I was a woman.

Men who have little to feel proud about except some imagined male superiority hate strong women because they challenge the one thing these guys suppose they have going for them. It's the stereotypical guy in his mom's basement posting on the Internet that some woman is ugly or not talented when the truth is he doesn't even have dreams as good as her real life.

Weirdly, though, there are men (and women) who are plenty successful but they can't stand anyone being MORE successful than them, like life is a competition. So, even if they make $200,000 a year or are a world champion, they get angry because why is SHE making more money, why did SHE get that job? From my personal experience, it seems like women and people of color get more of this vitriol, maybe because they have had to overcome more obstacles so their success is even more of a threat. Still, these people seem to be equal opportunity haters in that they tear down anyone successful.

If we're honest, though, I think most of us feel a little envy from time to time. A while ago, I started making an effort when I hear of someone else's success to eliminate any thoughts on whether they had advantages I didn't or if I could have done that or anything else and just think, "Good for her!" or "I hope he is happy about that."

It actually makes me a slightly happier person than thinking about it any other way.

As for the fourth type, the pretend haters, they are a special case so that will have to wait until the next post.


If you have been dying to read more about my opinions on life, you can get Parenting Like I Know What I'm Doing , by me and Maria Burns Ortiz for the measly sum of $1.99 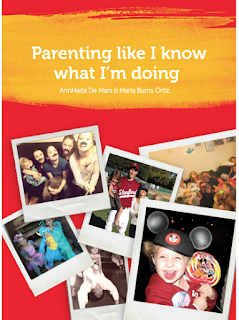 This totally helped me today. Thank you!