Life Goes to the Slowest Winner 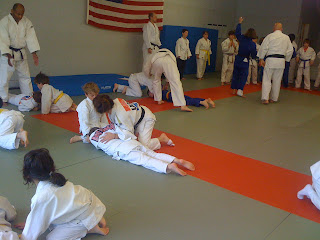 My friend, Lanny Clark, has a saying whenever things don't go exactly as one would want them at the moment,

"Life goes to the slowest winner."


His point is that it matters far less who is the high school football hero at 17 or who won the junior nationals at 11 or who got the highest score on the AP Chemistry test than who is president of Microsoft at 40, who wins the Olympics at 21 or who receives the Nobel Prize for Medicine at 62.

it is understandable to be discouraged. 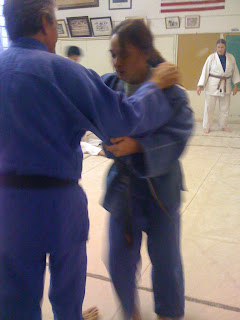 Wisdom, of sorts, is one of the benefits of getting older, that partially makes up for bad knees, not being able to run a mile and going from good-looking to "good-looking for your age". Only partially, though.

One of those pieces of wisdom I picked up over the years is that setbacks are only permanent if you allow them to be. Another is that you can see the whole picture a lot clearer from a distance.

In my current position, I make less than I did a year ago. I was retired briefly, and I found that I liked not working all of the time. So, I traded off 80-hour weeks and regularly being thousands of miles away from my family for being home on the evenings and weekends, and not having to travel any further than downtown Los Angeles. Part of the deal, though, is that I am getting paid less. You probably aren't going to find someone who is going to pay you just as much for less work and better working conditions. If you do, give them my phone number.

My ego is a little bruised because, in America, one is supposed to be always getting more, bigger, better and having less is one of those horrible things like getting devoured by flesh-eating meal worms that should be avoided at all costs. I thought this way for about five minutes until it occurred to me:
A.) I make FIFTEEN TIMES what I made when I started working.
B.) The financial worries that I had are past. Would I be able to put all of the kids through college? Two have already graduated? Would I be able to pay for Ronda to go to the tournaments and camps she needed to reach her potential and goals she didn't even know she should have? Ronda did get to the events she needed and now she has a job and can pay for her own travel. Would I be able to pay the mortgage, sell the house and pay it off? The mortgage payments always got paid and the houses have been sold and paid off. I have figured out (painfully) how to have enough money taken out that when the taxes come due it is no longer the size of the Gross National Product of a small island country and we can pay them.
C.) My family is wonderful.
D.)I live in Santa Monica, which has beautiful weather, nice parks, good schools, an ocean and where the biggest civic issue is finding a good parking spot.

I think the best strategy, and - like all of life - I am making this up as I go along, is to be worriedly optimistic. It is probably good that I worried about finding a way to pay for the children to go to college and paying the mortgage, because it insured that I worked hard and found a way to do it. On the other hand, it is best not to make yourself too crazy worrying, because the odds are, if you work really hard and do the right thing, it will work out.

You'll make yourself less crazy if you take a long-term view. Life changes from day to day. My little Julia asked me how Ronda was doing at the tournaments this week and why did she have such a bad day on Thursday and not place. I searched for words to explain to a ten-year-old how even elite athletes have those days when every move is a step behind and a second late. They have fewer of them, but everyone has one or two. The best I could come up with is, 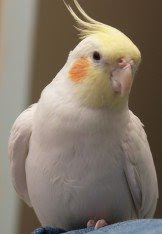 You can't judge your life one day at a time. Ronda's experience this past week is a case in point. She had a bad day on Thursday. There could be a hundred reasons. The other players were fighting to make it into the Olympics and she was just there to get some extra practice time on the mat. She wasn't training hard enough or taking it seriously enough and got a wake up call. Thursdays are always a bad day to compete if you were born in February. Who knows? The fact is, Alexander's Terrible, Horrible, No Good, Very Bad Day had nothing on Ronda's.

So ... two days later, she comes back, beats the Brazilian who won the Panamerican Championship on Thursday, increasing her record against her to 4-0. She fights the Columbian who won last year's Panamerican Championships, gets thrown for a waza ari, gets pinned, escapes, gets thrown for a yuko - and comes back and throws the woman for ippon to win the match. She goes 3-0 for the day and wins the outstanding competitor award. On Sunday, she fights in the Zone Cup, beats the Canadian she lost to on Thursday, the Haitian and Cuban players forfeit rather than come out and fight her and Ronda wins the tournament.

On Thursday, there was talk about how the U.S. doesn't have a chance to win an Olympic medal in judo after all. Today, all of those people are silent. The point is, you don't judge a competitor on one match,one day any more than you should judge your career on what was in your paycheck this week or your life on whether you are getting along with your current significant other. There is a word for thinking like that, what is it, I'm searching for it - oh, yeah. Stupid.
Posted by Dr. AnnMaria at 7:43 PM

As you they say it is the journey that makes the character and your family has character. Ronda is a fine example of mutual benefit and welfare for all. Congratulations to all and Fort Wayne is not really a bad place.
Three Rivers Dojo
Fort Wayne In.

I have been to Fort Wayne. It is very nice in the summer. Still, any place thousands of miles from your family is hard.

Thank you for all your blogs, I always learn something useful, even at this tender age of 43.
You tell it like it is, with great humor to boot!!

Ray Dalke sensei once said to me,"Someday you eat the bear, and someday the bear eats you." LOL.

Thanks again, and please keep writing....

It is always interesting, enlightening, and sometimes it can be hard to swallow. But, somedays, I find a little bit of that extra oomph out of what you write to make me want to go further.