Outliers: If you were paying attention, you might learn something 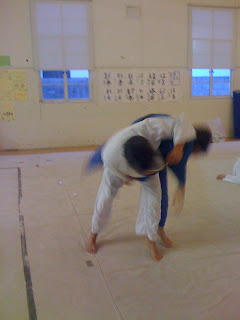 I had such an epiphany this morning, I was debating whether I should post it here because following this plan would give our players such an advantage. Then, I remembered two things.

Why do the Cubans and Japanese players win? By and large, they are "sudden". They burst into an attack. I sat next to really brilliant coaches at the Olympics and heard them give explanations for players winning that ranged from luck to steroids to they have a million judo players in their country. Those players who barreled into morote gari, ippon seoi and tai otoshi attacked with abandon. They trained to hit an opening.

I overheard comments that it was just conditioning. That's just nonsense. I have known people who trained six hours a day - really trained, not just pretended - were in unbelievable condition - but lost more than they won.

Don't get me wrong, most of the people reading this who actually get my point really won't be helped by it because you have to be in good condition to win and they aren't willing to work that hard. Physical conditioning is a necessary but not sufficient condition for winning.

Then, there were the European players who won. They were very methodical. In fact, if you think of the difference between the stereotypical German and Latin American personalities, you can see parallels in the judo. The European style, which most Americans these days are trying to mimic, involves lots of gripfighting, newaza moves with setups. They get more penalties because they are setting up an opening to attack.

Sometimes the Europeans win, because they get the first grip, frustrate the opponent,as they intend to do, and move into their attack. Sometimes the Cubans and Japanese win because they do more attacking, and if their gripfighting and tactics are not as well developed, they make up for it in the greater frequency of attacks.

You would think the coaches would learn from one another, but I don't see it. Instead, I hear complaints that the other players are doing terrible judo.

Here is my epiphany - in my work, most of what people want me to do is help them predict something - stock prices, death due to a specific disease, months of survival after diagnosis, the next breakthrough invention. To some extent, it is possible, particularly if you have the right variables, but there are those outliers that you just CANNOT predict. As the geologist said in the movie, Volcano -

"There's no history of anything until it happens - and then there is."

Watching an old, old video of myself competing reminded me of this. Much of what I did then would be accepted as a matter of course now - but, at the time, it was unheard of. Women in judo were supposed to be lady-like, focus on technique, do footsweeps, not too much rolling around on the mats. I lifted weights every day. I did the so-called Cuban roll before the Cubans did, having learned it from a world class wrestler at my university, back before women's wrestling was ever considered as an Olympic sport. As one of my competitors told me, years later,
"I was preparing to fight a butterfly and I got a bull. You grabbed me, clamped my arms against my sides and I couldn't move."

The point is to be unexpected. Players know each other and if they don't, within the first sixty seconds or less, it is obvious. This person fights a European style. This is the typical Cuban. Be whichever is your dominant style. Ninety seconds in, hit a ko uchi makikomi one-handed off the grip. The third time you hit the mat, forget the keylock sankaku and try to crank her over with a half-nelson.

Be an outlier. Have both styles equally well and switch between them in the middle of the match. Not even necessarily when you are behind, just at random. It is impossible to predict random variation.

Those outliers are enormous variances from the mean, the companies that made a billion dollars when the average small business fails in less than five years. The lesson here is that if you want to be enormously successful, you need to differ from the average, not just a little, but a lot.

You could be by far the fastest person in the world with uchi mata. Or, you could do a style of judo that nobody does. You could be the smartest judo player in the world. The first person to do that will be an outlier and unpredicted. She (or he), will win one hell of a lot until a lot of other people start copying that style and it becomes predictable.

Do you think you have "the secret" now? Did you miss the first part about how you have to train your @$$ off? Because, you see, it is not enough to be the smartest. You have to be the smartest out of all of the people who are fearless, have a threshold level of god-given athletic talent and are willing to train like hell. Jenn is smart, fearless and has natural athletic ability, but she spent all of her adolescence reading books and making scintillating comments on Xanga, which is why Ronda went to two Olympics and she did not. Of course, that is also the reason Jenn is going to graduate school - the book reading, that is, I am not sure the Xanga had any impact. 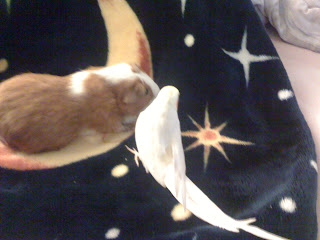 Okay, so I know this is a Judo blog, and not an MMA blog, but please forgive a parallel here. I think a great example of what you are describing is Randy Couture. He is 45 years old, and can still beat nearly anyone in the world. The main reason is that he does what they do not expect. If they expect him to go to the ground, he stands and strikes. As soon as they start reacting to his strikes, he takes them to the ground. I completely agree with your insight here.
I will try to incorporate it into my Judo game. Thanks!

An interesting perspective on outliers can be found in Nassim Taleb's the Black Swan.

Very nice discussion here on strategy and tactics. As you say, if you want to be great, you need to excel at both.

I drew a lot of parallels between what you said and what goes on in karate sparring (both tournament and freestyle). Sticking to the same old methods can get you left in the dust.

Interesting how often you sound a lot like Rhadi Ferguson on many issues.

You know, I just read a discussion of the Black Swan in Forbes. I have to read that book.

I did not know I sounded like Rhadi, but I know we do agree on a lot.

Plus he gets major points from me because whenever anyone would put Ronda down for being too mean or using too many armbars, Rhadi would stand up for her and say they were being prejudiced against her because she was female, that he does the same thing and she was his hero.

Anyone who is nice to my kids is on my good side, or they would be, if I had one.

I like your ideas on this subject. As a BJJ practitioner, with minor Judo experience (green belt), I have been able to surprise most BJJ guys (even higher ranks) because they are not used to my style of standup play.

They often try to get me to change my stance to a pseudo wrestling crouch. But it gets me into trouble every time. My difference is my advantage.

I also keep hearing about "The Black Swan" by Nassim Taleb. I just listened to a Google talk where Stephan Baker, who wrote "Numerati," mentioned his work.