Out of Shape or Over-training?

I was going to write about something else today but the comments on the last post on over-training were so interesting that I decided to write about periodization instead.


To talk about an absolute level of overtraining that isn't tied to how well trained you are to start with is the wrong way to think about it.


I kind of agree and kind of disagree. Certainly what is "over-training" for, say, Ronda, who is a professional athlete and Blinky, who is a grandfather many times over, are two completely different things. I will bet he was a lot more fatigued after this workout than she was. 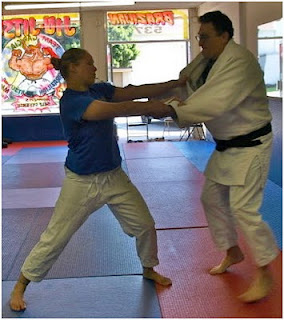 
Empirically I would say that every time that you start training and you feel as tired as you have been at the end of the previous training, you have not rested enough to recover.


I have never felt that way but I would certainly agree that if I did it would be a very bad sign.

Where I disagree is with those athletes who take their fatigue as indication that they are training "too hard".  Rather, I think their problem is usually that they have not been training hard enough and are out of shape.


The FIRST thing those athletes need to do is train less today than they did yesterday because they aren't in good enough shape to do a workout at the level they should be doing it to win. However, the mistake they often make is to stay at that lower level of workout for fear of "over-training".

The SECOND thing they need to do, which most of them don't, is increase their training gradually over time so it is at a much higher level.

This goes back to the concept of periodization. (See, you should really read our book. However, since it is not done yet, you can read this post on periodization instead.)

It cannot succeed in actual fact, that is exactly what I think.