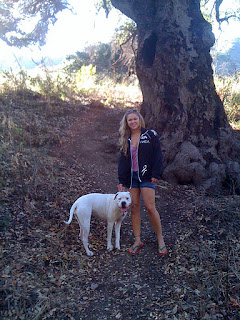 Ronda dropped by to visit today and we had a difference of opinion on something, which reminded me of something that happened a long time ago ...

We were visiting (*cough *cough) Judo Club and one of those things happens that happens to everybody if they are in judo, or really, any martial art, for long enough. You run into a jerk.

So I am a kind of little, kind of old lady and this guy quite a bit bigger asks me to do matwork. I was still young enough to work out somewhat, and so, I say okay, even though he is bigger than the partner I would usually choose. Thirty seconds into it, it's pretty obvious he is a jerk and a bully and trying to muscle me and show off, "I beat the world champion".

When the person running practice calls time, Mr. Jerk "doesn't hear it", keeps going and "accidentally" pushes me into the wall. 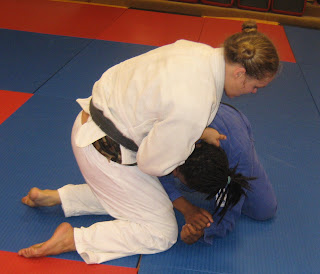 Ronda, who was just a skinny little brown belt, comes over and asks me what is wrong with my wrist that I'm rubbing. I told her it was nothing, that jerk just pushed me into the wall is all.

The next round,  Ronda has some young brown belt guy a bit older and a lot bigger than her. She throws him off the mat, throws him on the mat and lands on him and just generally beats the crap out of him. People even stop to watch. This is extremely out of character for Ronda, who was generally a very nice kid.

When they call matte, I pull her aside and hiss at her,

"We are visiting here! What the hell was THAT all about? Don't you have any manners at all?"

Unrepentant, she shoots back, 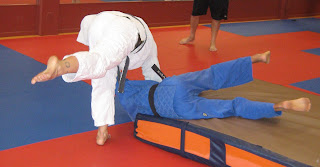 Shaking my head, I told her,


"It wasn't him! It was the guy standing next to him."


Two weeks later ....
I run into a friend of mine who is a judo coach. He asks me whether I had taken Ronda to visit (*cough *cough) Judo Club a couple of weeks ago. Surprised, I tell him yes, why, and he says ...

"There was a tournament a couple of weeks ago. The practice after a tournament, I discuss each person's individual performance - Joe got second place, his throws looks good but he needs to work more on his defense on the mat. Stuff like that. I tell them that if they have any questions they can stay and talk to me after class. So, one of my guys comes to talk to me and says, 'I don't have any questions about the tournament, but I do have a question. I was visiting this judo club after the tournament and this girl just beat the crap out of me.' I asked him was the girl bigger than him, and he said, no that was the weirdest thing about it, she was this skinny little girl with a blonde ponytail."

I LOVE THIS STORY!

I love the ring of familiarity in all the interactions on the mat that you described, but what makes this story great is: Mom loves daughter; daughter loves Mom.

Reminder #3 - Every dojo needs a good enforcer to keep the pissants in line.

LMAO -"It wasn't him! It was the guy standing next to him."

At least she did not loft someone upside down into the bleachers with harai goshi. Did she ever catch up with Mr. Jerk?

No, she never got to randori with Mr. Jerk. It was the end of practice and, since we were just visiting, we didn't run into him on the mat again.