The Most Important Things I Learned from Judo

and how destroying my knee made me a world champion

I'm not very good at throwing, as you can see by my less than perfect technique here.  At a very young age, I had what in a less stubborn person would have been a career-ending injury. My knee was so damaged that it became physically impossible to balance on my right leg and throw someone - eliminating a whole range of throws. Eventually, my other knee started to give out, from years of bearing 80% of my weight, and it became increasingly difficult for me to lift anyone even when standing on both legs. The only reasonable decision was to quit competing.

No one has ever accused me of being a reasonable person. Instead, I pursued international competition, rather successfully, if I do say so myself.

What I learned was to turn strengths into weaknesses. As you can see here, my throwing technique is not the best. I start in a standard grip. 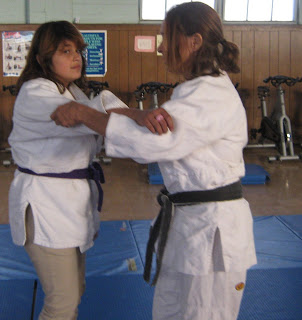 I turn into a throw, just like anyone else. 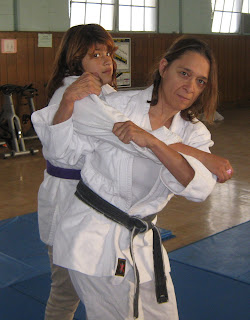 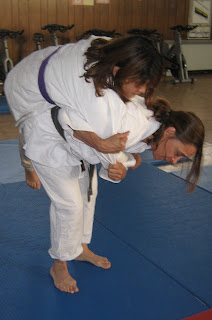 The opponent just sort of ungracefully rolls off of me and lands on her side. Not very hard and not completely on her back. 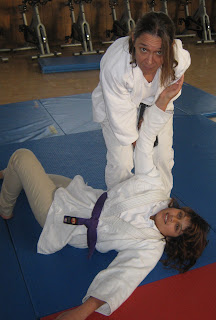 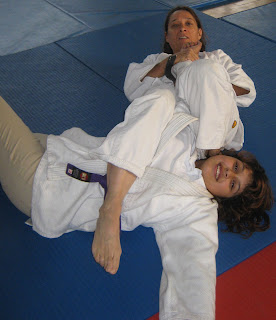 It takes less than a second for me to fall backwards, taking her arm with me. As I fall, my right leg goes over her body and both hands slide up to her wrist so that I have her arm locked against me with two hands. Then, I just arch to finish the arm bar.

What I learned was this -- to turn my weakness, that is, my inability to lift someone up so that I could throw them hard and flat on the back - into a strength, by practicing the transition from that rolling off my back position into a really tight arm bar.

When I got injured, I thought it was the end of the world, that I would never be able to do judo again. Oddly, it was probably one of the best things that ever happened to me. I learned to focus on what I could do and not what I couldn't do. When I was injured things like ligament replacements and total knee replacements didn't exist. That meant I had to find a different way to win that didn't require being able to stand up very well.  I learned to look at what other people were not very good at as an opportunity - that was mat work in general and particularly the transition from standing to mat work and the transition between mat techniques.

If I hadn't blown my knee out when I was a teenager, I'd probably have gone along like everyone else, trying to do a better shoulder throw and never have really won very much outside of the U.S.

Three other really important lessons I learned at the same time were:


For example,  I decided to write a game in javascript, just because. The fact that I didn't know javascript when I decided this did not deter me in the slightest. Today I got it to work. Tomorrow, I'll get it to work better.

While I'm getting too old to pull off the arm bars 100% of the time, those lessons help me in business every single day.
Posted by Dr. AnnMaria at 10:44 PM

I have to say that this is similar to me and my deafness. I can't hear like a person with working ears can, but I found other ways to listen - through paying truly intense attention, noticing body language more than others and by being more pro-active about where and when conversations take place than others.

Always a pleasure to read your words, Doctor. Keep it up.

Nice write up! I love that you made this point ... "success often comes from doing something not being done by others" This fact is very rarely discussed.
Thanks for your time and effort.

Thanks for the kind words. I would guess that you may notice some things through body language and other cues that people who hear miss.

On the opposite side of that, I have a friend who is blind and I am sometimes stunned by the things she repeats that people say in front of her. I mean, she's blind, not invisible! I'll ask her why anyone would let their guard down in that way, and she just shrugs and says, "They just dismiss me, oh it's just the blind lady."

The funny thing is, it has given her insight into certain people that others don't have and it has benefitted her in some interactions, because, as she often says , "I'm blind, I'm not stupid."

In 1995 i visited the Dojo after a serious knee lesion to look the training session outside of the tatami. Then my sensei approaches to me and ask : "Where are your judogi?" - "I'm not going to train, i can't walk, Sensei" - " And who tells you that you have to walk to learn JUDO?... here, puts on this judogi and start to work on your newaza..!"
Great article, Sensei.