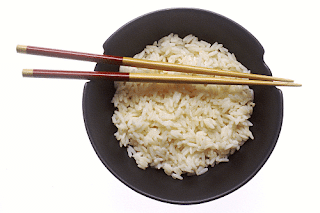 Perhaps you heard about Ronda's free rice group. If not, here's the description:


Because it sucks to be hungry! I'm Ronda Rousey, I'm cutting weight for the fight for the 135 lb world title and I'm hungry. How much more would it suck to be hungry every day? So I'm asking all of my friends and fans to be part of my freerice.com group to donate to the World Food Programme. When we hit 1,000,000 I'll send a t-shirt to the 3 highest donors. I have special prizes for the 3 highest donors as of when I weigh in on March 2nd. With 20,000 twitter followers plus my friends in judo and MMA, I'll bet we could donate 1,000,000 grains a day. That's enough to feed almost 300 people every day. Come on, play free rice, do good, get smarter and I'll send you swag.
Here is the link to join the group and play. It's free! Money is donated by sponsors.
http://freerice.com/content-group/rondamma

I was really surprised when I saw that no other person in judo, mixed martial arts or other weight-cutting sport had thought of this. Maybe it's just because Ronda is always playing computer games when she's not working out it just seemed a natural for her.


Anyway .... we were talking about this and thinking that it would be possible to donate up to a million grains of rice a day. Someone said, well that's only enough to feed less than 300 people a day, that won't matter. Ronda's answer was that if you were one of those 300 people and you were starving it would matter to you. Apparently a lot of people agreed because in less than 3 days her group had donated over 2,000,000 grains of rice and was #92 in the world - up from 164 for the day before and non-existent the day before that.

How it works is if you click on the link to join the group, you answer questions and for every correct answer 10 grains of rice are donated by the ad sponsor. (The ads vary.)  Make sure when you are playing that it shows rondamma as your group at the top right if you want the group to get credit.

She has free swag to give out. T-shirts for the top 3 the first day, at 1,000,000 and something special (I don't know what) for three highest by her weigh-in date.

Here were the three highest the first day

There were four because I didn't catch it right at one million and I don't know who was highest.
If your name is listed and I haven't heard from you, please tweet me or Ronda on twitter so we can follow you, DM you and get your address.

I was actually at an American Statistical Association chapter meeting  this evening and then had to write a program when I get home so I haven't seen the t-shirts and I don't even know who donated them or if there will be more swag to give away before the weigh-ins on March 2nd. I'll let you know what I find out.
Posted by Dr. AnnMaria at 2:36 AM

I'm doing it but their stupid site keeps logging me out.

Yeah, the same thing happens to me. I'll have answered 30 questions, look up at the top and realize some how I'm not logged in. Oh well, at least the rice still gets donated and people get fed.

You mentioned "donated t-shirts."
I sent about a dozen plus a hoodie to Dynamix 12/28...maybe these are the ones? https://twitter.com/#!/BlackBeltNation/media/slideshow?url=http%3A%2F%2Ftwitpic.com%2F86pcs8
-BlackBeltNation

Yes, you must be Bill. We are sending one back to you with a thank you note. Sorry for the delay.

2 questions - what did your judo teammates affectionately call you? Was it "enemy"? And do you know anywhere I can watch the whole video of AnnMarie Burns (USA) - Natasha Hernandez (VEN) ? And/or even the earlier matchs of the World Tourney?