Running a start-up requires ignoring the large majority of people who tell you that you can't do something. Fortunately, I have a lot of experience with that.

Here are some of the reasons I heard that I could never win a national (much less world) judo championships.
All of those are valid arguments, except for the fact that I moved out of Illinois and went to college. I was able to use my scholarship funds to train for a year in Japan at Waseda University. Turns out that you don't have to bloom where you're planted. I asked if I could train with the men's team at Waseda University and even though they thought it was pretty crazy, they let me. Thankfully, Bruce Toups and Frank Fullerton funded my travel to Europe to compete out of their own pockets because they thought I had a chance to bring a gold medal home to the United States.

Because my knee was badly injured, and there was no such thing as knee reconstruction back then, I had to compensate by getting very, very good at matwork. Because I assumed I would never win a decision and that my opponent would have better technique than me, I learned to attack right off the grip to get the first score, attack continuously to never give my opponent the opportunity to attack. I also learned very, very well techniques that would end the match in a manner that left no question who won, chokes, pins and especially arm bars. (Hint to the referee: The woman without the broken arm should be awarded the win.) There are 24 hours in a day and if you work for 8 and sleep for 8 it still gives you 8 hours a day to train.

All of the reasons I couldn't do it were true - several years, I missed even competing in the national championships because I was pregnant, in graduate school or just didn't have the money to travel.


I also won the national championships three times and won a world championships, despite all of the reasons that I couldn't do it. 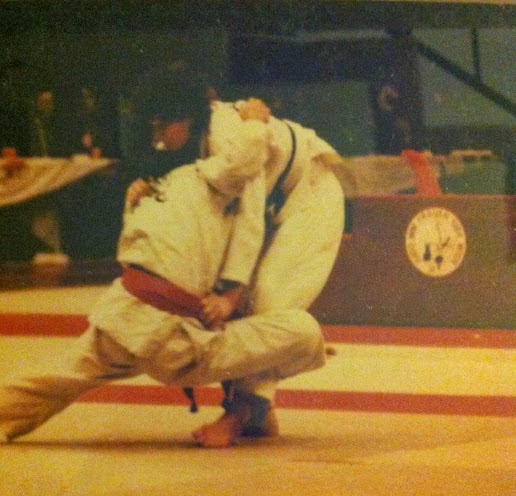 They were right, here is an example of my bad technique in the finals of the world championships. I didn't score an ippon. I didn't even score a koka.
However, what I did do was take her to the mat, and here is what happened next. 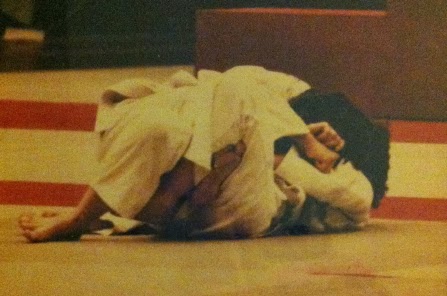 Even if the referees don't like you, they tend to give the decision to the person on top.

My answer to all of those critics way back when was,

SOMEONE is going to win the world championships. Why not me?


Now I'm running an educational gaming start-up and hearing again all of the reasons I cannot succeed:
After years of doing things people told I couldn't do in judo, I'm not  easily dissuaded. Frankly, some of these arguments are just stupid. No one has experience in anything until they do it, and then they do.

Good developers are expensive and hard to find, but I've been programming for years, so, I just switched to programming for games. An array, do loop, function and all of that is the same whether you are creating applications for tracking inventory or movements in a game. A lot of the money people get from investors goes to paying for development and marketing. We just do the development ourselves and cut out the middle man. I offered our CMO equity in return for taking a cut in pay to come work for us. Yes, it is hard to sell to school districts, but you know what, they are buying games, textbooks, curriculum.  If I can make a game that kids want to play and demonstrate that their math skills are better, teachers and parents will want to buy it from me.

SOMEONE is going to make the next breakthrough in educational technology. Why not me? 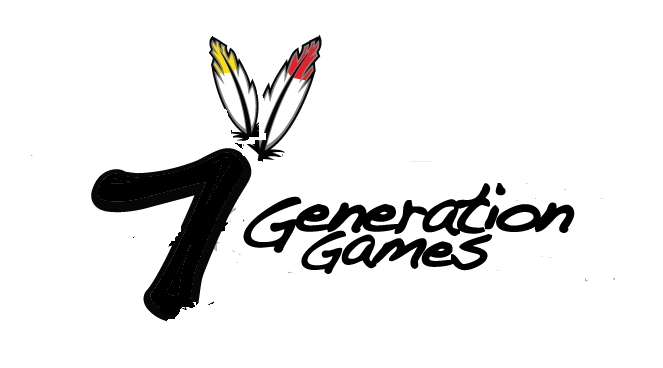 Buy Spirit Lake - the only game Mom will let you play on a school night
Posted by Dr. AnnMaria at 1:30 AM

I love stuff like this! I'm a start-up company, I make puppets for a living and I get this all of the time. Truth is, these are not "reasons", they're excuses made by losers without vision. All we have to do is look at history. The Wright Brothers, Nikola Tesla, and even Albert Einstein who was told by his grade school teacher that he would "never amount to anything". You'd think that the naysayers would learn not to naysay anymore, but I guess the more things change, the more they stay the same.

With confidence like that which exudes from your pores, Mrs. DeMars, failure can never be an option. And this is why your 'little pumpkin' will never lose because she is resolved never to accept failure. And some would say that the fact that she is stronger, faster, and technically smarter than any and all of her competition might have a little something to do with it. But i say those physical attributes are a product of that resolve, that instilled confidence.
The common sense philosophy displayed in these blog pages is a testimony to your unflinching resolve. I do so enjoy reading/hearing your words, Mrs. DeMars.
And on a somewhat unrelated note:
I was present at both the 1996 and 2000 Olympic trials for swimming in Indianapolis. My niece, a 4 year all american at Stanford was competing. As i watched the young men and women compete i came to the conclusive realization that the true cream, the best of the best, have to possess the resolve to perform at a championship level even on their worst day. In all my years i have never heard anyone else use that piece of flawless wisdom, (...to be a true champion, you have to be able to beat everyone else on your worst day), except you...and your daughter...which she claims is a quote from you.
It remains obvious that success will follow you and yours in whatever you do and wherever you choose to go in life. I would finish with 'Good luck, Mrs. DeMars', but I know you will not need it.
One more thing...
...and if this is too personal and none of my business, please don't feel the need to answer.
I have watched your 1984 match and listened to Brent Musberger countless times. He states at the beginning of the clip that you wish to dedicate the championship win to your 6 month old son. I thought you had 4 girls????

I started a web based game three years ago and had to learn PHP to cut out that very expensive, on a different page with different ideas, middle man. I ended up coding hundreds of thousands of lines, and got everything done that I needed to get done, albeit a little sloppy, but it was a great experience. I never thought I could learn a computer language in that amount of time. The only nay sayer was me!! I gave up because I couldn't find someone to draw the way I wanted to and my funds were getting sucked up! Ah, well. Walking away with the experience was more important to me.