Which belt would you wear? 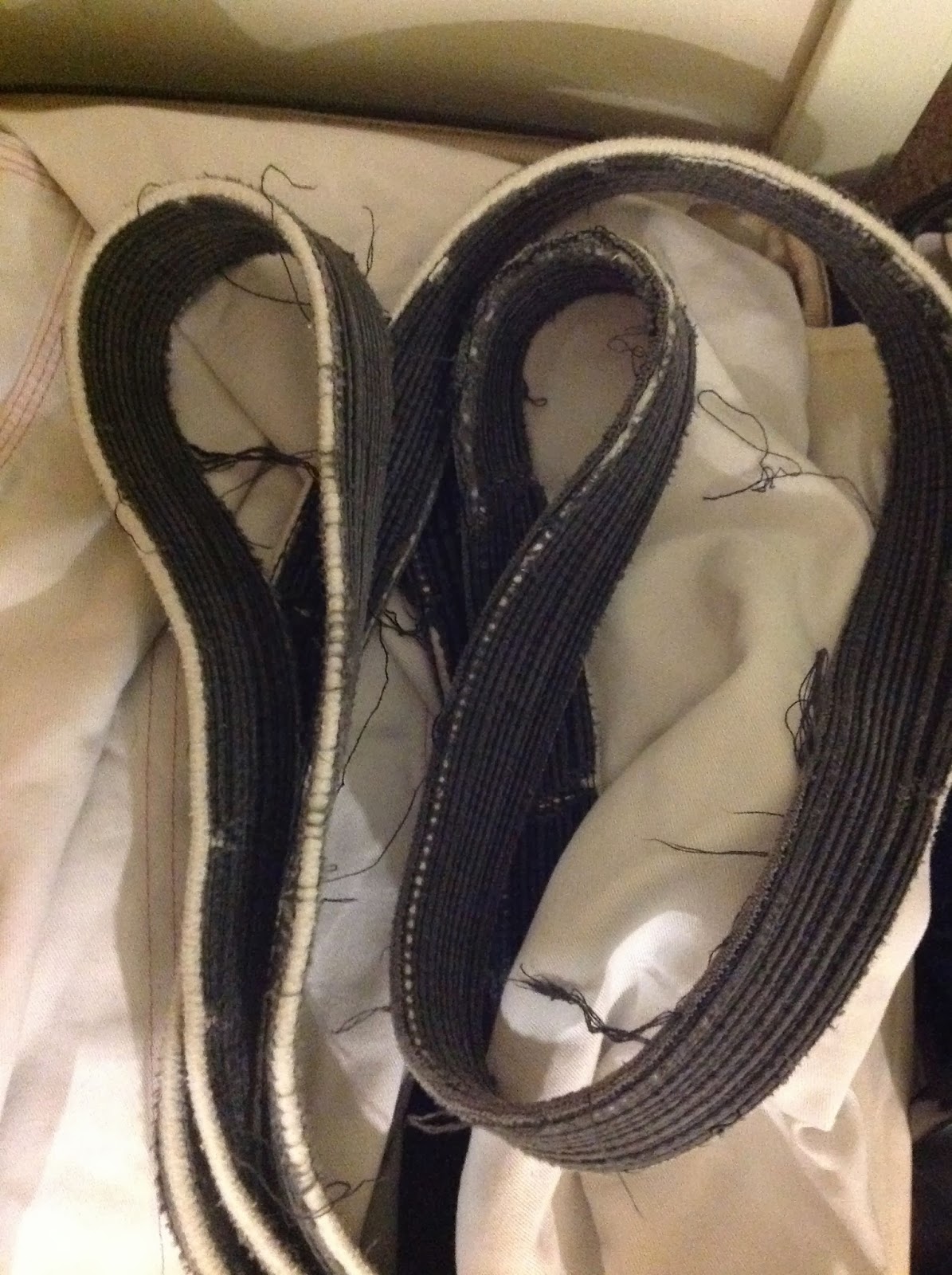 I was packing to go to Sioux City, Iowa on Friday and I had limited space in my suitcase. So much that I could only fit in one belt. I have two belts, a ragged black one and a red and white one. Often people ask me to bring  the red and white belt because it is rare that anyone sees a woman who is a sixth-degree black belt or higher.

I thought about which one to take for a minute and I realized that I have been a black belt for over 36 years. My belt looks like this from years of use in practice. I made my black belt this way. The red and white belt was just something a bunch of old men voted to give me.

I packed the black one.

It was a great clinic today. Thank you to everyone who came.  It also raised money to send some students from Sioux City, IA to judo tournaments.

Tomorrow, I'm speaking to students at the Sioux City schools and then heading home.
Posted by Dr. AnnMaria at 10:40 PM

Thank You for comming... Sioux City Judo Club loves you!

Your belt did great.. haha You were awesome.. Great clinic.. The Sioux City Judo Club loves you! Come back soon!

That's just about twice as long as me. I also noticed that I've been a black belt for half my life now.

My original black belt is halfway ripped through, unfortunately, so I can't really wear it anymore.

I am happy i don't have to have a twitter or a facebook account to comment here.
I thoroughly enjoy reading your anecdotal scribble and rarely miss an installment.
You, your famous daughter and the rest of the clan are the best!
Keep it coming!!
Mike R.

I wish i had an extra grand lying around so i could buy those gloves!!!

Cielos is so happy he had a chance to workout with you. His eyes light up when he talks about the clinic. He said he hopes to see you again soon :) Thank you so much for coming to Sioux City!!!

You're very welcome. It was a lot of fun.