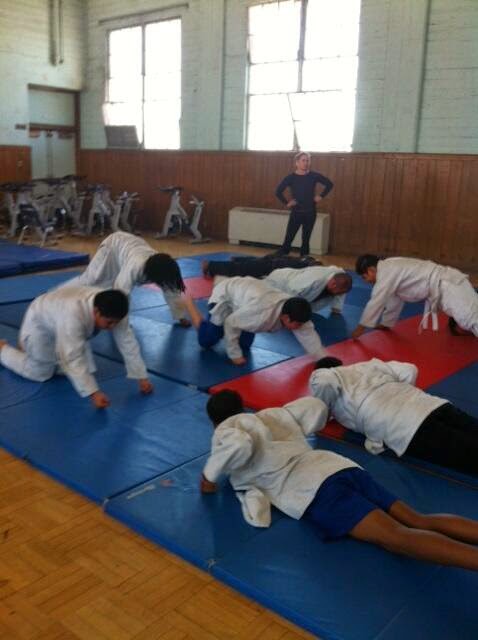 You'd think since it is a Friday, school got out early, it is Cinco de Mayo on Monday and it was 92 degrees that there would not have been a big turnout for judo.

You'd have been wrong.

I was NOT happy that some of our students lost matches at the last tournament because they were out of shape. So, twice in the last month, we have had the great good luck to have Jeff Fujimoto come and run practice, because a young person in his twenties is going to be able to work out harder alongside them than me.

You know who would be even tougher than a medical student in his twenties? A professional fighter in her twenties. So, Ronda popped by practice today and started with having warm ups with half an hour of running, push-ups, sit-ups, shrimp crawls and a lot of uchi komis.

After that, it was time for some technical training.

I'm sure when Mr. Will Beane went to school today he wasn't thinking this was how his day was going to end, being thrown by Ronda - over and over - to demonstrate correct technique. 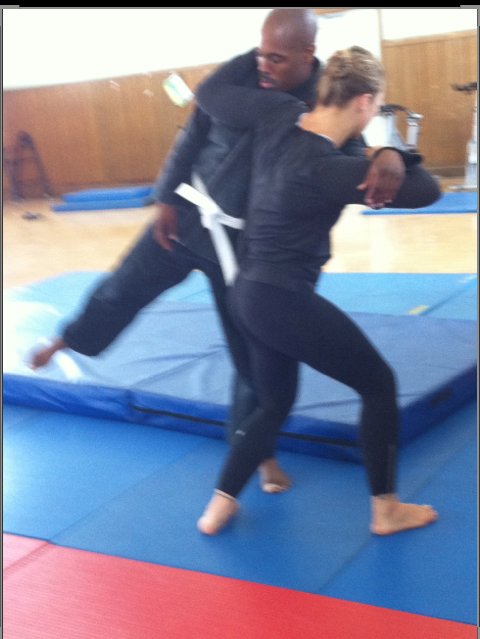 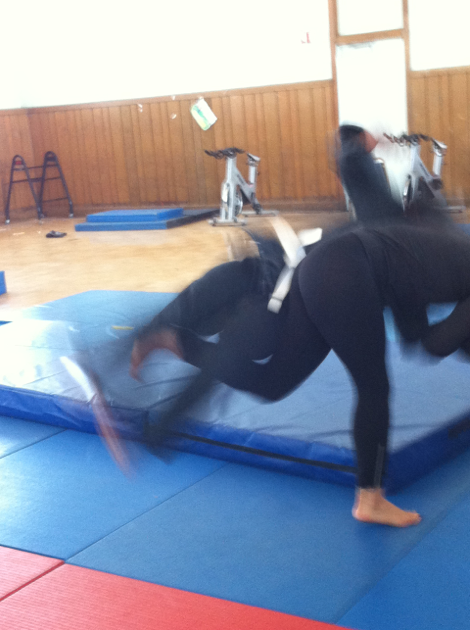 He was a great sport about it, though.

Despite the heat, the hard work out, the fact that all of their friends had left school three hours ago, every student stayed until the end and had smiles on their faces - well except the ones that were trying to look tough when we took the photos, and the ones who were too tired to smile (Iain, I'm looking at you, son.) 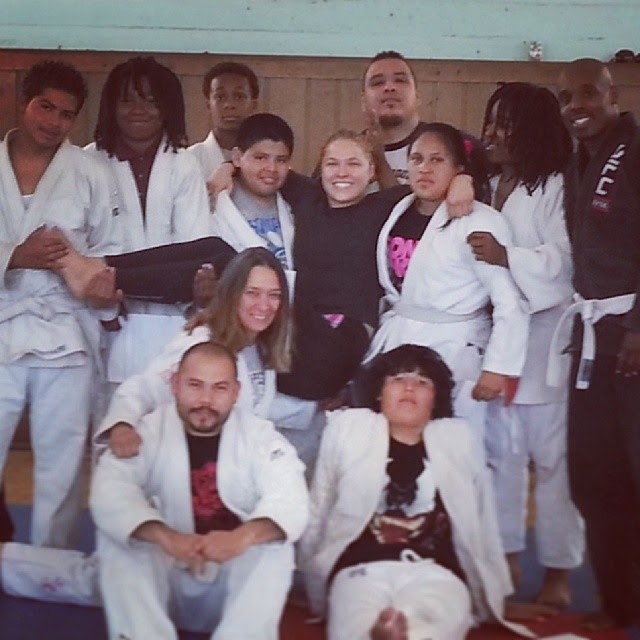 Also, special thank you to the Woodcraft Rangers staff, especially Ms. Robinson, who brought up boxes of juice for the students. There is only one (frankly disgusting) water fountain for all of the people below, and it is important to stay hydrated when you're working out this hard in this kind of weather. Her consideration was appreciated. 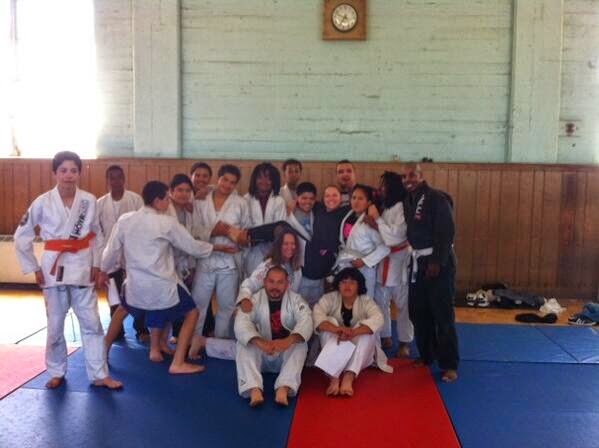 In case you don't read this blog regularly, here is the story of the Gompers Judo Program …

I have four daughters. The two middle ones, Ronda and Jenn, are 13 months apart. When Ronda was 21 she won an Olympic medal. Meanwhile, Jenn, at 22, was finishing her teaching credential and masters in urban education from USC. She was student teaching at Gompers Middle School and brought her sister in as a visual aid for teaching the concept of budo. The students were so interested in judo that Mr. Gonzales, Jenn's supervisor for her student teaching, asked if she knew anyone who would teach a judo class - for free, since there was no budget. Ronda offered to do it.

So, for two years, Ronda taught every week at Gompers, on borrowed mats, with judo gis friends had outgrown. As her mixed martial arts career grew, I ended up substituting for her and eventually taking over. We had more mats donated this year so were able to increase the number of students allowed in the class from 12 to 16.

Ronda still comes back once a year to teach and visit everyone. She doesn't tell anyone about it in advance so that there are no media people - no cameras (except these on our cell phones) - because she wants the kids to know that she does it for them and not for publicity.

As a father, secondary math/science teacher, former engineer, and recently promoted Rokyu I find your blog to be right on the money. And your book has helped my Judo a great deal in a very short period of time. Domo arigato!
Mike
@THOMPSONLD50

Wonderful.....you raised a keeper there mama D.
And during fight camp, no less!!!